Apple gave its TV 4K set-top box some love this year by upgrading the internals and revamping its accompanying Siri remote. But it didn't change the price, which means you'll still pay at least $179 for it. However, Amazon has a new deal that knocks nearly $20 off the 64GB Apple TV 4K, bringing it down to $180. The base, 32GB model has been on sale for $169 for a few weeks at this point, but this new deal essentially lets you get the extra-storage model at the base's original price. We consider the 2021 Apple TV 4K to be the best high-end streaming box you can get, and it's even more attractive if you live in the Apple ecosystem.

Just What You're Looking For: Recommender Team Suggests Winning Strategies

The final push for the hat trick came down to the wire. Five minutes before the deadline, the team submitted work in its third and hardest data science competition of the year in recommendation systems. Called RecSys, it's a relatively new branch of computer science that's spawned one of the most widely used applications in machine learning, one that helps millions find what they want to watch, buy and play. The team's combination of six AI models packed into the contest's limit of 20 gigabytes all of the smarts it culled from studying 750 million data points. An unusual rule in the competition said the models had to run in less than 24 hours on a single core in a cloud CPU.

NVIDIA unveiled the eighth generation of its widely used TensorRT on Tuesday, announcing that the AI software is twice as powerful and accurate as its predecessor while cutting inference time in half for language queries. Tensor RT is used by hundreds of companies for things like search engines, ad recommendations and chatbots. Siddharth Sharma, head of the product marketing team for NVIDIA's AI software, told reporters on Monday that it has been downloaded more than 2.5 million times and is in use by companies like American Express, Verizon, LG, Ford, SK Telecom, KLA, Naver, GE Healthcare and USPS. "TensorRT 8 is twice as powerful as 7, twice as accurate as TensorRT 7, and it supports sparsity which can dramatically reduce the amount of compute and memory needed for running applications," Sharma said. That is huge and I believe that is going to lead to a completely new generation of conversational AI applications.

While the robot butlers and flying cars of sci-fi cartoons haven't yet made it into our homes and driveways, you can still build your own tech utopia -- with the right products, of course. One good way to discover your perfect tech item? Think of a problem you'd like it to solve for you. Lenovo has a well-earned reputation for innovation, and their high-performing tech delivers on problem-solving promises. We've got our favorite recommendations here, to get you started: With see-through panels and plenty of fans for airflow, this sleek prebuilt desktop offers major bang for your buck, with Intel Core processing and NVIDIA graphics (especially in light of the rising costs of GPUs).

Boost your tech career with new electronics, Raspberry Pi, and robotics skills for only $20

You may be surprised to learn that the top tech companies – Apple, Google, Microsoft, Amazon, and Facebook – hire just as many programmers who have learned their skills from bootcamps as they do college graduates. So if you've started down the path of a tech career and want to take it to the next level by boosting your electronics, programming, and robotics experience, you can train at your own pace with The 2021 Raspberry Pi & Arduino Bootcamp Bundle for just $19.99. Here are a selection, with prices ranging from around $30 to over $400. You need no experience whatsoever with Raspberry Pi to start with "Raspberry Pi For Beginners: Complete Course". You'll learn how to use Python 3, Flask, GPIOs, and more to build incredible projects.

The post-pandemic boom in the semiconductor business has powered Nvidia Corp. into the top 10 U.S. public companies, joining the likes of Apple Inc. and JPMorgan Chase & Co. Shares of the Santa Clara, Calif., firm have risen nearly 80% over the past year, giving it a market value of around $453 billion. That is more than rivals Intel Corp. and Broadcom Inc. combined. Nvidia makes processors that power gaming and cryptocurrency mining. Chip shares have risen in part thanks to a pandemic-induced global shortage of semiconductors that has driven up the prices of everything from laptops to automobiles. 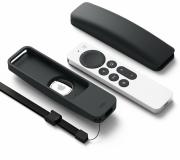 It's not crazy to think that Apple should've injected its extensive Find My Network for lost devices into the Siri Remote. But the company didn't, so Elago went ahead and created the Remote R5 case -- equipped with a slot for an AirTag. The R5 case is made of a thick silicone that protects the Apple TV remote from accidental drops. It also has a strap attached to it for extra security if you're the clumsy type and a dedicated Siri button on its right side. On the case's inside, there's a circular slot made specifically to house an AirTag.

While Part 1 of this 2-part blog series covered Deep Neural Networks and the different accelerators for implementing Deep Neural Network Models, Part 2 will talk about different Deep Learning Frameworks and hardware frameworks provided by FPGA Vendors. Deep learning framework can be considered as a tool or library that helps us to build DNN models quickly and easily without any in-depth knowledge of the underlying algorithms. It provides a condensed way for defining the models using pre-built and optimized components. Some of the important deep learning frameworks are Caffe, TensorFlow, Pytorch, Keras, etc. Caffe is a deep neural network framework designed to improve speed and modularity. It is developed by Berkeley AI Research.

Nvidia is launching the $100 million Cambridge-1, the most powerful supercomputer in the United Kingdom, and it is making it available to external researchers in the U.K. health care industry. The machine will be used for AI research in health care, and it's one of the world's fastest supercomputers. Nvidia will make it available to accelerate research in digital biology, genomics, and quantum computing. Nvidia is collaborating with AstraZeneca, maker of one of the COVID-19 vaccines, to fuel faster drug discoveries and creating a transformer-based generative AI model for chemical structures. Transformer-based neural network architectures, which have become available only in the last several years, allow researchers to leverage massive datasets using self-supervised training methods, avoiding the need for manually labeled examples during pre-training.

He said the system will enable research breakthroughs at a scale and speed previously impossible with global impact potentially benefiting millions. Its first projects with AstraZeneca, GSK, Guy's and St Thomas' NHS Foundation Trust, King's College London and Oxford Nanopore Technologies include developing a deeper understanding of brain diseases like dementia, using AI to design new drugs and improving the accuracy of finding disease-causing variations in human genomes. Cambridge-1 is the first NVIDIA supercomputer designed and built for external research access. The company will collaborate with researchers to make much of this work available to the greater scientific community. The system is located at a facility operated by NVIDIA partner Kao Data. Cambridge-1 is the first supercomputer NVIDIA has dedicated to advancing industry-specific research in the U.K. The company also intends to build an AI Center for Excellence in Cambridge featuring a new Arm-based supercomputer, which will support more industries across the country.