DEARBORN, Mich., JULY 21, 2021 – In an industry-first collaboration, Argo AI, Lyft and Ford Motor Company are working together to commercialize autonomous ride hailing at scale. The unique collaboration brings together all of the parts necessary to create a viable autonomous ride hailing service, including the self-driving technology, vehicle fleet and transportation network needed to support a scalable business and deliver an exceptional experience for riders. "This collaboration marks the first time all the pieces of the autonomous vehicle puzzle have come together this way," Lyft co-founder and CEO Logan Green said. "Each company brings the scale, knowledge and capability in their area of expertise that is necessary to make autonomous ride-hailing a business reality." As vehicles are deployed, Lyft users within the defined service areas will be able to select a Ford self-driving vehicle to hail a ride.

Carmera and Toyota collaborated on a mapping project in Detroit in 2019. Less than three months after acquiring Lyft's autonomous vehicle unit for $550 million, Toyota subsidiary Woven Planet Holdings made another acquisition to strengthen its position in the market. Woven Planet is acquiring HD mapping startup Carmera for an undisclosed amount. Carmera and Toyota are already quite familiar with each other. The companies collaborated on multiple projects from 2018-2020 in Detroit, Michigan, and Japan.

Facial recognition technology is known to have flaws. In 2019, a national study of over 100 facial recognition algorithms found that they did not work as well on Black and Asian faces. Two other Black men -- Robert Williams and Michael Oliver, both of whom live in the Detroit, Mich., area -- were also arrested for crimes they did not commit based on bad facial recognition matches. Like Mr. Parks, Mr. Oliver filed a lawsuit against the city over the wrongful arrest. Nathan Freed Wessler, an attorney with the American Civil Liberties Union who believes that police should stop using face recognition technology, said the three cases demonstrate "how this technology disproportionately harms the Black community."

A Ford plant in Michigan has enlisted two Boston Dynamics robots to aid in laser scanning the plant as it's prepped for updates, Ford announced yesterday. The robots, nicknamed Fluffy and Spot, will roam the Van Dyke Transmission Plant in Dearborn, MI on four legs, much like a dog would. However, unlike their furry counterparts, these robots are equipped with five cameras, can perform 360-degree scans and are able to climb stairs for hours. Ford is leasing the Boston Dynamics Spot robots (although you can buy them for $75,000) and deploying them in early August. Fluffy and Spot will scan the plant so engineers have an updated model of what the floor looks like, as changes have been made over the years that may not have been documented, said Mark Goderis, Ford's digital engineering manager.

Two police vehicles with two officers in each car were surrounded and attacked by protesters while trying to direct the crowd away from a street during a protest. LANSING -- Black Democrats in the Michigan House called Wednesday for a ban on the use of facial recognition technology, saying it tends to misidentify people of color. The proposed ban is part of a package of police reform bills proposed by Detroit Democrats and the Michigan Legislative Black Caucus. It goes beyond police reform measures recently called for by Gov. Gretchen Whitmer and Attorney General Dana Nessel, both Democrats, and flies in the face of a recent pledge by another prominent Democrat, Detroit Mayor Mike Duggan, to continue using the technology as a crime-fighting tool. The state representatives called for the ban following a recent incident in which a Black Farmington Hills man was arrested by Detroit Police and held for about 30 hours after he was falsely identified in a retail theft case by facial recognition technology. 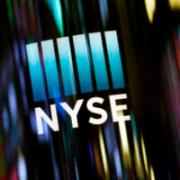 DETROIT - Ford revealed details of its long-awaited restructuring plan Monday as it prepared for a future of electric and autonomous vehicles by parting ways with 7,000 white-collar workers worldwide, about 10 percent of its global salaried workforce. The major revamp, which had been underway since last year, will save about $600 million per year by eliminating bureaucracy and increasing the number of workers reporting to each manager. In the U.S. about 2,300 jobs will be cut through buyouts and layoffs. About 1,500 have left voluntarily or with buyouts, while another 300 have already been laid off. About 500 workers will be let go starting this week, largely in and around the company's headquarters in Dearborn, Michigan, just outside Detroit.

Ford Motor Company, along with General Motors, Toyota and Volkswagen, may have started out as automotive manufacturers, but they now refer to themselves as "mobility service" companies. Ford believes "freedom of movement drives human progress." While it is now a global company, Ford started out more than 100 years ago in Dearborn, Michigan. The company revolutionized manufacturing by introducing the moving assembly line and made car ownership possible for everyday folks and not just the wealthy. Today, the company focuses on technology first and uses artificial intelligence (AI) and machine learning in many ways from connected car solutions to the development of autonomous vehicles.

One of the new impressive features that will come along with Ford's 2019 Edge and Edge ST is the use of artificial intelligence aimed at improving traction and fuel usage in the SUV. The Dearborn, Michigan-based automaker says the Edge SUV will come with its new "all-wheel-drive disconnect" which will switch automatically between two-wheel and all-wheel-drive "in a fraction of a second." Ford says the SUV set to hit dealers later in September, will use a "form of artificial intelligence to sift through information like wheel slip, road conditions, vehicle speed, windshield wiper usage and outside temperature." As for how the Edge will be able to improve fuel usage, the automaker says it will use features such as active transmission warm-up, deceleration fuel shutoff and exhaust gas recirculation. Scott Beiring, Ford driveline applications supervisor, said in a news release that the shifting between two-wheel and all-wheel-drive "needs to be fast and seamless enough that the customer doesn't know it is happening.

110 years later, a conversational assistant is another step in automotive innovation - Internet of Things blog

In 1908, automobiles had already been around for decades. Yet they were still a novelty; expensive and out of reach for most Americans. But that all that changed when the first Ford Model T was assembled in Detroit, Michigan. It was a car built for the middle class. It wasn't cheap at $825 (or about $18,000 by today's standards) but it was much less expensive than previous vehicles.