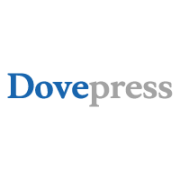 Artificial intelligence (A.I) driven voice-based assistants may facilitate data capture in clinical care and trials; however, the feasibility and accuracy of using such devices in a healthcare environment are unknown. We explored the feasibility of using the Amazon Alexa ('Alexa') A.I. voice-assistant to screen for risk-factors or symptoms relating to SARS-CoV-2 exposure in quaternary care cardiovascular clinics. We enrolled participants to be screened for signs and symptoms of SARS-CoV-2 exposure by a healthcare provider and then subsequently by the Alexa. Our primary outcome was interrater reliability of Alexa to healthcare provider screening using Cohen's Kappa statistic. Participants rated the Alexa in a post-study survey (scale of 1 to 5 with 5 reflecting strongly agree).

For lung nodules, CNN have been shown to distinguish between benign and malignant classifications at a higher performance than traditional CADx systems due to their ability to function at higher degrees of noise tolerance (Hosny et al. 2018; Nasrullah et al. 2019). Furthermore, in a study done on patients with non-small cell lung cancer, AI CADx algorithms were able to use CT images to significantly predict which cancers contained EGFR mutations, informing on potential treatment with Gefitinib (Bi et al. 2019). Deep learning algorithms have also been trained to accurately classify prostate cancer on Magnetic Resonance Imaging (MRI), which can promote early treatment as well as decrease the number of unnecessary prostate biopsies and prostatectomy procedures performed (Bi et al. 2019). An additional study reported an AI system that was able to use MRI imaging to accurately generate brain tumour classification differentials at a level that exceeded human performance. The algorithm generated the correct diagnosis in one of its top three differentials 91% of the time, outperforming academic neuroradiologists (86%), fellows (77%), general radiologists (57%), and radiology residents (56%) (Rauschecker et al. 2020).

Chennai (Tamil Nadu) [India], June 2 (ANI/NewsVoir): Kauvery Hospitals, one of India's leading multispecialty chain of Hospitals, have been harnessing the power of AI to better detect and manage the disease in COVID-19 patients. Chest CT scans are an integral part of the diagnosis and management of COVID-19. They help decide severity of the condition, which in turn helps physicians design the right course of treatment. However, this can be time-consuming as all the lung lobes must be carefully evaluated. In the process, interpreting chest CT scans accurately can be very subjective, which could potentially lead to misdiagnosis and inappropriate treatments.

COVID-19 is a new type of respiratory infectious disease. It broke out for the first time in November 2019 and quickly swept the world in less than a year, posing a serious threat to world development and human survival. It is the most challenging problem facing the world today. The disease is caused by severe acute respiratory syndrome coronavirus 2 (SARS-COV-2), which has caused high incidence rate and mortality worldwide.1 At present, the main clinical tool for the diagnosis of COVID-19 is reverse transcription polymerase chain reaction (RT-PCR), but the detection reagent is expensive and insufficient in quantity, and it needs specialized medical personnel to use it.2

The Institute of Information Technology Professionals South Africa (IITPSA) has welcomed the plans by the South African Revenue Service to use big data analytics and artificial intelligence to improve revenue collection and locate tax evaders. IITPSA Board member Moira de Roche says the move is welcome, if overdue. "It should have been done years ago. The more efficiently SARS collects tax that is due, the better off we will be as a country. It has been relatively easy for people to dodge tax before now, so it is a move in the right direction to start using all the data that exists across various government departments and deploying AI to identify trends and potential fraud." 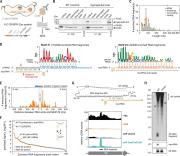 The Cas9 nuclease widely used for genome editing is derived from natural bacterial defense systems that protect against invading viruses. Cas9 is directed by RNA guides to cut matching viral DNA. Jiao et al. discovered that RNA guides can also originate from cellular RNAs unassociated with viral defense (see the Perspective by Abudayyeh and Gootenberg). They rendered this process programmable, linking the presence of virtually any RNA to cutting of matching DNA by Cas9. This capability is the basis of a new CRISPR diagnostic method developed by the authors that can detect many biomarkers at once. Named LEOPARD, this method can detect, for example, RNAs from severe acute respiratory syndrome coronavirus 2 and other viruses, thereby translating a new CRISPR discovery into a powerful diagnostic tool. Science , abe7106, this issue p. [941][1]; see also abi9335, p. [914][2] CRISPR-Cas systems recognize foreign genetic material using CRISPR RNAs (crRNAs). In type II systems, a trans-activating crRNA (tracrRNA) hybridizes to crRNAs to drive their processing and utilization by Cas9. While analyzing Cas9-RNA complexes from Campylobacter jejuni , we discovered tracrRNA hybridizing to cellular RNAs, leading to formation of “noncanonical” crRNAs capable of guiding DNA targeting by Cas9. Our discovery inspired the engineering of reprogrammed tracrRNAs that link the presence of any RNA of interest to DNA targeting with different Cas9 orthologs. This capability became the basis for a multiplexable diagnostic platform termed LEOPARD (leveraging engineered tracrRNAs and on-target DNAs for parallel RNA detection). LEOPARD allowed simultaneous detection of RNAs from different viruses in one test and distinguished severe acute respiratory syndrome coronavirus 2 (SARS-CoV-2) and its D614G (Asp614→Gly) variant with single-base resolution in patient samples. [1]: /lookup/doi/10.1126/science.abe7106 [2]: /lookup/doi/10.1126/science.abi9335

Lung cancer is one of the most common cancers worldwide. According to a study published in Nature called "Deep learning predicts cardiovascular disease risks from lung cancer screening low dose computed tomography", researchers got to know that with the help of AI (artificial intelligence), lung cancer and cardiovascular health can be screened through the usage of low-dose computed tomography. This can help to reduce the risk of developing lung and cardiovascular diseases. The study was a result of a combined effort by Rensselaer Polytechnic Institute and Massachusetts General Hospital. Dr Colin Jacobs, Ph.D. assistant professor in the Department of Medical Imaging at Radboud University Medical Center in Nijmegen said "As it does not require manual interpretation of nodule imaging characteristics, the proposed algorithm may reduce the substantial interobserver variability in CT interpretation," .

Genomics and epidemiology of the P.1 SARS-CoV-2 lineage in Manaus, Brazil

Despite an extensive network of primary care availability, Brazil has suffered profoundly during the severe acute respiratory syndrome coronavirus 2 (SARS-CoV-2) pandemic. Using daily data from state health offices, Castro et al. analyzed the pattern of spread of COVID-19 cases and deaths in the country from February to October 2020. Clusters of deaths before cases became apparent indicated unmitigated spread. SARS-CoV-2 circulated undetected in Brazil for more than a month as it spread north from Sã o Paulo. In Manaus, transmission reached unprecedented levels after a momentary respite in mid-2020. Faria et al. tracked the evolution of a new, more aggressive lineage called P.1, which has 17 mutations, including three (K417T, E484K, and N501Y) in the spike protein. After a period of accelerated evolution, this variant emerged in Brazil during November 2020. Coupled with the emergence of P.1, disease spread was accelerated by stark local inequalities and political upheaval, which compromised a prompt federal response. Science , abh1558 and abh2644, this issue p. [821][1] and p. [815][2] Cases of severe acute respiratory syndrome coronavirus 2 (SARS-CoV-2) infection in Manaus, Brazil, resurged in late 2020 despite previously high levels of infection. Genome sequencing of viruses sampled in Manaus between November 2020 and January 2021 revealed the emergence and circulation of a novel SARS-CoV-2 variant of concern. Lineage P.1 acquired 17 mutations, including a trio in the spike protein (K417T, E484K, and N501Y) associated with increased binding to the human ACE2 (angiotensin-converting enzyme 2) receptor. Molecular clock analysis shows that P.1 emergence occurred around mid-November 2020 and was preceded by a period of faster molecular evolution. Using a two-category dynamical model that integrates genomic and mortality data, we estimate that P.1 may be 1.7- to 2.4-fold more transmissible and that previous (non-P.1) infection provides 54 to 79% of the protection against infection with P.1 that it provides against non-P.1 lineages. Enhanced global genomic surveillance of variants of concern, which may exhibit increased transmissibility and/or immune evasion, is critical to accelerate pandemic responsiveness. [1]: /lookup/doi/10.1126/science.abh1558 [2]: /lookup/doi/10.1126/science.abh2644

Dermatology Assist has not yet been given clearance by the Food and Drug Administration (FDA) for use in the US, but a similar machine-learning model built by British firm Optellum was recently approved by the FDA for use as an assistant in the diagnosis of lung cancer.