Next generation business applications are scalable, composable and intelligent

As we begin to look at the future beyond "the new normal," it's becoming apparent that we are in a brand new era of digital experiences that are frictionless and highly personalized. The future of next generation business applications will be scalable, composable, connected and powered by machine learning. These next generation applications will have integrated voice and video capabilities, with a unified platform model that is designed for fast development, deployment and optimization based on specific industry requirements. The most important currencies in a decentralized and digital economy are speed, personalization and intelligence. According to Gartner, a composable business means creating an organization made from interchangeable building blocks.

Remote, hybrid or office-based? Employers are making big decisions about the future of work. This is what it might look like

For many business leaders, the sudden transition to remote working that was forced upon companies last year as the COVID-19 pandemic shut down office spaces still brings back memories of long hours of work and a few logistical ordeals – but according to some experts from analyst Gartner, the real challenge is yet to come. As restrictions slowly lift and employers start thinking of bringing their staff back into the workplace, some forward-thinking planning will be required to ensure a smooth transition from working fully remotely in the context of a global health crisis, to a hybrid mode of work of which the details are yet to be defined. Which video conferencing platform is right for your business? We've gathered details about 10 leading services. This is because, for a significant proportion of employees, a return to the office for five days a week is unlikely to be an appealing option.

Chromium-based browser maker Brave has launched a beta of its Brave search engine in a bid to create a privacy-focused alternative to Google. The new search engine puts Brave into the category of firms that have both a browser and a search engine: Google, Microsoft, Yandex and Baidu are also among these companies with both. It's hard to fault Google's record on security and patching but privacy is another matter for the online ad giant. Brave acquired the search engine Tailcat in March and promised to take on Google by approaching online search with a greater focus on privacy. Brave said its search is built on top of a completely independent index, and doesn't track users, their searches, or their clicks. "Brave has its own search index for answering common queries privately without reliance on other providers," it said.

The Linux Foundation is teaming up with companies like Target, Microsoft and Veritone to create the Open Voice Network, an initiative designed to "prioritize trust and standards" in voice-focused technology. Jon Stine, executive director of the Open Voice Network, told ZDNet that the rapid growth of both the availability and adoption of voice assistance worldwide -- and the future potential of voice as an interface and data source in an artificial intelligence-driven world -- makes it important for certain standards to be communally developed. Devices and applications are increasingly incorporating voice activation and navigation functions, and Mike Dolan, senior vice president at the Linux Foundation, said the network was a "proactive response to combating deep fakes in AI-based voice technology." "Voice is expected to be a primary interface to the digital world, connecting users to billions of sites, smart environments and AI bots. It is already increasingly being used beyond smart speakers to include applications in automobiles, smartphones and home electronics devices of all types. Key to enabling enterprise adoption of these capabilities and consumer comfort and familiarity is the implementation of open standards," Dolan said, adding that the organization was "excited to bring it under the open governance model of the Linux Foundation to grow the community and pave a way forward."

Welcome to a very fun hodgepodge of geek goodies on sale at Amazon for Prime Day. We cover a bunch of deals in this guide, including some good Raspberry Pi kit discounts and a really good price on some 3D printers. Deals galore and top tips and tricks to help you master Amazon's sale. Look, we'll admit that the most desirable robot gadgets aren't on this list because they're not on sale for Prime Day 2021. But if you want to do a little virtual window shopping and come home with something you can put together and tinker with, we have a great little selection. 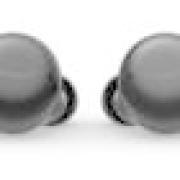 Deals galore and top tips and tricks to help you master Amazon's sale. Smart home gadgets are all the rage, but it's a slippery slope. As soon as you're done installing your first gadget, you're in the market for the next, and it can get pretty expensive. Amazon Prime Day is a good time to pick up your next smart home device for less, because there are some fantastic deals out there on a whole range of devices. With that in mind, I've trawled through the unbelievable number of deals that are available over Prime Day 2021 -- tens of thousands!

Google Cloud on Tuesday launched Visual Inspection AI, a new tool to help manufacturers identify defects in products before they're shipped. It's the latest move from Google to win more customers in the manufacturing space, one of key verticals the cloud company is targeting. What is AI? Everything you need to know about Artificial Intelligence Visual Inspection AI is designed for a wide range of industries and use cases, such as automotive, semiconductor production and electronics manufacturing. Manufacturers have for years used AutoML Google's general purpose AI product, for quality control, but Visual Inspection AI is more accurate and efficient. Based on pilots run by several Google Cloud customers, Visual Inspection AI can build accurate models with up to 300 times fewer human-labelled images than general-purpose ML platforms. 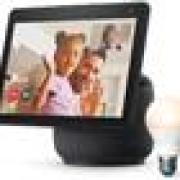 Deals galore and top tips and tricks to help you master Amazon's sale. Smart home gadgets are all the rage, but it's a slippery slope. As soon as you're done installing your first gadget, you're in the market for the next, and it can get pretty expensive. Amazon Prime Day is a good time to pick up your next smart home device for less because there are some fantastic deals out there on a whole range of devices. With that in mind, I've trawled through the unbelievable number of deals that are available over Prime Day 2021 -- tens of thousands!

Nvidia announced on Tuesday it has made generally available its Fleet Command service. The subscription service will allow businesses to rollout and manage AI applications at the edge. "Within minutes of installation, the platform lets administrators add or delete applications, update system software over the air, and monitor the health of devices spread across vast distances," the company said. Nvidia VP and GM of enterprise and edge computing Justin Biotano said Fleet Command can turn any Nvidia certified server into a "secure edge AI system". When combined with its recently launched Base Command product, Nvidia said it now offers an end-to-end process from AI model creation to production.

Databricks cofounder's next act: Shining a Ray on serverless autoscaling

A decade ago, Ion Stoica and his colleagues at UC Berkeley's school of computing identified the roadblock to performing advanced analytics. The challenge at the time was what we then called Big Data. Cheap storage and compute could be tapped, courtesy of the Hadoop project, but the jobs tended to take hours or days. Stoica and colleagues worked on a solution that exploited memory, and the result was the Apache Spark project. Created at UC Berkeley's AMPLab, it has become the de facto standard for large-scale batch data processing, not to mention the technology that birthed a company currently valued at $28 billion.