Jumper.ai is an AI-based platform that enables brands and SME's to instantly auto-reply and engage with customers. Its platform features conversational commerce, live chat, automated replies, bot builder, and abandoned cart recovery. Boxx.ai is a Bengaluru based artificial intelligence startup that helps e-commerce companies increase their conversion rates by displaying the most personalised products for each user. Boxx.ai predicts what each visitor is likely to buy next using its proprietary algorithms. This helps consumer internet companies curate a line of products and extend a highly personalised experience to each of its customers.

How Artificial Intelligence is Building The Future of eCommerce

While the whole planet was frozen by the coronavirus pandemic, offline stores found they couldn't compete with even the smallest online stores when people's lifestyles were limited by their homes or neighborhoods. But those who have just started online sales this year will quickly find out what to do to sell efficiently on the internet. This is why the overall competition will rise. Wondering how you can gain a foothold at this moment? Take a look at modern technologies – artificial intelligence (AI), machine learning (ML), and big data analysis.

The news agency Reuters recently posted a story outlining and confirming how the U.S. drugstore chain Rite-Aid had been using facial recognition technology – cameras and AI algorithms – to monitor customers in some of its stores in New York City and L.A. The computer vision tech was being used mostly in lower-income, non-white neighborhoods as a counter-measure to theft, looking for known or suspected criminals. Over about eight years, the American drugstore chain Rite Aid Corp quietly added facial recognition systems to 200 stores across the United States, in one of the largest rollouts of such technology among retailers in the country, a Reuters investigation found. In the hearts of New York and metro Los Angeles, Rite Aid deployed the technology in largely lower-income, non-white neighborhoods, according to a Reuters analysis. And for more than a year, the retailer used state-of-the-art facial recognition technology from a company with links to China and its authoritarian government. In telephone and email exchanges with Reuters since February, Rite Aid confirmed the existence and breadth of its facial recognition program.

Data Science: Why Humans Are Just as Important as Math - InformationWeek

Recommendation algorithms that predict what we'll want to watch, buy, and read are now ubiquitous, in part thanks to advances in computing power. But while today's data science tools can sift through mounds of data to unearth patterns at levels of scale and speed that humans alone could never achieve, our models remain inadequate in fully understanding data and its applications, especially when the data becomes messy in reflecting fickle human behaviors. Data science is a craft that relies on human intuition and creativity to understand multi-faceted problem spaces. Without human oversight, it operates on an incomplete picture, for which the implications have never been clearer in the present COVID-19 age as our algorithms struggle to grasp the reality that human behaviors don't follow mathematics. March 2020 marked the start of a series of behaviors that would have seemed unusual just weeks prior: As COVID-19 was declared a global pandemic, we started stockpiling toilet paper, Googling hand sanitizer, and searching for masks.

Get The Best From Your E-Commerce Platform With Recommendations AI

Robot usage is soaring during pandemic 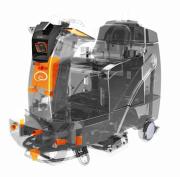 As Q2 data begins to emerge, we're seeing a notable uptick in robotics usage. The trend seems widespread but is nowhere as apparent as with cleaning robots, which have become vital tools in a number of sectors during the pandemic. The pandemic has created ideal conditions for automation adoption. The robotics sector in general has been maturing with a number of sectors like logistics, retail, delivery, and inspection already partially automated. Longterm plans to move toward fuller automation stacks have been easy to fast track thanks to a new focus on sanitation and a wariness among consumers of unnecessary contact and handling in the supply chain. 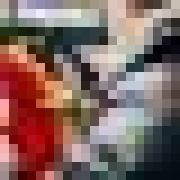 Although the revealing of Google's Recommendation AI has already been done during the company's Cloud Next event in 2019, Google is now launching its beta version for its customers. A fully managed service -- Google's Recommendation AI -- targeting retail businesses, has been designed to help in delivering personalised recommendation of products to customers at scale. According to the blog post written by the product manager, Pallav Mehta, the move has been taken in sync with the ongoing shift of retail companies towards data-driven strategies and the increasing customer demand. To keep up their relevance in this competitive scenario, the retail companies now require to provide an ultimate personalised experience to customers. And one such way of enhancing the experience is by recommending them products matching their interest, preferences and need.

Google on Wednesday announced the public beta of Recommendations AI, a fully-managed service that enables retailers to use AI to give customers personalized product recommendations. Personalization is one way the retail industry has adapted to the data age and evolving customer expectations. What is AI? Everything you need to know about Artificial Intelligence Recommendations AI is based on technology that Google says it uses to deliver recommendations on its own products, including YouTube and Google Search. The cloud company says retailers can use the tool to replace or complement existing recommendation models. To get started, an organization imports catalog and user events data.

5 Areas Where eCommerce Sites Can Gain From Artificial Intelligence(AI)

AI (Artificial Intelligence) is the new human-machine that understands customers better than anyone did before! The aim is nothing less than establishing a bridge between technology and its users by being more human-like. AI is being built to make life and businesses easy and convenient, and;eCommerce is one area that's already feeling the AI magic! A report by Boston Consulting Group (BCG) shows those retailers who have implemented personalization strategies, gain almost 6 to 10%; a rate that is two to three times faster than other retailers who haven't adopted the same strategy. In fact, AI is predicted to boost profitability rates by almost 59% in the wholesale and retail industries by the year 2035!