While many know UK company Ocado as an online grocery retailer, it's really one of the most innovative tech companies in the world. Ocado was founded in 2000 as an entirely online experience and therefore never had a brick-and-mortar store to serve its customers, who number 580,000 each day. Its technology expertise came about out of necessity as it began to build the software and hardware it needed to be efficient, productive, and competitive. Today, Ocado uses artificial intelligence (AI) and machine learning in many ways throughout its business. Since 2000, Ocado tried to piece together the technology they needed to succeed by purchasing products off the shelf.

How nine digital front-runners can lead on AI in Europe 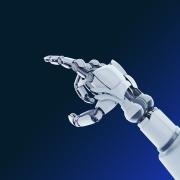 Globally, researchers are working to discover how artificial intelligence (AI) can be usefully applied across a range of commercial and public-sector situations. Much of the most exciting work is taking place in tech clusters, particularly in China and the United States, which are attracting some of the brightest global talent. Europe is also seeing rising levels of engagement, but not on the same scale. The onus is now on European companies and policy makers to ensure that the continent keeps pace with its peers and realizes AI's benefits across societies. If Europe is to make the most of AI, it must find a way to bring together stakeholders from across the continent.

Boston Dynamics' Spot robot is expanding to its resume every day, and the quadruped can add nuclear power plant exploration and radiation monitoring to the list. Engineers from the University of Bristol recently tested Spot around the Exclusion Zone territory of the Chernobyl Nuclear Power Plant. The Exclusion Zone covers approximately a 1,000-square-mile area in Ukraine surrounding the Chernobyl Nuclear Power Plant, where radioactive contamination is highest and public access and inhabitation are restricted. According to the State Agency for Exclusion Zone Management, this is the first time Spot has been tested there. Spot helped create a 3D map of the distribution of nuclear radiation around the Chernobyl Nuclear Plant.

Dear students, If you ask about your grade, I’ll gladly tell you that you’re doing well in the course, or that you really need to do better, as the case may be. More specifically than that I will not say.

The global AI-based fever detection camera market size is USD1.28 billion by 2020 and is projected to reach USD 2.19 billion by 2027, exhibiting a CAGR of 8.0% during the forecast period. The worldwide surge in the growth of corona infected people has led to the emergence of advanced artificial intelligence-based fever detection cameras to monitor and detect human body temperature. Vaccine for coronavirus is still in its development stage and hence, the only way to reduce the spread of this pandemic is to isolate the infected person from the crowd. This type of camera is being considered as an efficient and effective device to identify a person with high temperature as fever is one of the symptoms of coronavirus. An individual with high temperature is further screened with virus-specific tests.

Dogs were the first domesticated animal, likely originating from human-associated wolves, but their origin remains unclear. Bergstrom et al. sequenced 27 ancient dog genomes from multiple locations near to and corresponding in time to comparable human ancient DNA sites (see the Perspective by Pavlidis and Somel). By analyzing these genomes, along with other ancient and modern dog genomes, the authors found that dogs likely arose once from a now-extinct wolf population. They also found that at least five different dog populations ∼10,000 years before the present show replacement in Europe at later dates. Furthermore, some dog population genetics are similar to those of humans, whereas others differ, inferring a complex ancestral history for humanity's best friend. Science , this issue p. [557][1]; see also p. [522][2] Dogs were the first domestic animal, but little is known about their population history and to what extent it was linked to humans. We sequenced 27 ancient dog genomes and found that all dogs share a common ancestry distinct from present-day wolves, with limited gene flow from wolves since domestication but substantial dog-to-wolf gene flow. By 11,000 years ago, at least five major ancestry lineages had diversified, demonstrating a deep genetic history of dogs during the Paleolithic. Coanalysis with human genomes reveals aspects of dog population history that mirror humans, including Levant-related ancestry in Africa and early agricultural Europe. Other aspects differ, including the impacts of steppe pastoralist expansions in West and East Eurasia and a near-complete turnover of Neolithic European dog ancestry. [1]: /lookup/doi/10.1126/science.aba9572 [2]: /lookup/doi/10.1126/science.abe7823

The emergence of SARS-CoV-2 in Europe and North America

The history of how severe acute respiratory syndrome coronavirus 2 (SARS-CoV-2) spread around the planet has been far from clear. Several narratives have been propagated by social media and, in some cases, national policies were forged in response. Now that many thousands of virus sequences are available, two studies analyzed some of the key early events in the spread of SARS-CoV-2. Bedford et al. found that the virus arrived in Washington state in late January or early February. The viral genome from the first case detected had mutations similar to those found in Chinese samples and rapidly spread and dominated subsequent undetected community transmission. The other viruses detected had origins in Europe. Worobey et al. found that early introductions into Germany and the west coast of the United States were extinguished by vigorous public health efforts, but these successes were largely unrecognized. Unfortunately, several major travel events occurred in February, including repatriations from China, with lax public health follow-up. Serial, independent introductions triggered the major outbreaks in the United States and Europe that still hold us in the grip of control measures. Science , this issue p. [571][1], p. [564][2] Accurate understanding of the global spread of emerging viruses is critical for public health responses and for anticipating and preventing future outbreaks. Here we elucidate when, where, and how the earliest sustained severe acute respiratory syndrome coronavirus 2 (SARS-CoV-2) transmission networks became established in Europe and North America. Our results suggest that rapid early interventions successfully prevented early introductions of the virus from taking hold in Germany and the United States. Other, later introductions of the virus from China to both Italy and Washington state, United States, founded the earliest sustained European and North America transmission networks. Our analyses demonstrate the effectiveness of public health measures in preventing onward transmission and show that intensive testing and contact tracing could have prevented SARS-CoV-2 outbreaks from becoming established in these regions. [1]: /lookup/doi/10.1126/science.abc0523 [2]: /lookup/doi/10.1126/science.abc8169

Watch a self-driving Roborace car drive directly into a wall

Robots still have some trouble handling the basics when put to the test, apparently. Roborace team SIT Acronis Autonomous suffered an embarrassment in round one of the Season Beta 1.1 race after its self-driving car abruptly drove directly into a wall. It's not certain what led to the mishap, but track conditions clearly weren't at fault -- the car had been rounding a gentle curve and wasn't racing against others at the same time. It wasn't the only car to suffer a problem, either. Autonomous Racing Graz's vehicle had positioning issues that got it "lost" on the track and cut its race short.

Machine Learning Can Detect Covid-19 In Less Than Five Minutes!

A cohort of researchers from world-renowned academic institutions such as the University of Oxford, University of Warwick, University of Montpellier and credible research labs, have invented a methodology of detecting Covid-19 (SARS-CoV-2) and other respiratory pathogens within mere minutes. This feat is made possible through the utilisation of image analysis and machine learning techniques, more specifically convolutional neural networks to classify microscopic viruses of respiratory diseases based on structural features unique to the viruses. It is entirely, understandable that some terms and phrases within this article might be unfamiliar to some readers, so, at some points in this article, some sections provide definitions to words and key terms used. Common types of pathogens are viruses, bacterias, fungi, prion, and parasites.

Huawei investigates the future of healthcare technology for developing countries

Huawei's TECH4ALL initiative aims to ensure nobody is left behind in the digital world by encouraging digital inclusion programmes and empowering technology adoption globally. The project is similar to some of the work happening within academia across Europe, where research projects are focused on harnessing technology for societal good. Professor van Ginneken, Professor of Medical Image Analysis at Radboud University Medical Centre in The Netherlands, is introducing digitized healthcare solutions to developing countries and believes that in ten years' time, all hospital pathology departments will be digitized. When did your work in medical imaging begin? I studied physics and completed a PhD in medical image analysis in 1996, developing computer programs that analyse chest x-rays using artificial intelligence (AI). At the end of the 1990s we wanted to put digital chest x-ray units with AI software in countries where there was a lot of tuberculosis, because it accommodates faster, more widespread screening, without the need to develop images on film.