Protecting payments in an era of deepfakes and advanced AI

In the midst of unprecedented volumes of e-commerce since 2020, the number of digital payments made every day around the planet has exploded – hitting about $6.6 trillion in value last year, a 40 percent jump in two years. With all that money flowing through the world's payments rails, there's even more reason for cybercriminals to innovate ways to nab it. To help ensure payments security today requires advanced game theory skills to outthink and outmaneuver highly sophisticated criminal networks that are on track to steal up to $10.5 trillion in "booty" via cybersecurity damages, according to a recent Argus Research report. Payment processors around the globe are constantly playing against fraudsters and improving upon "their game" to protect customers' money. The target invariably moves, and scammers become ever more sophisticated.

New-age careers like cloud reliability engineer, Artificicial Intelligence (AI) architect, malware analyst, digital transformation specialists and many others have taken the job market by storm. These choices have been fuelled by tech courses like Data Science, DevOps, Cloud Computing, AI and and Machine Learning, Cybersecurity resulting in a huge demand for online certifications from ed-tech platforms who have collaborated with distinguished educational institutions. But is this change here to stay and what is its impact? The online education market is expected to touch Rs 360 billion by 2024, up from Rs 39 billion, according to a recent report by data firm'Research and Markets.' With a futuristic approach, DevOps as a system encompasses everything from organization to culture, processes, and tools and its adoption is growing rapidly.

All the Software Google Announced at I/O 2022

Google kicked off its annual I/O developer conference Wednesday. As usual, the company took the occasion to announce a bunch of new hardware products and software updates. While the shiny new gadgets might have stolen the show--you can learn about the Pixel Watch, new Pixel phones, and other objects that were announced in our separate story--I/O is still primarily a software affair. To that end, Google used its keynote event to detail a dizzying array of new features for Android, Search, Maps, and Google's voice assistant services. Here are the biggest updates Google announced.

#NewProfilePic: Warning issued over viral app which hoovers data and sends it to Moscow

A new phone app which offers users a free digital avatar is taking facial-recognition quality photographs and sending them to Moscow, prompting major concerns within the cyber security community. Tens of thousands of people have already uploaded their photographs to the servers of the New Profile Pic app in return to the free avatar. However, many will be unaware that the company behind the app, Linerock Investments, is based in an apartment complex overlooking the Moscow River, beside Russia's Ministry of Defence and just three miles from Red Square. Jake Moore, Global Cybersecurity Advisor, ESET Internet Security told MailOnline that people have to be incredibly careful when uploading photographs or personal data to a brand new website. He said: 'This app is likely a way of capturing people's faces in high resolution and I would question any app wanting this amount of data, especially one which is largely unheard of and based in another country.'

Clearview AI has promised to stop selling its controversial face-recognizing tech to most private US companies in a settlement proposed this week with the ACLU. The New-York-based startup made headlines in 2020 for scraping billions of images from people's public social media pages. These photographs were used to build a facial-recognition database system, allowing the biz to link future snaps of people to their past and current online profiles. Clearview's software can, for example, be shown a face from a CCTV still, and if it recognizes the person from its database, it can return not only the URLs to that person's social networking pages, from where they were first seen, but also copies that allow that person to be identified, traced, and contacted. That same year, the ACLU sued the biz, claiming it violated Illinois' Biometric Information Privacy Act (BIPA), which requires organizations operating in the US state to obtain explicit consent from its residents to collect their biometric data, which includes their photographs. 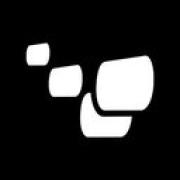 We're on a mission to provide security teams with the intelligence they need to confront and stop advanced threats like supply chain attacks, zero day exploits, and ransomware attacks. Cyber attackers still have the advantage. Are you ready to help us reclaim the upper hand? Every day, banks, hospitals, government agencies, and entertainment companies rely on Extrahop's Reveal(x) a cloud-based machine learning cyber security platform to understand which users, devices and network activities they can trust. With this knowledge companies prevent fraud, data breaches, and can focus on building better user experiences, instead of worrying about security. Notorious facial recognition company Clearview AI has agreed to permanently halt sales of its massive biometric database to all private companies and individuals in the United States as part of a legal settlement with the American Civil Liberties Union, per court records. Monday's announcement marks the close of a two-year legal dispute brought by the ACLU and privacy advocate groups in May of 2020 against the company over allegations that it had violated BIPA, the 2008 Illinois Biometric Information Privacy Act. This act requires companies to obtain permission before harvesting a person's biometric information -- fingerprints, gait metrics, iris scans and faceprints for example -- and empowers users to sue the companies who do not. "Fourteen years ago, the ACLU of Illinois led the effort to enact BIPA – a groundbreaking statute to deal with the growing use of sensitive biometric information without any notice and without meaningful consent," Rebecca Glenberg, staff attorney for the ACLU of Illinois, said in a statement. "BIPA was intended to curb exactly the kind of broad-based surveillance that Clearview's app enables. Today's agreement begins to ensure that Clearview complies with the law. This should be a strong signal to other state legislatures to adopt similar statutes." Notorious facial recognition company Clearview AI has agreed to permanently halt sales of its massive biometric database to all private companies and individuals in the United States as part of a legal settlement with the American Civil Liberties Union, per court records. Monday's announcement marks the close of a two-year legal dispute brought by the ACLU and privacy advocate groups in May of 2020 against the company over allegations that it had violated BIPA, the 2008 Illinois Biometric Information Privacy Act. This act requires companies to obtain permission before harvesting a person's biometric information -- fingerprints, gait metrics, iris and face scans for example -- and empowers users to sue the companies who do not. In addition to the nationwide private party sales ban, Clearview will not offer any of its services to Illinois local and state law enforcement agencies (as well as all private parties) for the next five years. "This means that within Illinois, Clearview cannot take advantage of BIPA's exception for government contractors during that time," the ACLU points out, though Federal agencies, state and local law enforcement departments outside of Illinois will be unaffected.

AI for Cybersecurity Shimmers With Promise, but Challenges Abound

Companies are quickly adopting cybersecurity products and systems that incorporate artificial intelligence (AI) and machine learning, but the technology comes with significant challenges, and it can't replace human analysts, experts say. In a Wakefield Research survey published this week, for example, almost half of IT security professionals (46%) said their AI-based systems create too many false positives to handle, 44% complained that critical events are not properly flagged, and 41% do not know what to do with AI outputs. In total, 89% of companies reported challenges with cybersecurity solutions that claimed to have AI capabilities. Not all AI-based projects are created equal, as some technology is more mature, says Gunter Ollmann, chief security officer at Devo, which sponsored the survey. "When they talk about rolling out AI for cybersecurity ... those are the projects that are commonly failing," he says.