Credit card frauds are a "still growing" problem in the world. Losses in frauds were estimated in more than US$27 billion in 2018 and are still projected to grow significantly for the next years as this article shows. With more and more people using credit cards in their daily routine, also increased the interest of criminals in opportunities to make money from that. The development of new technologies puts both criminals and credit card companies in a constant race to improve their systems and techniques. With that amount of money at stake, Machine Learning is surely not a new word for credit card companies, which have been investing on that long before it was a trend, to create and optimize models of risk and fraud management.

Although the initial wave of the SARS-CoV-2 pandemic has abated in many countries, healthcare providers are still looking to identify as many COVID-19 patients as possible and contain the disease. Fast and accurate diagnosis is especially important when unsuspecting patients with a coronavirus infection come to the hospital with health complaints but don't yet show symptoms of COVID-19. Nasal swab samples analyzed by RT-PCR are currently recommended for the diagnosis of COVID-19, however, supply shortages, a wait time of up to two days for results, and a false negative rate as high as 1 in 5 mean alternative, large-scale COVID-19 screening tools are still being sought. SARS-CoV-2 is known to damage lung tissue, and in a distinct way that doctors are now seeking to exploit for new diagnostic approaches. Many COVID-19 patients develop pneumonia, which can progress to respiratory failure and sometimes death.

Traceable, a startup developing an end-to-end cloud app security solution, today emerged from stealth with $20 million in venture equity financing. Newly flush with capital, CEO Jyoti Bansal intends to focus on acquiring customers globally while growing Traceable's team and accelerating R&D. Cloud-native apps are often built with hundreds or even thousands of API microservices (i.e., loosely coupled services), making them difficult to protect at scale. Gartner predicts that by 2022, API abuses will be the most frequent attack vector, which isn't surprising considering API calls represented 83% of web traffic as of 2018. Traceable ostensibly protects these APIs with machine learning algorithms that analyze app activity from the user and the session all the way down to the code. 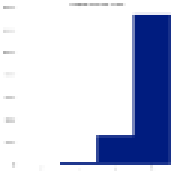 Even the most experienced Data Scientists are not always familiar with the best practices involved with developing a Machine Learning pipeline. There is a lot of confusion about what steps should be involved, what should be their sequence and, in general, how to ensure that the insights you create are accurate and valuable. There is also a very limited number of good resources describing a practical and correct approach. However, after many data science projects, you begin to realise the approach to building a pipeline always remains the same. Machine Learning pipelines are modular, and, depending on the situation, some steps can be added or skipped.

Boosting and Bagging: How To Develop A Robust Machine Learning Algorithm

Machine learning and data science require more than just throwing data into a python library and utilizing whatever comes out. Data scientists need to actually understand the data and the processes behind the data to be able to implement a successful system. One key methodology to implementation is knowing when a model might benefit from utilizing bootstrapping methods. These are what are called ensemble models. Some examples of ensemble models are AdaBoost and Stochastic Gradient Boosting.

You've built your machine learning model – so what's next? You need to evaluate it and validate how good (or bad) it is, so you can then decide on whether to implement it. That's where the AUC-ROC curve comes in. The name might be a mouthful, but it is just saying that we are calculating the "Area Under the Curve" (AUC) of "Receiver Characteristic Operator" (ROC). I have been in your shoes.

Interesting AI/ML Articles You Should Read This Week (July 4)

Would you let a machine learning model that has a failure rate of 98% and a false positive rate of 81% into production? Well, these claimed performance figures are from a facial recognition system that is in use by the policing force in South Wales and other parts of the United Kingdom. Dave Gershgorn article starts with a description akin to the setting of a dystopian future where an overseeing governing system monitors everyone; which is hysterically a foreshadowing of a foreseeable future. South Wales Police have been using facial recognition systems since 2017 and have done this in no secrecy from the public. They've made arrests as a result of the facial recognition system.

Why IBM Decided to Halt all Facial Recognition Development