Scientists are creating 3D-printed brain chips which could be used to treat nervous system conditions, including paralysis, by detecting and firing electrical signals. The chip has been developed and successfully tested on animals, and researchers are now hopeful it can be adapted for use in humans. It will also be able to connect to a computer and offer a host of next-generation medical benefits, scientists say. Linking the human brain to a computer is usually the work of science fiction writers and filmmakers, but moves are underway to make the technology a reality. Last month, Elon Musk hosted a high-profile event where he spoke about the developments with his own version of brain chip technology, Neuralink.

Deep Neural Networks (DNNs) have become very successful in the domain of artificial intelligence. They have begun to directly influence our lives through image recognition, automated machine translation, precision medicine and many other solutions. Furthermore, there are many parallels between these modern artificial algorithms and biological brains: The two systems resemble each other in their function - for example, they can solve surprisingly complex tasks - and in their anatomical structure - for example, they contain many hierarchically structured neurons. Given these apparent similarities, many questions arise: How similar are human and machine vision really? Can we understand human vision by studying machine vision? 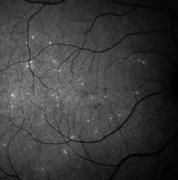 Summary: A new artificial intelligence algorithm can detect the progression of glaucoma up to 18 months earlier than conventional methods. A new test can detect glaucoma progression 18 months earlier than the current gold standard method, according to results from a UCL-sponsored clinical trial. The technology, supported by an artificial intelligence (AI) algorithm, could help accelerate clinical trials, and eventually may be used in detection and diagnostics, according to the Wellcome-funded study published today in Expert Review of Molecular Diagnostics. Lead researcher Professor Francesca Cordeiro (UCL Institute of Ophthalmology, Imperial College London, and Western Eye Hospital Imperial College Healthcare NHS Trust) said: "We have developed a quick, automated and highly sensitive way to identify which people with glaucoma are at risk of rapid progression to blindness." Glaucoma, the leading global cause of irreversible blindness, affects over 60 million people, which is predicted to double by 2040 as the global population ages.

How we remember could help AI be less forgetful

A brain mechanism referred to as "replay" inspired researchers at Baylor College of Medicine to develop a new method to protect deep neural networks, found in artificial intelligence (AI), from forgetting what they have previously learned. The study, in the current edition of Nature Communications, has implications for both neuroscience and deep learning. Deep neural networks are the main drivers behind the recent fast progress in AI. These networks are extremely good at learning to solve individual tasks. However, when they are trained on a new task, they typically lose the ability to solve the previously learned task completely.

One study estimated that pharmaceutical companies spent US$2·6 billion in 2015, up from $802 million in 2003, for the development of a new chemical entity approved by the US Food and Drug Administration (FDA). N Engl J Med. 2015; 372: 1877-1879 The increasing cost of drug development is due to the large volume of compounds to be tested in preclinical stages and the high proportion of randomised controlled trials (RCTs) that do not find clinical benefits or with toxicity issues. Given the high attrition rates, substantial costs, and low pace of de-novo drug discovery, exploiting known drugs can help improve their efficacy while minimising side-effects in clinical trials. As Nobel Prize-winning pharmacologist Sir James Black said, "The most fruitful basis for the discovery of a new drug is to start with an old drug". New uses for old drugs.

BERG, a clinical-stage biotech that employs artificial intelligence (AI) to investigate diseases and develop innovative treatments, today announced two major medical/clinical research developments on pancreatic ductal adenocarcinoma (PDAC) to be presented virtually at the European Society for Medical Oncology (ESMO) 2020 Congress taking place from September 19-21, 2020. The first study entitled "Project Survival: High Fidelity Longitudinal Phenotypic and Multi-omic Characterization of Pancreatic Ductal Adenocarcinoma (PDAC) for Biomarker Discovery", is the culmination of the largest existing high-fidelity characterization of pancreatic cancer from a phenotypic/adaptive multi-omic perspective. BERG's Interrogative Biology platform was employed to identify causal relationships between existing pancreatic cancer therapies and changes in proteomic, metabolic and lipidomic responses to 253 treatment interventions and 211 progression events. The research cohort included PDAC patients across different stages including early, locally advanced and metastatic to yield the most accurate characterization of the evolution of the disease. Throughout the course of the study, 470,000 clinical data points were gathered.

Predicting the frequencies of drug side effects 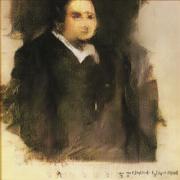 Edmond De Belamy, a portrait generated by an algorithm, sold at Christie's for $432,500. The use of artificial intelligence to create art raises questions about how credit and responsibility should be allocated. In a recent study, MIT Media Lab researcher and Ph.D. student Zivvy Epstein and MIT Sloan School of Management Prof. David Rand found that the answers depend on the extent to which people view AI as human: the more people humanize AI, the greater the responsibility they allocate to the technology . "The language we use to talk about AI can impact the way people think not just about AI itself, but all of the stakeholders involved. In the art world, AI has the potential to become a major force in artistic endeavors, and understanding how people perceive its role can affect the future of art," says Rand. Epstein notes, "The way we allocate responsibility is complicated when AI is involved. AI is simply a tool created and used by humans, but when we describe it with human characteristics, people tend to view it very differently. It can be seen more as an agent with independent thought and the ability to create."