The never-ending fight with bias and AI systems that learn by watching YouTube. EU mobilizes to rein in tech giants. Facebook's AI has migrated all their AI systems to PyTorch. Within a year, there are more than 1,700 PyTorch-based inference models in full production at Facebook, and 93 percent of their new training models are on PyTorch. The times are hardly perfect for self-driving car companies. 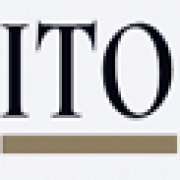 The exponential growth of data traffic in our digital age poses some real challenges on processing power. And with the advent of machine learning and AI in, for example, self-driving vehicles and speech recognition, the upward trend is set to continue. All this places a heavy burden on the ability of current computer processors to keep up with demand. Now, an international team of scientists has turned to light to tackle the problem. The researchers developed a new approach and architecture that combines processing and data storage onto a single chip by using light-based, or "photonic" processors, which are shown to surpass conventional electronic chips by processing information much more rapidly and in parallel.

Swedish luxury automobile manufacturer Volvo Cars and leading ICT provider Ericsson have taken an important step towards achieving seamless cross-border 5G connectivity in vehicles. Partners in the EU-backed 5GCroCo project, the two companies successfully tested the handover of connected cars between two national mobile 5G networks. The trial took place at the AstaZero test site in Sweden. The track has testing capabilities for different traffic environments, making it possible to assess advanced safety systems for all kinds of traffic situations. It features a 5.7 km rural road, a city area, a high-speed area and a multi-lane road.

Market valuation experts assigned the global artificial intelligence market a value of $39.9 billion in 2019 with a projected Compound Annual Growth Rate (CAGR) of 42 percent from 2020 to 2027. The world is constantly evolving with many technological developments in Artificial Intelligence (AI). AI has a massive impact on several machines from the android system in phones to web indexes and self-driving vehicles to other various electronic devices, the impact of AI is growing exponentially, it is estimated that AI will provide more than 2 million job opportunities within the next couple of years. With the increase in interest in the field of AI, the demand for AI engineers has increased immensely. In this article, let's understand what an artificial intelligence engineer does, what prerequisites are, and what skills are required to be an artificial intelligence engineer, top U.S. states for AI jobs, which is the best artificial intelligence certification.

The transaction provided Luminar with the infusion of capital it needed to begin producing lidar sensors that use lasers to measure distances and classify objects for self-driving vehicles at a commercial scale, according to Chief Financial Officer Tom Fennimore. As a public company, however, Luminar must be mindful of how it spends the cash, he added. Luminar has positioned itself in recent years to benefit from the expected rise of autonomous vehicles. It has announced partnerships with car makers including Volvo Cars, which is owned by China's Zhejiang Geely Holding Group, Daimler AG's trucks business and SAIC Motor Corp. Ltd. to incorporate its sensor technology into self-driving vehicle designs. The Morning Ledger provides daily news and insights on corporate finance from the CFO Journal team.

Tesla has unveiled its new supercomputer, which is already the fifth most powerful in the world, and it's going to be the predecessor of Tesla's upcoming new Dojo supercomputer. It is being used to train the neural nets powering Tesla's Autopilot and upcoming self-driving AI. Over the last few years, Tesla has had a clear focus on computing power both inside and outside its vehicles. Inside, it needs computers powerful enough to run its self-driving software, and outside, it needs supercomputers to train its self-driving software powered by neural nets that are fed an insane amount of data coming from the fleet. CEO Elon Musk has been teasing Tesla's Dojo project, which apparently consists of a supercomputer capable of an exaFLOP, one quintillion (1018) floating-point operations per second, or 1,000 petaFLOPS – making it one of the most powerful computers in the world.

Tesla just launched the world's fifth most powerful computer responsible for neural network AI training ahead of the anticipated Dojo supercomputer debut. Tesla seemingly does not run out of new features to unveil for its followers. As the public patiently awaits the Dojo supercomputer launch, the company surprisingly unveiled another breakthrough in technology. The company launched the supercomputer to train the neural nets that power the Tesla autopilot. It is also intended for training the upcoming self-driving Artificial Intelligence, Electrek reported. 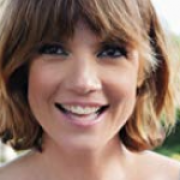 The next digital frontier in the IT world is? The one that is your opponent in PUBG(or other interactive games), that allows you to ask Google to make calls for you, that reminds you to make your insurance paid, suggests what to purchase from your favorite eCommerce site, and suggests movies over Netflix. We are surrounded by Artificial Intelligence and Machine Learning applications so extensively that we don't even realize their presence. When Facebook recommends friends or groups to you, it is AI working behind the scenes. When Google listens to you and acts as per your command, it's ML and AI working. 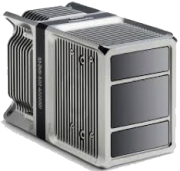 Quanergy Systems, the Sunnyvale, California-based lidar company, said Tuesday it has agreed to merge with special purpose acquisition fund CITIC Capital Acquisition Corp., a Chinese blank-check firm affiliated with the country's largest state-owned investment conglomerate. The deal, which puts an implied valuation on Quanergy at $1.4 billion, is expected to close in the second half of 2021. After closing, the transaction will inject the lidar company with around $278 million in pro forma net cash, including $40 million in private investment in public equity (PIPE) funding. Lidar is an essential component of most autonomous driving systems -- the notable exception being Tesla's stack, which is attempting to develop a pure vision-based system to support its pursuit of automated driving (Tesla vehicles are not autonomous today and have what is considered a Level 2 advanced driver assistance system). Quanergy is a developer of solid state silicon lidar units, which pulses a low-power laser through an optical phased array to measure the distance and shape of objects.