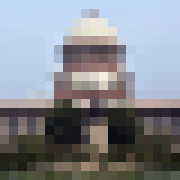 In a survey conducted by Gurugram-based BML Munjal University (School of Law) in July 2020, it was found that about 42% of lawyers believed that in the next 3 to 5 years as much as 20% of regular, day-to-day legal works could be performed with technologies such as artificial intelligence. The survey also found that about 94% of law practitioners favoured research and analytics as to the most desirable skills in young lawyers. Earlier this year, Chief Justice of India SA Bobde, in no uncertain terms, underlined that the Indian judiciary must equip itself with incorporating artificial intelligence in its system, especially in dealing with document management and cases of repetitive nature. With more industries and professional sectors embracing AI and data analytics, the legal industry, albeit in a limited way, is no exception. According to the 2020 report of the National Judicial Data Grid, over the last decade, 3.7 million cases were pending across various courts in India, including high courts, district and taluka courts.

President Trump repeatedly refused to say on Wednesday whether he would commit to a peaceful transition of power if he loses the election to Joe Biden, saying at a press briefing: "We're going to have to see what happens." The big picture: Trump has baselessly claimed on a number of occasions that the only way he will lose the election is if it's "rigged," claiming -- without evidence -- that mail-in ballots will result in widespread fraud. Earlier on Wednesday, the president said he wants to quickly confirm a replacement for Justice Ruth Bader Ginsburg because he believes the Supreme Court may have to decide the result of the election.

SoFi is looking for a great Machine Learning Manager.

SoFi provides equal employment opportunities (EEO) to all employees and applicants for employment without regard to race, color, religion, sex, national origin, age, disability, genetics, or any other basis prohibited by applicable law. In addition to federal law requirements, SoFi complies with applicable state and local laws governing nondiscrimination in employment in every location in which the company has facilities. This policy applies to all terms and conditions of employment, including recruiting, hiring, placement, promotion, termination, layoff, recall, transfer, leaves of absence, compensation and training. Additionally, SoFi participates in the E-Verify program in certain locations, as required by law. Pursuant to the San Francisco Fair Chance Ordinance, we will consider for employment qualified applicants with arrest and conviction records.

What No One Will Tell You About Robots

Human fascination with robots has long been fused with fear. The first widespread use of the term came a century ago in a Czech play about robots manufactured to serve and work for people. The bots turn on their masters. That plot has played out in fiction countless times since. Meanwhile, the real world has created ever more advanced versions of mechanical servants.

What No One Will Tell You About Robots

Human fascination with robots has long been fused with fear. The first widespread use of the term came a century ago in a Czech play about robots manufactured to serve and work for people. The bots turn on their masters. That plot has played out in fiction countless times since. Meanwhile, the real world has created ever more advanced versions of mechanical servants.

A cross-disciplinary team of machine learning, security, policy, and law experts say inconsistent court interpretations of an anti-hacking law have a chilling effect on adversarial machine learning security research and cybersecurity. At question is a portion of the Computer Fraud and Abuse Act (CFAA). A ruling to decide how part of the law is interpreted could shape the future of cybersecurity and adversarial machine learning. If the U.S. Supreme Court takes up an appeal case based on CFAA next year, researchers predict that the court will ultimately choose a narrow definition of the clause related to "exceed authorized access" instead of siding with circuit courts who have taken a broad definition of the law. One circuit court ruling on the subject concluded that a broad view would turn millions of people into unsuspecting criminals.

How to build a more open justice system

CSRE is providing a total of $300,000 in funding for the projects, with an additional $300,000 in matching and supplemental funding from other colleges, departments, and institutes. "Today's challenges to global, national, and individual security are numerous and complex," said CSRE Director James W. Houck, "and we are delighted to support these innovative and exciting initiatives." CSRE was established in 2017 to promote interdisciplinary research and education to protect people, infrastructure and institutions from the broad range of threats and hazards confronting society today. Contributing units include the Provost and Office of the Senior Vice President for Research, as well as the colleges of Agricultural Sciences, Earth and Mineral Sciences, Engineering, Information Sciences and Technology, and the Liberal Arts; Penn State Law and the School of International Affairs; Penn State Harrisburg; Applied Research Laboratory; Institute for Computational and Data Sciences; Institutes of Energy and the Environment; Huck Institutes of the Life Sciences; and the Social Sciences Research Institute. In its first three years, CSRE has provided over $633,000 in funding, augmented by an additional $581,000 from contributing units, to a total of 39 seed projects and faculty fellowships and hosted a number of guest speakers, workshops and other events.

The news: US Democratic lawmakers have introduced a bill that would ban the use of facial recognition technology by federal law enforcement agencies. Specifically, it would make it illegal for any federal agency or official to "acquire, possess, access, or use" biometric surveillance technology in the US. It would also require state and local law enforcement to bring in similar bans in order to receive federal funding. The Facial Recognition and Biometric Technology Moratorium Act was introduced by Senators Ed Markey of Massachusetts and Jeff Merkley of Oregon and Representatives Pramila Jayapal of Washington and Ayanna Pressley of Massachusetts. Seize the moment: The proposed law has arrived at a point when the police use of facial recognition technology is coming under increased scrutiny amid protests after the killing of George Floyd in late May.

Earlier this year, for the first time (that we know of), a false match by a facial recognition algorithm led to the arrest of an innocent man. Now, members of Congress are finally taking action. Pramila Jayapal and Ayanna Pressley, all Democrats, introduced the Facial Recognition and Biometric Technology Moratorium Act of 2020. It's the most aggressive move yet by Congress to limit the use of facial recognition by police, in this case, by banning federal law enforcement from using it and cutting off state and local police from federal grants if they fail to do the same. That it was an innocent Black man who was falsely accused and arrested is not a surprise.