Fueled with a $36 million grant from Lilly Endowment Inc., the Central Indiana Corporate Partnership has launched an initiative called AnalytiXIN to promote innovations in data science throughout Indiana. Build connections between Indiana's manufacturing and life sciences companies and the university researchers who can help them use artificial intelligence and advanced data analytics to tackle big challenges like reducing a factory's carbon footprint or improving worker health. "This is one way to ensure early that these kinds of critical collaborations are happening," said David Johnson, president and CEO of the Indianapolis-based Central Indiana Corporate Partnership. About half of the $36 million will be used to hire university-level data-science researchers, some of whom will be based at 16 Tech in Indianapolis. The other half will go toward the creation of "data lakes," or large data sets built from information from multiple contributors.

Role of Artificial Intelligence in Diet Planner and Nutrition App

The food-as-medicine paradigm has gained traction in recent years, partly due to physicians' and clinicians' growing understanding of the importance of using food in chronic illness therapy alongside drugs. Artificial Intelligence (AI) is a game-changing technology that is being used to learn more about individualized diets in the fields of nutrition and wellness. Linear and nonlinear interactions between numerous nutritional elements affecting us have been modeled by experts of AI development company. Food firms and tailored food product services use this approach to create better forecasts and healthy intake. It is accomplished by using deep learning to analyze the genetic information of individuals in order to produce precise forecasts and appropriate food recommendations.

IoT and artificial intelligence are two of the major disruptive technologies that have penetrated into the health and fitness industry in recent years. People are now more concerned with their health and fitness to keep their bodies fit from many potential diseases such as diabetes, thyroid, and many more. To keep up with the huge demand, the fitness industry has started transforming traditional gyms into smart gyms by implementing AI models in gyms. People are getting attracted to smart gyms to become more fit and healthy to raise the standard of living. The fitness industry is booming in the 21st century with the help of these user-friendly disruptive technologies.

Why Silicon Valley's Optimization Mindset Sets Us Up for Failure

In 2013 a Silicon Valley software engineer decided that food is an inconvenience--a pain point in a busy life. Buying food, preparing it, and cleaning up afterwards struck him as an inefficient way to feed himself. And so was born the idea of Soylent, Rob Rhinehart's meal replacement powder, described on its website as an International Complete Nutrition Platform. Soylent is the logical result of an engineer's approach to the "problem" of feeding oneself with food: there must be a more optimal solution. It's not hard to sense the trouble with this crushingly instrumental approach to nutrition.

Q&A: Dina Katabi on a "smart" home with actual intelligence

Dina Katabi is designing the next generation of smart wireless devices that will sit in the background of a given room, gathering and interpreting data, rather than being wrapped around one's wrist or worn elsewhere on the body. Q: Smartwatches and fitness trackers have given us a new level of personalized health information. A: The next frontier is the home, and building truly-intelligent wireless systems that understand people's health and can interact with the environment and other devices. Google Home and Alexa are reactive. You tell them, "wake me up," but they sound the alarm whether you're in bed or have already left for work.

Rethink: Healthcare on the 'brink of a major redesign'

Healthcare is on the brink of a major redesign that will give you access to more personalised, precise and effective care. For years now, growing ageing populations and the increase in chronic illness have created a pressing need to rethink the delivery of healthcare. While new digital technologies have offered answers to reduce the growing pressure and help transform health systems, widespread adoption of these technologies has often been slow. The pandemic, however, has shown that adoption can move much faster. As lockdown restrictions were introduced, chances are you started consulting your general practitioner or medical specialist via messaging app or video call – services falling under what is referred to as virtual care.

August 31, 2021 Artificial intelligence (AI) has been paired with one of the simplest of organisms--the nematode Caenorhabditis elegans--to enlighten the scientific community about the physical and chemical properties of drug compounds with anti-aging effects, according to Brendan Howlin, reader in computational chemistry at the University of Surrey (U.K.). The predictive power of the methodology has just been demonstrated using an established database of small molecules found to extend life in model organisms. The 1,738 compounds in the DrugAge database were broadly separated into flavonoids (e.g., from fruits and vegetables), fatty acids (e.g, omega-3 fatty acids), and those with a carbon-oxygen bond (e.g., alcohol)--all heavily tied to nutrition and lifestyle choices. Pharmaceuticals could be developed based on that nutraceutical knowledge, including the importance of the number of nitrogen atoms, says Howlin. Unlike prior efforts using AI to identify compounds that slow the aging process, Howlin used machine learning to calculate the quantitative structure–activity relationship (QSAR) of molecules.

AI For Meditation: How Headspace Leverages AI and ML Technologies 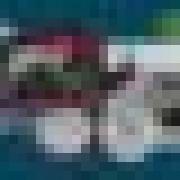 Machine learning and artificial intelligence is transforming the healthcare industry as we know it. Especially in the last year and half, being stuck inside one's house has led to the manifold increase in the number of people seeking out for virtual wellness services. As a result, the wellness industry is said to increase further over the next four years. A growth of $1299.84 billion is expected between last year and 2024, at a CAGR of 6.37 percent during the forecast period. With a growing industry in sight, California-headquartered Headspace tapped into artificial intelligence to improve health and wellness across the globe.

How to Write a Blog Post in 10 Minutes or Less using A.I. - TangledTech

How to Write a Blog Post in 10 Minutes or Less using A.I.: Writing blog posts can take up a significant amount of time. Whether you're creating a new blog post or editing an old one, it takes time to find the right words and phrases to use. To make the whole process a lot easier, you can use artificial intelligence (A.I.) to write your content. A.I. is actually a powerful tool that can save you a lot of time when creating content. If you're curious to know how A.I. works in blog post creation, keep reading.

Here's Where Our Minds Sharpen in Old Age - Facts So Romantic

Many have noted that the big contenders in the last two American presidential elections were well into their 70s, raising questions of the mental capacity, going forward, of these potential leaders. "Starting after middle age, say around 60 or so, memory and other abilities decline," says Dilip Jeste, professor of psychiatry and neuroscience at UC San Diego and director of the UCSD Center for Healthy Aging. But what actually declines--and what abilities might improve, as well as when, how, and at what speed--is a complex issue. It turns out, according to a new study in Nature Human Behavior, that many things improve with age, including some cognitive aspects that had previously been thought to get worse. John Verssimo, of the University of Lisbon, and his colleagues, looked at a large sample of people between the ages of 58 and 98 and measured their performance on a broad range of cognitive tasks to get a more detailed picture of cognitive aging.