This AI Resurrects Ancient Board Games--and Lets You Play Them

In 1901, on an excavation trip to Crete, British archaeologist Arthur Evans unearthed items he believed belonged to a royal game dating back millennia: a board fashioned out of ivory, gold, silver, and rock crystals, and four conical pieces nearby, assumed to be the tokens. Playing it, however, stumped Evans, and many others after him who took a stab at it. There was no rulebook, no hints, and no other copies have ever been found. Games need instructions for players to follow. Without any, the Greek board's function remained unresolved--that is, until recently. Enter artificial intelligence, and a group of researchers from Maastricht University in the Netherlands. 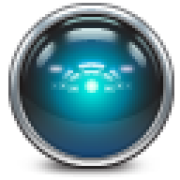 An anonymous reader quotes a report from The Debrief: How do we how know to speak and to read? These essential questions led to new research from the Massachusetts Institute of Technology that uses AI models to examine how and why our brains understand language. Oddly enough, your brain may work just like your smartphone's autocorrect feature. The new study, published in the Proceedings of the National Academy of Sciences, shows that the function of these AI language models resembles the method of language processing in the human brain, suggesting that the human brain may use next-word prediction to drive language processing. In this new study, a team of researchers at MIT analyzed 43 different language models, many of which were optimized for next-word prediction.

Using artificial intelligence as an alternative to animal testing

The use of animals in science experiments is a double-edged sword: while this study has saved many lives and increased our scientific understanding, it has come at a great expense to the animals involved. Over 100 million animals, including mice, frogs, dogs, rabbits, primates, cats, and other species, are killed in animal testing. According to a study, some animal testing is inadequate in predicting the behaviour of medicines in human bodies. There is a significant waste of time, money, animal life, and other resources. As a result, AI models are appropriate and advantageous for those experiments.

This is a collection of 1/1 generative artworks created by "Bliss Of Art" using Artificial Intelligence (AI) packages. Each artwork inhere is unique, ...Read more

Why is XAI at core for the success of 'AI' in Financial Institutions? And what is Arya-xAI?

It is imperative for next generation applications to have AI at the core. With almost all major tech players offering AI enabled solutions, we see it as a default feature in any upcoming software products. Many financial institutions have already started their innovation programs by automating existing rule sets with machine learning models to automate/augment existing processes. These models can make automated decisions across vast quantities of data. Even then, organizations are somewhat apprehensive in deploying these systems into the core process, since AI solutions carry a, probably justified, reputation for being'black boxes' characterized by poor transparency.

With the launch of this new service, all Moscow Metro stations and road networks will use Face Pay for ticket payments. This is a first in that it allows people's faces instead of their bank cards or coins as they enter one station per journey throughout city limits with Fare card providers. To enter the Moscow Metro, you need to link your photos and financial card information with Face Pay through the local subway program to be valid. Once connected, simply look at the camera when passing through the turnstile without showing Troika or phone whatsoever – all are digitally verified using facial recognition technology. The Moscow Transport Agency has gone to great lengths to ensure the privacy of its passengers.

Natural language processing is a branch of artificial intelligence concerned with teaching computers to read and derive meaning from language. Since language is so complex, computers have to be taken through a series of steps before they can comprehend text. The following is a quick explanation of the steps that appear in a typical NLP pipeline. Over the last 25 years, Tata Elxsi has been facilitating technology-based advancements. It features a wide spectrum of breakthroughs enabled by AI and analytics, from self-driving cars to video analytics solutions.

While AT&T does not share specific details about how the CCAT may have already resulted in changes to repair and maintenance costs or informed its short-term network and equipment uptime strategies, it does disclose that the company "has spent about $1 billion recovering from climate-related severe weather events since 2016." By implementing and expanding the CCAT, AT&T claims, the company "can better ensure the resilience of its infrastructure."

Oct 25 (Reuters) - Britain's spy agencies have given a contract to Amazon Web Services (AWS) to host classified material in a deal aimed at boosting the use of data analytics and artificial intelligence (AI) for espionage, the Financial Times reported on Monday. Britain's GCHQ spy agency championed the procurement of a high-security cloud system and it will be used by sister services MI5 and MI6, as well as other government departments such as the Ministry of Defence during joint operations, the report added. The agreement was signed this year with AWS, Amazon.com Inc's (AMZN.O) cloud service unit, and the data of all the agencies will be held in Britain, the newspaper reported, citing people familiar with the discussions. GCHQ said it would not comment on reports about its relationships with tech suppliers.

Intelligence agency GCHQ has signed a deal with Amazon Web Services (AWS) to host classified material and boost the use of artificial intelligence for espionage purposes. Although the procurement of cloud infrastructure from AWS was signed off by GCHQ, it will also be used by sister spy services MI5 and MI6, and the Ministry of Defence during joint operations, according to the Financial Times. The deal had not been made public and was signed earlier this year, according to the report. It is worth £500m to £1bn over the next decade, FT sources said. In a February opinion piece for the Financial Times, GCHQ director Jeremy Fleming said that the agencies "expect AI to be at the heart of this transformation and we want to be transparent about its use."