How to protect algorithms as intellectual property

Ogilvy is in the midst of a project that converges robotic process automation and Microsoft Vision AI to solve a unique business problem for the advertising, marketing and PR firm. Yuri Aguiar is already thinking about how he will protect the resulting algorithms and processes from theft. "I doubt it is patent material, but it does give us a competitive edge and reduces our time-to-market significantly," says Aguiar, chief innovation and transformation officer. "I look at algorithms as modern software modules. If they manage proprietary work, they should be protected as such." Intellectual property theft has become a top concern of global enterprises.

We're living in the age of the next industrial revolution: the very first three freed most of the humans from hard labor. This one is aiming to take us over the last domain of human dominance on this planet: our intelligence. In this article, we will put aside ethical, political and social effects of such revolution and concentrate a bit more on the technical side of it. What we see in media today looks a bit different from the real dominance of machines over humans… or not? The most rapidly growing areas of artificial intelligence in the few last years have been computer vision, natural language processing, speech processing and, of course, different customer analytics applications like recommender systems (you may not like it, but targeted advertisements are accurate enough to grow companies' revenues).

The Brookings glossary of AI and emerging technologies 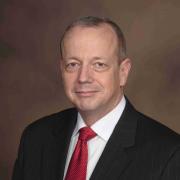 The top cybersecurity news sources you should be reading

Staying on top of cybersecurity trends and threats is almost a full-time job. The industry expands every day as new applications come online for the internet of things, machine learning and artificial intelligence. But cybercriminals are innovating, too. Not a day passes without news of a major ransomware attack or phishing scheme. Businesses large and small now must learn the intricacies of data breaches and the dark web, negotiating with hackers, buying cyberinsurance and training employees on the best cyberhygiene.

Akbar Solo Researchers in Moscow and America have discovered how to use machine learning to grow artificial organs, especially to tackle blindness Researchers from the Moscow Institute of Physics and Technology, Ivannikov Institute for System Programming, and the Harvard Medical School-affiliated Schepens Eye Research Institute have developed a neural network capable of recognizing retinal tissues during the process of their differentiation in a dish. Unlike humans, the algorithm achieves this without the need to modify cells, making the method suitable for growing retinal tissue for developing cell replacement therapies to treat blindness and conducting research into new drugs. The study was published in Frontiers in Cellular Neuroscience. How would this enable easier organ growth? This would allow to expand the applications of the technology for multiple fields including the drug discovery and development of cell replacement therapies to treat blindnessIn multicellular organisms, the cells making up different organs and tissues are not the same.

How I Solved Sudoku With a Business Rules Engine - KDnuggets 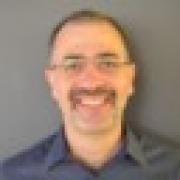 On a family trip a few months back, I was flipping through an airline magazine and landed on the puzzles page. There were three puzzles, "Easy", "Medium", and "Hard". At the top of the page a word that would become my obsession over the next couple of months: "Sudoku". I had heard about Sudoku puzzles, but I had never really considered trying one. I grabbed a pencil from one of the kids and started with the "Easy" puzzle. It took me quite some time (and I tore the paper in one spot after erasing too many times) but I eventually completed the puzzle.

Robot-related services powered by cloud computing will reach US$157.8 billion in annual revenue by 2030, according to new figures released by ABI Research. The analyst firm says despite being only in its nascent stages, the value of cloud infrastructure to robots is key for both deployment (encompassing development, configuration, and instalment) and operation (maintenance, analytics, and control). With the popularisation of mobile robotics in a wide range of verticals, it will become necessary to utilise the computing power of cloud infrastructure to store and manage the vast troves of collected data as well as to train more advanced algorithms used to power robot cognition, it says. "Since 1961, most commercial robots have been wired or tied to external infrastructure for movement. The next generation of robot deployments will be increasingly mobile, tied to cellular and WIFI connectivity, will consume vast troves of data in order to operate autonomously, and will need effective management through real-time measurements for performance, status and operability," explains Rian Whitton, senior analyst at ABI Research.

This time, Dilated Convolution, from Princeton University and Intel Lab, is briefly reviewed. The idea of Dilated Convolution is come from the wavelet decomposition. Thus, any ideas from the past are still useful if we can turn them into the deep learning framework. And this dilated convolution has been published in 2016 ICLR with more than 1000 citations when I was writing this story.

Google today announced that it has signed up Verizon as the newest customer of its Google Cloud Contact Center AI service, which aims to bring natural language recognition to the often inscrutable phone menus that many companies still use today (disclaimer: TechCrunch is part of the Verizon Media Group). For Google, that's a major win, but it's also a chance for the Google Cloud team to highlight some of the work it has done in this area. It's also worth noting that the Contact Center AI product is a good example of Google Cloud's strategy of packaging up many of its disparate technologies into products that solve specific problems. "A big part of our approach is that machine learning has enormous power but it's hard for people," Google Cloud CEO Thomas Kurian told me in an interview ahead of today's announcement. "Instead of telling people, 'well, here's our natural language processing tools, here is speech recognition, here is text-to-speech and speech-to-text -- and why don't you just write a big neural network of your own to process all that?' Very few companies can do that well. We thought that we can take the collection of these things and bring that as a solution to people to solve a business problem. And it's much easier for them when we do that and […] that it's a big part of our strategy to take our expertise in machine intelligence and artificial intelligence and build domain-specific solutions for a number of customers."

Power Virtual Agents is gaining traction around the world and the market has responded with a strong desire for us to support more languages. Today we're excited to announce that we are bringing to public preview support for an extended set of languages! This enables our partners and customers to build even more engaging and locally relevant experiences for their users. When you create a new bot, you select the language you want the bot to understand when interacting with your users. You'll see that your new bot is prepopulated with content in the target language and you can easily create more topics with trigger phrases and bot responses in the language you've selected.