Multifunction glasses that can monitor your health, let you play video games with your eyes and still work as sunglasses are developed by South Korean scientists. The groundbreaking new wearable tech built at Korea University, Seoul, can provide more advanced personal health data than devices like Fitbits or smart watches. Devices that measure electrical signals from the brain or eyes can help to diagnose conditions like epilepsy and sleep disorders -- as well as in controlling computers. A long-running challenge in measuring these electronic signals, however, has been in developing devices that can maintain the needed steady physical contact between the wearable's sensors and the user's skin. The researchers overcame this issue by integrating soft, conductive electrodes into their glasses that can wirelessly monitor the electrical signals.

'Passive' visual experiences play a key part in our early learning experiences and should be replicated in AI vision systems, according to neuroscientists. Italian researchers argue there are two types of learning – passive and active – and both are crucial in the development of our vision and understanding of the world. Who we become as adults depends on the first years of life from these two types of stimulus – 'passive' observations of the world around us and'active' learning of what we are taught explicitly. In experiments, the scientists demonstrated the importance of the passive experience for the proper functioning of key nerve cells involved in our ability to see. This could lead to direct improvements in new visual rehabilitation therapies or machine learning algorithms employed by artificial vision systems, they claim.

A company targeting the nascent driverless urban delivery market is now testing an autonomous prescription delivery service. Nuro, which has been opening up delivery testbeds and was recently awarded a DOT exemption for driverless delivery, has revealed plans along with CVS Pharmacy to test prescription delivery in Houston, Texas, beginning in June. Founded by former Google engineers Jiajun Zhu and Dave Ferguson, Nuro's business model is to deploy a fleet of small, self-driving vans on an as-a-service basis for last-mile urban delivery. According to the company, its pint-sized, battery-powered vans are safer than human-piloted vehicles and will relieve congestion and pollution by taking bigger delivery trucks off crowded city streets. The prescription delivery testbed is a first-of-its-kind rollout in the autonomous delivery space and suggests significant faith in Nuro's identification and security protocols by CVS and the city of Houston.

The CEO's guide to safely reopening the workplace

Perhaps the single biggest implication of reopening national economies is that responsibility and thus liability for dealing with the covid-19 pandemic will shift from the public to the private sector. Fortune 500 CEOs and small business owners alike will soon be making decisions that affect the health not only of their business but also their people (employees, contractors, customers, suppliers)--which in turn affects the health of their families, friends, and neighbors. With so much at stake, how should business leaders plan for operating in the post-stay-at-home phase of the recovery? The current crisis is driven by a health problem: we don't yet have a treatment or a vaccine for the novel coronavirus. Managers have little control over that.

An experimental tool helps researchers wade through the overwhelming amount of coronavirus literature to check whether emerging studies follow scientific consensus. Why it matters: Since the start of the coronavirus pandemic, there has been a flood of relevant preprints and papers, produced by people with varying degrees of expertise and vetted through varying degrees of peer review. This has made it challenging for researchers trying to advance their understanding of the virus to sort scientific fact from fiction. How it works: The SciFact tool, developed by the Seattle-based research nonprofit Allen Institute for Artificial Intelligence (AI2), is designed to help with this process. Type a scientific claim into its search bar--say, "hypertension is a comorbidity for covid" (translation: hypertension can cause complications for covid patients)--and it will populate a feed with relevant papers, labeled as either supporting or refuting the assertion.

The news: The United Nations is endorsing a computer simulation tool that it believes will help governments tackle the world's biggest problems, from gender inequality to climate change. Global challenges: In 2015, UN member states signed up for a set of 17 sustainable-development goals that are due to be reached by 2030. They include things like "zero poverty," "no hunger," and "affordable and clean energy." How could the tool help? Called Policy Priority Inference (PPI), the software uses agent-based modeling to predict what would happen if policymakers spent money on one project rather than another.

There's plenty of news right now about how people are trying to make real money through video games, and not just by trying to get a taste of that Ninja game-streaming fortune. Most recently, people are selling items for hard cash inside the new Animal Crossing: New Horizons. As the coronavirus takes a hammer to the economy and a number of people are at risk of penury, selling goods inside the game seems like a good idea. But while there's plenty of hype about the potential for virtual economies to thrive as the real-world ones collapse, the truth is a little different. If you're unfamiliar, Animal Crossing: New Horizons is a sim game for the Nintendo Switch in which you build a life for yourself in a community of adorable, anthropomorphic animals.

We hope you wren't leaning on Amazon's Echo Look for fashion advice -- you'll have to find an alternative soon. Simply put, the company no longer feels the Look is necessary given recent changes. Now that Style by Alexa features have found their way into Alexa devices and the Amazon Shopping app, "it's time to wind down" the Look, a spokesperson said. You can read the complete statement below. You aren't completely stranded if the smart camera was a mainstay of your morning routine.

Video Games Don't Have To Be Educational To Spark Learning 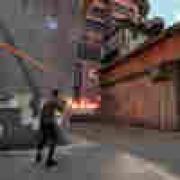 Google to reopen offices in July after coronavirus lockdowns

Google will start reopening its offices from July, after coronavirus lockdowns sent all of its staff home. But the plans will be very phased at the beginning, with only a small number of staff allowed in on a rotating basis, according to its chief executive. In an email sent to staff, Google boss Sundar Pichai said city-based offices will begin to open to some members of staff from July 6. He said phased reopening will allow Google staff to return on a "limited, rotating basis", for example, one day every two weeks, with offices reaching around 10% occupancy. The technology giant began urging staff to work from home in March as the coronavirus outbreak spread around the world.