Learn to create Deep Learning Algorithms in Python from two Machine Learning & Data Science experts. Artificial intelligence is growing exponentially. There is no doubt about that. Self-driving cars are clocking up millions of miles, IBM Watson is diagnosing patients better than armies of doctors and Google Deepmind's AlphaGo beat the World champion at Go - a game where intuition plays a key role. But the further AI advances, the more complex become the problems it needs to solve.

Classification is a process of categorizing a given set of data into classes. The process starts with predicting the class of given data points where the classes can be referred to as target, label, or categories. Classification can be performed on both structured or unstructured data. The main goal of classification is to identify which class/category the new data will fall into and is best used when the output has finite and discrete values. In simple terms, Neural networks are multi-layer networks of neurons designed to recognize patterns.

13 Top Python Libraries You Should Know in 2020

Python provides a lot of libraries to help developers with their work. Which of them will be the most popular in 2020? And which are worth your time? Here are our picks for the 13 top Python libraries. Python is one of the most popular programming languages.

How to setup TensorFlow on Ubuntu

How to setup TensorFlow on Ubuntu - This tutorial will help you set up TensorFlow 1.12 on Ubuntu 16.04 with a GPU using Docker and nvidia-docker. TensorFlow is one of the most popular deep-learning libraries. It was created by Google and was released as an open-source project in 2015. TensorFlow is used for both research and production environments. Installing TensorFlow can be cumbersome.

It contains lots of pre-trained machine learning models that data scientists use rather than creating their own models. Obviously, it depends on what ML model you need to use. If you are looking for something very specific for your intent, maybe it's better to create your own model. Theano uses NumPy's syntax to optimize and evaluate mathematical expressions. It uses the GPU to speed up its processes.

This technical article will teach you how to pre-process data, create your own neural networks, and train and evaluate models using the US-CERT's simulated insider threat dataset. The methods and solutions are designed for non-domain experts; particularly cyber security professionals. We will start our journey with the raw data provided by the dataset and provide examples of different pre-processing methods to get it "ready" for the AI solution to ingest. We will ultimately create models that can be re-used for additional predictions based on security events. Throughout the article, I will also point out the applicability and return on investment depending on your existing Information Security program in the enterprise. Note: To use and replicate the pre-processed data and steps we use, prepare to spend 1–2 hours on this page. Stay with me and try not to fall asleep during the data pre-processing portion. What many tutorials don't state is that if you're starting from scratch; data pre-processing takes up to 90% of your time when doing projects like these. The author provides these methods, insights, and recommendations *as is* and makes no claim of warranty.

Best AI Software in 2020 to Make Your Work Smarter

Artificial Intelligence through its omnipresence is capable of transforming various industries. AI can help develop smart systems not only for professionals but for personal use as well. Using AI one can collect data from different sources in an easier way and turn that into valuable insight. The personalization introduced by the technology in various sectors has soared the revenue and benefits of brands and customers respectively. And all of these can be brought into action using AI software.

"Artificial Intelligence, deep learning, machine learning -- whatever you're doing if you don't understand it -- learn it. Because otherwise, you're going to be a dinosaur within 3 years." How will You benefit from this Free Course? This course has one goal:Teaching you how Artificial Neural Networks work at a low level and how to implement them from scratch using TensorFlow. How are We going to do that? 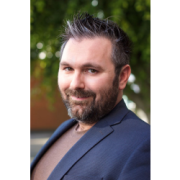 Chris Mattmann is the Deputy Chief Technology and Innovation Officer at NASA Jet Propulsion Lab, where he has been recognised as JPL's first Principal Scientist in the area of Data Science. Chris has applied TensorFlow to challenges he's faced at NASA, including building an implementation of Google's Show & Tell algorithm for image captioning using TensorFlow. He was involved in the Mars rover landing mission, where he was working in a planetary data system engineering node, helping to build a data management framework called object-oriented data technology to support capturing, processing and sharing of data for NASA's scientific archives. He contributes to open source as a former Director at the Apache Software Foundation, and teaches graduate courses at USC in Content Detection and Analysis, and in Search Engines and Information Retrieval. In this episode, Chris opens the show discussing his interest in data.

Next Steps with Pandas and Modeling

By now you have learned the basics of machine learning and a bit of Python 3 and Pandas. Here are a few next steps, and free resources to get you going. I will keep adding information here as I think of it, or from suggestions in the comments. At this point, you should not read the documentation as if were a book (although you can do so if this works for you). Browse the documentation top-down to familiarize yourself with the various topics available.