How AIOps Help Businesses Optimize Their IT Operations?

Artificial intelligence for IT operations, mainly acknowledged as AIOps, is the talk of the town these days, but people talk less about the way to implement AIOps. However, to implement AIOps successfully, businesses must know the process and tools needed at each stage. And, yes, AIOps will help businesses optimize their IT operations. Today, IT companies operate in complicated and extensive environments, often while connecting on-premises and private and public clouds legacy setups. IT leaders, managers, and teams are usually under pressure to serve the business with their end-to-end IT operations and services. The enterprise's core focus is to prevent the most significant instances and any downtime.

Carrot ("Carrot" or the "Company") and Luxrobo announced today the establishment of a Joint Venture (JV) that brings together two premier tech companies from the field of digital insurance and IoT-technology. Together they operate as Lucky Box Solutions Inc. to deliver the most optimized IoT systems and telematics devices while positioning itself as the leader of InsurTech, industry that has become the noise of the town in recent years. Both companies have established proven track records of providing innovation in emerging sectors and are poised to offer cutting-edge solutions in the areas of Artificial Intelligence, Machine Learning, Data Interoperability, Analytics and Processing, and Internet of Things while providing risk prevention and insurance protection services. Carrot has made a name for itself over the past few years by providing modernized insurance service to the consumers of South Korea with its customer-centered design of Pay-Per-Mile auto insurance product. As seen with its top-tier customer retention, customers are highly praising for its fair and transparent pricing, month-end payment term, IoT-driven emergency and other value-added services, and cash incentive program that rewards customers based on their safe-driving scores. 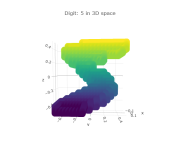 This article was published as a part of the Data Science Blogathon. The MNIST dataset classification is considered the hello world program in the domain of computer vision. The MNIST dataset helps beginners to understand the concept and the implementation of Convolutional Neural Networks. Many think of images as just a normal matrix but in reality, this is not the case. Images possess what is known as spatial information.

What is "Stochastic" in Stochastic Gradient Descent (SGD)

Over the past 5 months, I had been reading the book Probability Essentials by Jean Jacod and Philip Protter, and the more time I spent on it, more I started to treat every encounter with Probability with a rigorous perspective. Recently, I was reading a paper in Deep Learning and the authors were talking about Stochastic Gradient Descent (SGD), which got me thinking, why is it called "stochastic"? Where is the randomness in it? Disclaimer: I won't be trying to explain any mathematical bits in this article solely because it is a pain to add equations. I hope the reader has some familiarity with the mathematical bits of the Gradient Descent algorithm and its variants. I'll provide a brief introduction where necessary, but won't be going into much detail.

Can Machine Learning Be the Cause of Data Breaches?

Machine learning (ML) has empowered businesses to scale up to modern business demands. From training artificial Intelligence (AI) to answering customer concerns, optimizing processes to detecting and analyzing fraud, the advent of technology in business has been exquisite. While the full impact of machine learning is yet unknown, ethical issues are becoming more prevalent. ML has already experienced some unexpected catastrophic events. Therefore, debates over ML and AI ethics and risk assessments are far from over.

Artificial intelligence in general, and more specifically Deep Learning and neural networks, open the door to a new era in image processing. Why should companies look into this technology, what is important to know and how easy is it actually to set up a new project? After participation, you will have a better grasp of this new technology and be familiar with the essential know-how concerning this field. We also show you that it is actually really easy to set-up your individual, deep learning-based vision solutions, even if you have no prior knowledge. 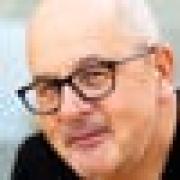 Chris Matyszczyk is an award-winning creative director who now runs the consultancy Howard Raucous LLC. I've come with my lawyer, just in case. I'll admit I'm out of practice. The last time I was being interviewed for a job was certainly when America was still sane. Yet I never really prepared for particular questions to be asked. I merely feared that the first question would be: "Tell me a little about yourself."

At BlackBerry's analyst summit this week, a great deal of time was spent on the company's secure QNX operating system, its IVY platform for software management on cars, and other tools and utilities designed for the next generation of personal transportation. This conversation can't happen soon enough. A growing concern of mine is that automobile companies don't yet seem to fully understand the risk they are taking with platforms that aren't secure enough for products tied to human transportation and safety. Having someone hack your phone or PC is bad, but having someone hack your car could be deadly. So when the industry is talking about putting apps in cars, safety and security should be a far higher priority for many of the automotive OEMs than it seems to be.

Every year, tropical hurricanes affect North and Central American wildlife and people. The ability to forecast hurricanes is essential in order to minimize the risks and vulnerabilities in North and Central America. Machine learning is a newly tool that has been applied to make predictions about different phenomena. We present an original framework utilizing Machine Learning with the purpose of developing models that give insights into the complex relationship between the land–atmosphere–ocean system and tropical hurricanes. We study the activity variations in each Atlantic hurricane category as tabulated and classified by NOAA from 1950 to 2021. By applying wavelet analysis, we find that category 2–4 hurricanes formed during the positive phase of the quasi-quinquennial oscillation. In addition, our wavelet analyses show that super Atlantic hurricanes of category 5 strength were formed only during the positive phase of the decadal oscillation. The patterns obtained for each Atlantic hurricane category, clustered historical hurricane records in high and null tropical hurricane activity seasons. Using the observational patterns obtained by wavelet analysis, we created a long-term probabilistic Bayesian Machine Learning forecast for each of the Atlantic hurricane categories. Our results imply that if all such natural activity patterns and the tendencies for Atlantic hurricanes continue and persist, the next groups of hurricanes over the Atlantic basin will begin between 2023 ± 1 and 2025 ± 1, 2023 ± 1 and 2025 ± 1, 2025 ± 1 and 2028 ± 1, 2026 ± 2 and 2031 ± 3, for hurricane strength categories 2 to 5, respectively. Our results further point out that in the case of the super hurricanes of the Atlantic of category 5, they develop in five geographic areas with hot deep waters that are rather very well defined: (I) the east coast of the United States, (II) the Northeast of Mexico, (III) the Caribbean Sea, (IV) the Central American coast, and (V) the north of the Greater Antilles.