Learn to create Deep Learning Algorithms in Python from two Machine Learning & Data Science experts. Artificial intelligence is growing exponentially. There is no doubt about that. Self-driving cars are clocking up millions of miles, IBM Watson is diagnosing patients better than armies of doctors and Google Deepmind's AlphaGo beat the World champion at Go - a game where intuition plays a key role. But the further AI advances, the more complex become the problems it needs to solve.

Mobileye demos self-driving car that uses cameras to get around

Mobileye, Intel's driverless vehicle R&D division, today published a 40-minute video of one of its cars navigating a 160-mile stretch of Jerusalem streets. The video features top-down footage captured by a drone, as well as an in-cabin cam recording, parallel to an overlay showing the perception system's input and predictions. The perception system was introduced at the 2020 Consumer Electronics Show and features 12 cameras, but not radar, lidar, or other sensors. Eight of those cameras have long-range lenses, while four serve as "parking cameras" and all 12 feed into a compute system built atop dual 7-nanometer data-fusing, decision-making Mobileye EyeQ5 chips. Running on the compute system is an algorithm tuned to identify wheels and infer vehicle locations and an algorithm that identifies open, closed, and partially open car doors.

Chinese ride-hailing giant Didi Chuxing Technology Co. raised more than $500 million in a funding round led by SoftBank Group Corp. for its autonomous-driving subsidiary, the company said Friday, as it competes with well-backed U.S. startups over self-driving technology. The fresh boost in capital led by SoftBank's Vision Fund 2, the successor to the Japanese tech investor's $100 billion Vision Fund, will be used to test, develop and deploy Didi's autonomous-driving technology, Didi said. The company is also planning to work...

A company targeting the nascent driverless urban delivery market is now testing an autonomous prescription delivery service. Nuro, which has been opening up delivery testbeds and was recently awarded a DOT exemption for driverless delivery, has revealed plans along with CVS Pharmacy to test prescription delivery in Houston, Texas, beginning in June. Founded by former Google engineers Jiajun Zhu and Dave Ferguson, Nuro's business model is to deploy a fleet of small, self-driving vans on an as-a-service basis for last-mile urban delivery. According to the company, its pint-sized, battery-powered vans are safer than human-piloted vehicles and will relieve congestion and pollution by taking bigger delivery trucks off crowded city streets. The prescription delivery testbed is a first-of-its-kind rollout in the autonomous delivery space and suggests significant faith in Nuro's identification and security protocols by CVS and the city of Houston.

Apple has rolled out a new Mac update that changes the way its computers charge. The company says the new technology will allow those batteries – and therefore the computers they are in – to last longer. As they do, the amount of charge they can hold drops, until they eventually become so short their life is over. The new feature aims to slow down the rate at which that ageing process happens. It does so by watching how hot it gets and when it tends to be charged.

CVS Health will try delivering prescriptions with self-driving vehicles in a test that begins next month. The drugstore chain said Thursday that it will partner with the Silicon Valley robotics company Nuro to deliver medicines and other products to customers near a Houston-area store. A CVS spokesman said the prescriptions will routinely be delivered within an hour of being ordered. Customers will have to confirm their identity in order to unlock their delivery after the vehicle arrives. Nuro has previously started partnerships to test the delivery of pizzas for Domino's or groceries for Kroger, also in the Houston area.

CVS Health will try delivering prescriptions with self-driving vehicles in a test that begins next month. The drugstore chain said Thursday that it will partner with the Silicon Valley robotics company Nuro to deliver medicines and other products to customers near a Houston-area store. A CVS spokesman said the prescriptions will routinely be delivered within an hour of being ordered. Customers will have to confirm their identity in order to unlock their delivery after the vehicle arrives. Nuro has previously started partnerships to test the delivery of pizzas for Domino's or groceries for Kroger, also in the Houston area. As scientists and researchers strive harder to make Artificial Intelligence (AI) mainstream, this ingenious technology is already making its way to our day to day lives and continues ushering across several industry verticals. From voice-powered personal assistants like Siri and Alexa to autonomously-powered self-driving vehicles, AI has been rearing itself as a force to be reckoned with. Many tech giants such as Apple, Google, Facebook, and Microsoft have been making huge bets on the long-term growth potential of Artificial Intelligence. According to a report published by the research firm Markets and Markets, the AI market is expected to grow to a $190 billion industry by 2025. More and more businesses are looking to boost their ROI by leveraging the capabilities of AI. 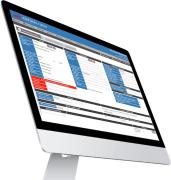 The driverless car startup Nuro is deploying its fleet of robocars in Texas to deliver people's prescriptions. According to the company, its fleet of tiny self-driving cars will start delivering prescriptions next month to CVS customers in Houston at no extra charge. The company says it will start making deliveries with its autonomous fleet of Toyota Prius' and then switch to its smaller and more dedicated robot, the R2. For now, a safety driver will be accompanying the cars until Nuro switches to its completely autonomous R2. Eligible customers in three zip codes will be able to use the CVS website or the company's pharmacy app to order prescriptions online.