AI and the Far Right: A History We Can't Ignore 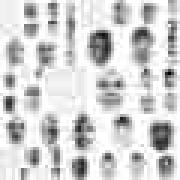 The heads of two prominent artificial intelligence firms came under public scrutiny this month for ties to far right organizations. A report by Matt Stroud at OneZero identified the founder and CEO of surveillance firm Banjo, Damien Patton, as a former member of the Dixie Knights of the Ku Klux Klan, who was charged with a hate crime for shooting at a synagogue in 1990. The report led the Utah Attorney General's office to suspend a contract worth at least $750,000 with the company, and reportedly the firm has also lost a $20.8 million contract with the state's Department of Public Safety. Only a few weeks earlier, Luke O'Brien at the Huffington Post uncovered that Clearview AI's founder, Cam-Hoan Ton-That, affiliated with far right extremists including former Breitbart writer Chuck Johnson, Pizzagate conspiracy theorist Mike Cernovich, and neo-Nazi hacker Andrew'weev' Auernheimer. Moreover, the reporters found evidence that Ton-That collaborated with Johnson and others in the development of Clearview AI's software.

From mythology to machine learning, a history of artificial intelligence

From helping in the global fight against Covid-19 to driving cars and writing classical symphonies, artificial intelligence is rapidly reshaping the world we live in. But not everyone is comfortable with this new reality. The billionaire tech entrepreneur Elon Musk has referred to AI as the "biggest existential threat" of our time. With recent scientific studies testing the technology's ability to evolve on its own, every step in its development throws up new concerns as to who is in control and how it will affect the lives of ordinary people. Here are 9 important milestones in the history of AI and the ethical concerns that have long loomed over the field.

History of Artificial Intelligence - AI of the past, present and the future! - DataFlair

It was 1880's when a great scientist came up with this term and since then a lot of revolutions came in the field which helped the business and the economy to boom. If you believe in the above lines, you are lost. Rome wasn't built in a day, and so is AI. Let's start by discussing the history of Artificial Intelligence. The first patent for the invention of the telephone happened in 1876 and AI was introduced at a much later stage. 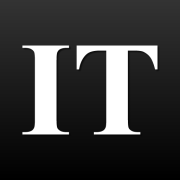 Fexco has opened a €21 million research and development facility in Killorglin, Co Kerry. Dedicated to Stanford University computer scientist John McCarthy, the 57,000 sq ft building houses Fexco's Research Development and Innovation Centre, and digital innovation centre RDI Hub, a not-for-profit public private partnership focused on the commercialisation of innovation and research and backed by Fexco, IT Tralee and Kerry County Council. Some 125 Fexco staff will be located at the building, replacing a manufacturing facility that was closed in 2012. Fexco said the operation is aimed at driving its continuing development as a leading global fintech company. "This new building signals our commitment to providing world-class innovative fintech solutions to a global audience as well as supporting our local community, through job creation and local investment," said Denis McCarthy, chief executive of Fexco.

CLV as the Best Metric for Company Valuation - Kauffman Fellows

The proliferation of DTC, SaaS, and subscription-based companies has had many venture capitalists and investors to call for a better valuation strategy. Traditional DCF models have often required investors to take leaps of faith over blindspots that, according to the Retina team, can be avoided. We spoke with Retina.AI Founders Michael Greenberg (CEO) and Brad Ito (CTO) about how customer lifetime value (CLV) can be used to provide a much more accurate representation of a company's valuation than historical metrics such as a DCF. Retina urges its users to "Focus on the right customer, not the "right now" customer" by developing an incredibly intimate understanding of total predictive customer lifetime value, or the amount of money a customer will spend over the course of their lifetime. Retina's machine learning model combines recency, frequency, and magnitude (RFM), as well as churn rates to map out accurate customer journeys.

The LegalOps Highlight is a bi-weekly blog series that features relevant news, market trends and legal technology updates from the legal ecosystem. The content is curated from legal and business trade publications, consulting and analyst firms, and Onit SimpleLegal partners, customers and subject matter experts. Be sure to subscribe to our blog and follow SimpleLegal and #LegalOpsHighlight on LinkedIn and Twitter for updates! Corporate Counsel magazine reporters spoke to several general counsel about what they say will impact their work and the legal industry. From outside counsel merging with other law firms to the use of artificial intelligence to keep down legal department costs, this article outlines some of the trends in-house counsel may find themselves dealing with in the new year.

John McCarthy was the son of a penniless Irish immigrant from Kerry and maybe the most important Irish American you never heard of. He died in 2011 aged 84. He was an American computer scientist pioneer and inventor and is known as the father of artificial intelligence (AI) after playing the key role in the development of intelligent machines we now call computers. He won the Turing Prize, one step below the Nobel, in 1971. He coined the term artificial intelligence for a 1955 Dartmouth College conference he chiefly organized which was the first-ever AI conference.

According to an unofficial consensus, the birth of artificial intelligence as an independent research project can be dated to the summer of 1956, when John McCarthy at Dartmouth College, where he belonged to the Mathematical Department, was able to persuade the Rockefeller Foundation to finance an investigation " The study is to proceed on the basis of the conjecture that every aspect of learning or any other feature of intelligence can in principle be so precisely described that a machine can be made to simulate it". In addition to McCarthy (who was a professor at Stanford University until 2000 and is responsible for the coining of the term "artificial intelligence"), several other participants took part in the historical workshop at Dartmouth: Marvin Minsky (former professor at Stanford University), Claude Shannon (inventor of information theory); Herbert Simon (Nobel Prize winner in economics); Arthur Samuel (developer of the first chess computer program at world champion level); furthermore half a dozen experts from science and industry, who dreamed that it might be possible to produce a machine for coping with human tasks, which, according to the previous opinion, require intelligence. The Manifesto of Dartmouth (written at the dawn of the AI age) is both irritating and blurred. It is not clear whether the conference participants believed that one-day machines would actually think or just behave as if they could imagine. Both possible interpretations allow the word "simulate."

In this series, The Week looks at the ideas and innovations that permanently changed the way we see the world. Artificial intelligence (AI), sometimes referred to as machine intelligence, is intelligence demonstrated by machines, in contrast to the natural intelligence of humans. AI is the ability of a computer program or a machine to think and learn, so that it can work on its own without being encoded with commands. The term was first coined by American computer scientist John McCarthy in 1955. Human intelligence is "the combination of many diverse abilities", says Encyclopaedia Britannica.

Army Secretary Ryan McCarthy isn't ready to invest in the hype around artificial intelligence just yet. Rather, he's set the Army's focus for the next two years on acquiring the cloud architecture that can serve as the foundation for AI in the future. Expect to see more action and discussion around cloud than on AI in the Army "because you've got to put the horse in front of the cart in order to pull it," McCarthy said Thursday at an AEI event. "Cloud has to happen to maximize AI," he said. But if you talk to the people in the financial industry who basically did it first, the online trading with writing in an algorithm that helps you make a decision on whether to buy a barrel of oil or not -- that's from cloud architecture.