Top 9 Libraries You Can Use In Large-Scale AI Projects

Using machine learning to solve hard problems and building profitable businesses is almost mainstream now. This rise was accompanied by the introduction of several toolkits, frameworks and libraries, which made the developers' job easy. In the first case, there are tools and approaches, often tedious, to scrape and gather data. However, in the latter case, a data surge will bring its own set of problems. These problems can range from feature engineering to storage to computational overkill.

Here, we have expertise in creating multi-platform mobile app solutions for both Android and iOS devices. Using PhoneGap, Xamarin and React Native, we offer custom app development that runs smoothly on multiple platforms.

How artificial intelligence provided early warnings of the Wuhan virus

During the kind of virus outbreak that China and other nations are now contending with, time is of the essence. The earlier the warning, the better the chance to contain the contagion. One problem, though, is that governments are sometimes reticent to share information. Such was the case in 2002 and 2003, when Chinese authorities were accused of covering up the SARS epidemic that eventually claimed over 740 lives around the world. With the current outbreak, involving a coronavirus that originated in Wuhan and has so far taken over 40 lives, the Chinese government is being more transparent, as Germany's health minister noted to Bloomberg yesterday on the sidelines of the World Economic Forum in Davos.

A Quick Overview on the Kaggle Competition for Avito

I didn't have much time for this competition, so didn't invest much into feature engineering, creating ensembles or other things. As I participated in the Avazu competition as well, which included the use of tinrtgu's now-famous code, I decided to use the same approach here. The overall goal of the competition is to analyze user behavior in order to generate a model for recommending ads to be shown in front of users, with the success metric being whether or not the user clicks on the ad. There is already a lot of work on this topic, so there is no need to rebuild everything from scratch. If you haven't read the paper from Google on FTRL for ad prediction and their view from the trenches then I can really recommend that as a first step. 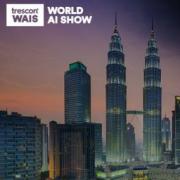 World AI Show - Kuala Lumpur will be Malaysia's biggest confluence of Tech, Partnerships and go-to-market strategies. The potential of Artificial Intelligence is far from being fully exploited thus making now the best time for Malaysia to sprint to the front of the race. WAIS is an unprecedented opportunity that pushes an agenda of #AIForAll Malaysians as we bring AI which is affordable for businesses across. This event is Co-Located with the World Blockchain Summit (23-24 March 2020). World AI Show is a thought-leadership-driven, business-focused, global series of events taking place in strategic locations across the world.

Clearview AI, an artificial intelligence firm providing facial recognition technology to US law enforcement, may be overstating how effective its services are in catching terrorist suspects and preventing attacks, according to a report from BuzzFeed News. The company, which gained widespread recognition from a New York Times story published earlier this month, claims it was instrumental in identifying a New York suspect from video footage who had placed three rice cookers disguised as explosive devices around New York City last August, creating panic and setting off a citywide manhunt. BuzzFeed News found via a public records request that Clearview AI has been claiming in promotional material that law enforcement linked the suspect to an online profile in only five seconds using its database. But city police now say this is simply false. "The NYPD did not use Clearview technology to identify the suspect in the August 16th rice cooker incident," an NYPD spokesperson told BuzzFeed News.

A regulatory market approach would enable the dynamism needed for AI to flourish in a way consistent with safety and public trust. It seems the White House wants to ramp up America's artificial intelligence (AI) dominance. Earlier this month, the U.S. Office of Management and Budget released its "Guidance for Regulation of Artificial Intelligence Applications," for federal agencies to oversee AI's development in a way that protects innovation without making the public wary. The noble aims of these principles respond to the need for a coherent American vision for AI development--complete with transparency, public participation and interagency coordination. But the government is missing something key.

Any company that makes and sells consumer or business products faces technical support challenges. With even the best-made products, some customers will inevitably have questions or encounter issues that cause them to turn to a help desk for support. For the tech support organization, the goal is always to streamline and accelerate the support experience, so customers get their questions answered and their issues resolved quickly and painlessly. To achieve this goal, the support organization needs tools that enable its agents to find the right information in an efficient manner. At Dell Technologies, these tools now include a homegrown machine-learning system that leverages natural language processing capabilities.

Facial recognition technology was introduced in the 1960s, languished through the AI winter, and in recent years has taken off -- boosted by increasingly powerful deep neural networks. Facial recognition has been applied in Face ID device unlocking functions, public security services, smart payment systems and more. During Taylor Swift's 2018 "Reputation" tour, the American singer-songwriter's security team utilized the tech to safeguard her from stalkers. Now, a research team from the Hong Kong University of Science and Technology and Harbin Engineering University has adopted facial recognition technology to analyze students' emotions in the classroom through a visual analytics system called "EmotionCues." Paper co-author Huamin Qu says the system "provides teachers with a quick and convenient measure of students' engagement level in a class. Knowing whether the lectures are too hard and when students get bored can help improve teaching." 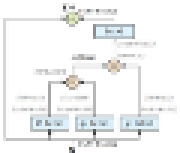 In order to implement global reference for each pixel-level prediction, Wang et al. proposed self-attention mechanism in CNN (Figure 1). Their approach is based on covariance between the predicted pixel and every other pixel, in which each pixel is considered as a random variable. If we reduce the original Figure 1 to the simplest form as Figure 1, we can easily understand the role covariance plays in the mechanism. Firstly, we have input feature map X with height H and width W. Then we reshape X into three 1-dimensional vectors A, B and C, multiplying A and B to get the covariance matrix with size HWxHW. Finally, we multiply the covariance matrix with C, getting D and reshape it to the output feature map Y with a Resnet connection from input X.