Cartesiam, a startup that aims to bring machine learning to edge devices powered by microcontrollers, has launched a new tool for developers who want an easier way to build services for these devices. The new NanoEdge AI Studio is the first IDE specifically designed for enabling machine learning and inferencing on Arm Cortex-M microcontrollers, which power billions of devices already. As Cartesiam GM Marc Dupaquier, who co-founded the company in 2016, told me, the company works very closely with Arm, given that both have a vested interest in having developers create new features for these devices. He noted that while the first wave of IoT was all about sending data to the cloud, that has now shifted and most companies now want to limit the amount of data they send out and do a lot more on the device itself. "It's just absurd to send all this data -- which, by the way, also exposes the device from a security standpoint," he said.

Here at Smart Data Collective, we talk a lot about the benefits of artificial intelligence in the marketing profession. It is easy to see why this is such a core focus. There are hundreds of applications of big data for marketing. However, there are some more specific ways marketers are incorporating big data into their strategies. One of the newest approaches they are taking is leveraging machine learning in their influencer marketing tactics.

Are you interested in learning the foundations to a successful data science career? Or are you looking to brush up on your maths, or strengthen your understanding by extending that base? This is a selection of maths courses, collections of courses, and specializations which are freely available online, and which can help achieve your data science mathematics goals. They have been separated into the broad topics of mathematical foundations, algebra, calculus, statistics & probability, and those especially relevant to data science & machine learning. Take a look at the list and closer inspect those which may be of interest to you.

Data Transparency and Curation Vital to Success of Healthcare AI

Amid advances in precision medicine, healthcare is facing the twin challenges of having to curate and tailor the use of patient data to drive genomics-powered breakthroughs. That was the takeaway from the AI & data sciences track of last week's Precision Medicine World Conference in Santa Clara, California. "There aren't a lot of physicians saying, 'Bring me more AI,' " said John Mattison, MD, emeritus CMIO and assistant medical director of Kaiser Permanente. "Every physician is saying bring me a safer and more efficient way to deliver care." Mattison recalled his prolonged conversations with the original developers of IBM's Watson AI technology.

The Challenge Of Analytics Growth In The Public Sector

Although the opportunities to apply analytics in the public sector are abundant, cultural and technical challenges must be overcome before government agencies can claim to be fully developed, enterprise-wide, analytically competitive organizations. Building an analytical culture where data is widely used to evaluate hypotheses is crucial for an analytically competitive organization. Despite the successes that the public sector has seen in the past with analytics, data analysis is not integrated into most decision-making processes. This can partly be attributed to the enormous variety of tasks in many different fields that government organizations perform. In such varied environments, one-size-fits-all approach to cultural change is often ineffective, and customized approaches training, policies, and incentives are necessary.

Data volumes in mobile networks are increasing at an unprecedented rate. In our latest mobility report, we forecast that mobile data traffic will grow fourfold by 2025, reaching up to 160 exabytes (EB) per month. This is amazing of course and offers all kinds of opportunities for communications service providers, but there is also a potential downside to this rapid surge in data traffic: its impact on the energy consumption and carbon footprint of mobile networks. That's not the only downside for communications service providers, as it also raises a significant cost concern. As we found in our AI report, the demand to reduce operational costs already ranks among the top priorities for today's operators.

Alexa: Can We Trust You?

Sign in to report inappropriate content. With the rise of voice assistants and chatbots, the latest episode of Constructech TV digs into the growth predictions, construction case studies, and potential hurdles to adopting the technology. Peggy Smedley asks: Can we trust Alexa and Siri with our business? And perhaps, more importantly, if we can't, what needs to happen next to help the construction industry feel good about the privacy and security of voice assistants.

The Potential of AI in the Healthcare Supply Chain

Grand View Research estimates the global AI market will grow at a compound annual rate of 57% between 2017 and 2025, reaching $36 billion. Forrester predicts that 2020 is the year executives will focus on how to drive and measure the value of their investments in AI. A recent survey of healthcare executives conducted by Optum found that not only is use of AI on the rise, but also that most executives expect a faster return on their investments than first anticipated. What's missing from these lofty projections are more substantive discussions about what's required to ensure that AI can deliver on its promise, such as the importance of data governance and management. There are also fewer conversations about the role AI and machine learning can play in the healthcare supply chain, compared with other areas, such as improved disease diagnosis and drug development.

How to Drive Adoption of Pricing Technology

Delivering the right products and prices, for every sales engagement, at lightning speed, requires the power of proven AI technology. But how do you get your sales team to get on board with prescriptive pricing recommendations when they've been doing it their way for so long? Follow these tips to help ensure your sales team follows your customer deal pricing recommendations. Once they see how AI-powered pricing shortens approval cycles, enables them to price quickly and accurately, and helps identify new opportunities, they'll be hooked. Alex Smith has over 10 years at PROS helping companies Outperform in pricing & sales effectiveness across all our industries and regions.

Andreessen-Horowitz craps on "AI" startups from a great height 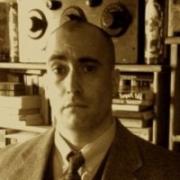 Andreessen-Horowitz has always been the most levelheaded of the major current year VC firms. While other firms were levering up on "cleantech" and nonsensical biotech startups that violate physical law, they quietly continued to invest in sane companies (also hot garbage bugman products like soylent). I assume they actually listen to people on the front lines, rather than what their VC pals are telling them. Maybe they're just smarter than everyone else; definitely more independent minded. Their recent review on how "AI" differs from software company investments is absolutely brutal.