Artificial intelligence is changing the world of image editing and manipulation, and Adobe doesn't want to be left behind. Today, the company is releasing an update to Photoshop version 22.0 that comes with a host of AI-powered features, some new, some already shared with the public. These include a sky replacement tool, improved AI edge selection, and -- the star of the show -- a suite of image-editing tools that Adobe calls "neural filters." These filters include a number of simple overlays and effects but also tools that allow for deeper edits, particularly to portraits. With neural filters, Photoshop can adjust a subject's age and facial expression, amplifying or reducing feelings like "joy," "surprise," or "anger" with simple sliders.

With the rapid increase in software development and data science, Artificial Intelligence (AI) and Automated Machine Learning (AutoML) have been evolving at an impressive rate. AutoML is on its way to create a new wave of progress and provide developers with critical skills. With the rise of big data, advanced analytic, and predictive models since the beginning of lockdown, AI and ML are rapidly developing and thriving. AutoML is the process of automating the process of applying Machine Learning to real-world problems. AutoML covers the full pipeline from the raw dataset to the deployable ML model and was proposed as an AI-based solution to the ever-growing challenge of applying machine learning.

The grading process is a method of assigning a grade to an assignment submitted by a student. From high school to college students, the need for grading assignments is quite evident. The graded assignments help students understand the quality of their submitted work. The manual process of grading involves checking each assignment and assigning a grade to it. The quality of the written work and the substantiation of the assignment's core topic are vital factors for grading the paper.

How a Montreal chatbot provider is using CRM to drive revenue

Heyday co-founders Steve Desjarlais, left, and Étienne Mérineau stand in the company's Montreal office on Sept. 30, 2020. When COVID-19 hit, forcing people to stay home, Heyday AI knew its chatbot technology would be vital for retailers that could no longer converse with their customers in person. But the Montreal-based company also knew landing new clients would be a challenge given the cancellation of big tech events where it often drums up business face-to-face. "A lot of [those] sales ... bank on relationships, and therefore you need to meet in person," says Étienne Mérineau, who co-founded Heyday in 2017 with Steve Desjarlais, David Bordeleau and Hugues Rousseau. Heyday uses artificial intelligence to help retailers communicate with customers on websites and across various apps and programs such as Facebook Messenger and Google Maps.

This Hilariously Odd Short Film Was Written by GPT-3

In Solicitors, a new short film made by a pair of senior student filmmakers from Chapman University, the action begins with a woman sitting on a couch, reading a book. She gets up to answer it, finding a sweaty, slightly frenetic young man with wild hair standing on her doorstep. "I'm a Jehova's Witness," he says. "Sorry, I don't talk to solicitors," she responds. The man scrambles, trying to keep her attention.

6 questions about the future of AI

What does the AI enterprise of the future look like? That's a tough question that I've been asked to consider, along with a distinguished panel at Valley ML AI Expo 2020. The title of the panel is, "Life, the Universe and the AI Enterprise of the Future." Based on an initial chat with panel chair Gautam Khera, I've written up some possible topics we'll be covering on the panel. Consider this a preview of the talk.

What is an Algorithm, and How Do Computers Know What to Do with Data?

The world of computing is full of buzzwords: AI, supercomputers, machine learning, the cloud, quantum computing and more. One word in particular is used throughout computing – algorithm. In the most general sense, an algorithm is a series of instructions telling a computer how to transform a set of facts about the world into useful information. The facts are data, and the useful information is knowledge for people, instructions for machines or input for yet another algorithm. There are many common examples of algorithms, from sorting sets of numbers to finding routes through maps to displaying information on a screen. 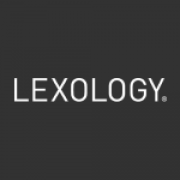 Tokyo, Oct. 17 (Jiji Press)–Japanese fish industries are starting to use artificial intelligence to select high-quality fish at markets and find good fishing grounds, areas where they have relied largely on experience and intuition.AI tools are drawing attention because they can easily replicate proficient skills, including those needed to evaluate tuna quality and determine likely locations of fishing grounds for saury.When judging the quality of fish, buyers look at how fresh and firm the meat is and how much fat it puts on."You

The spacesuited figure on the cover makes it look like science fiction, the opening liability disclaimer would fit right into to an end-user licence agreement, the index is sandwiched between a 40-page bibliography and a handy list of abbreviations, from CAPTCHA to YOLO, that you probably know but might like an reminder of, and the whole book is covered by a Creative Commons licence. So how does this unusual approach to publishing stand up? The introduction to Exponential Progress purports to be written at the back end of the 21st century, reframing the usual'outhouse to zero-gravity toilet in 70 years' reference to the speed of progress as a 300-year jump from no electricity to'outer-terrestrial colonies' (along with hints about a civilisation of AIs). By promising to explain to fictional readers some eight decades in the future how we got there, author Farabi Shayor gets licence to cover the state of the art across a range of current and bleeding-edge technologies -- virtual reality, electric and self-driving cars, AI (both software and'brain-like' chips), the singularity, brain-computer interfaces, CRISPR and synthetic biology -- for a general audience. Although the book promises to explore the dangers of emerging technology and whether the pace of innovation is beyond human control, the writing is often unstintingly optimistic.