CARMA is an advisory system for rangeland grasshopper infestations that demonstrates how AI technology can deliver expert advice to compensate for cutbacks in public services. CARMA uses two knowledge sources for the key task of predicting forage consumption by grasshoppers: (1) cases obtained by asking a group of experts to solve representative hypothetical problems and (2) a numeric model of rangeland ecosystems. These knowledge sources are integrated through the technique of model-based adaptation, in which case-based reasoning is used to find an approximate solution, and the model is used to adapt this approximate solution into a more precise solution. CARMA has been used in Wyoming counties since 1996. The combination of a simple interface, flexible control strategy, and integration of multiple knowledge sources makes CARMA accessible to inexperienced users and capable of producing advice comparable to that produced by human experts.

Foodborne illness afflicts 48 million people annually in the U.S. alone. Over 128,000 are hospitalized and 3,000 die from the infection. While preventable with proper food safety practices, the traditional restaurant inspection process has limited impact given the predictability and low frequency of inspections, and the dynamic nature of the kitchen environment. Despite this reality, the inspection process has remained largely unchanged for decades. CDC has even identified food safety as one of seven "winnable battles"; however, progress to date has been limited.

North Atlantic right whales are being weakened by commercial fishing nets, according to new study

A comprehensive new study of North Atlantic right whales has found the species is significantly smaller and less healthy than southern right whales and could be wiped out in the next 20 years without intervention. The study, the largest of its kind, was organized by Dr. Fredrik Christiansen or Aarhus University in Denmark and involved 12 research institutions across five countries. The team used a fleet of drones to capture images of right whales in the North Atlantic and three major regions in the southern hemisphere. A team of researchers organized by Dr. Fredrik Christiansen or Aarhus University in Denmark used drones to photograph right whales around the world and found North Atlantic right whales are far smaller and less healthy than their southern hemisphere counterparts Using a technique called'aerial photogrammetry,' the team correlated basic information about whale width and length to make determinations about the general health of the whales. In an interview with National Geographic, Christiansen said the team was shocked to find the North Atlantic right whales'looked like a runway…you could basically set up a tent on their backs.'

How to reverse-engineer a rainforest

But 2019 was the year the earth burned. In Australia, the world watched in horror as bushfires destroyed 10.3 million hectares, marking the continent's most intense and destructive fire season in over 40 years. Earlier that fall, California saw more than 101,000 hectares destroyed, with damages upward of $80 billion. Alaska saw nearly a million. Record-breaking fires also hit Indonesia, Russia, Lebanon -- but nowhere saw the sheer mass of media coverage as the fires that tore through the Amazon nearly all last summer. By year's end, thousands of global media outlets had reported that Brazil's largest rainforest played host to more than 80,000 individual forest fires in 2019, resulting in an estimated 906,000 square hectares of environmental destruction. At the time, Brazil's National Institute for Space Research reported it was the fastest rate of burning since record keeping began in 2013. But amid the charred ruins of one of the largest oxygen-producing environments on the planet, a secret lies buried beneath the soil.

China's leading agri-tech company XAG has just launched a patented granule spreading system JetSeed at its Special Event held in Ruoergai Grassland, Aba, Sichuan. JetSeed Granule Spreading System is designed to dispense granules such as seeds, fertilisers and pesticides precisely and effectively to any environment through high-speed airflows. It helps to combat grassland degradation, one of the world's biggest environmental challenges, using AI prescription map and high-accuracy drone spreading solution. At the launch event, XAG introduced this cutting-edge technology to Ruoergai Grassland, one of China's most primitive nature reserves, by spreading grass seeds on 670 hectares of degraded land with a fleet of P30 Plant Protection UASs configured with JetSeed Granule Spreading System. This is the first time that drones, AI and airflow seeding technologies were harnessed to restore the grassland biomes at plateau area.

What Do DDT and Computing Have in Common? 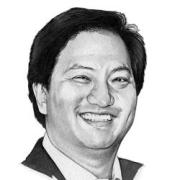 Writing on the 50th Earth Day brings to mind the origins of U.S. environmental movement. DDT is, of course, Bis(4-chlorophenyl)- 1,1,1-trichloroethane, perhaps the most effective insecticide ever invented. DDT was used widely with remarkable effectiveness in the 1940s and 1950s to combat malaria, typhus, and the other insect-borne human diseases. Its efficacy was unsurpassed in insect control for crop and livestock production, and even villages and homes. In short, it was a wonder chemical.7

How a robotic dog is herding sheep in New Zealand – video

The New Zealand software company Rocos is training a Boston Dynamics-designed robot called Spot to work on farms to help'relieve the strain of worker shortages, and create precision in farming'.

Here's something you might not have expected to see Boston Dynamics' robot dog Spot doing any time soon: herding sheep on a rugged New Zealand mountainside. The slightly bizarre sequence is part of a promotional video demonstrating Spot's potential in the agricultural industry; it also includes footage of Spot checking on crops and clambering over rough terrain. The video was put together by robotics software firm Rocos, which is working with Boston Dynamics to explore how its collection of droids can be controlled remotely. The idea is that bots like Spot could be sent out on missions while a human operator sits on the other side of the world. For farmers, that could mean having a robot monitor fields around the clock, checking in on crop growth or fruit ripening, all while being remotely operated.

Before committing to a company, investors want to know if there are any potential controversies brewing, or if the company shows particular leadership in an area of ESG, such as diversity in the workforce. Refinitiv is a global provider of financial market data and infrastructure, and this article describes how their Labs team is exploring the use of NLP to give their clients a competitive edge in global financial markets. Currently, Refinitiv analysts search for news stories about a specific company using a set of ESG-related keywords, and if there's a positive match, the story is subject to further scrutiny. CHICAGO (Reuters) -- The agricultural unit of German chemicals company Bayer AG will halt future U.S. sales of an insecticide that can be used on more than 200 crops after losing a fight with the U.S. Environment Protection Agency, the company said on Friday. This can take the analyst some considerable time.

This is the moment a robotic dog tries its metal paws at herding unruly sheep on a farm in New Zealand. Spot gathered together the animals before pushing them through the field, with the help of two biological sheepdogs. Developed by Boston Dynamics, it can reach speeds of up to 3mph and costs less than a car, which average £30,000, to lease, according to reports. It has been heralded as the future of farming. The robot was seen helping the dogs to keep the sheep together.