I have to admit it: I backed the wrong horse when it came to driving home automation from a digital assistant and went with Microsoft's Cortana and its Harmon Kardon Invoke smart speakers. I had good enough reason: I trusted Microsoft's privacy commitments a lot more than either Amazon's or Google's, and Apple's Home relied on the too-expensive HomePod smart speakers. Sure, I had a couple of Amazon Echoes and a Google Nest Mini to try out those ecosystems, but their over-reliance on in-cloud voice recognition was that bit too much on the creepy side. Still, I could happily control my Hue lights from Cortana, though support for my Netatmo thermostats and Ikea Tradfri lights had to be through maker tools like IFTTT and workflow automation with webhook APIs like Power Automate or Zapier. But then Microsoft refocused Cortana on its commercial customers and announced that its Invoke Cortana integrations were due to be turned off early in 2021.

Apple has shed more light on its $100 million pledge to improve racial equity. Today, the company announced that it will be making a $25 million contribution to the Propel Center, a learning hub designed for members of the HBCU (Historically Black Colleges and Universities). It will include a physical campus at the Atlanta University Center, a virtual platform for remote learning and events at partner institutions' campuses. In a press release, Apple said the Propel Center will teach a variety of subjects including AI and machine learning, app development, augmented reality, creative arts and entrepreneurship. Apple employees will help design the curricula and offer mentorship opportunities, including internships.

About a year ago, I decided I was tired of all the different smart home devices and hubs in my house. Managing all the apps and platforms had become somewhat of a nightmare, especially if I wanted to give control of a device to my wife. I planned to take a few weeks and then pick a platform and stick with it. Then 2020 happened, and figuring out how to automate my lights or streamline viewing camera feeds just wasn't a priority. Toward the end of the year, however, I decided it was time to begin my smart home conversion.

ICYMI: We take a listen to Apple's AirPods Max

It's been a busy few weeks here at Engadget. In addition to celebrating the holidays, ringing in the New Year and prepping for next week's virtual CES, we've kept reviewing all the new gadgets and components that we can get our hands on. We start off with the long-awaited Apple AirPods Max headphones and, more recently, the Amazon Echo Frames which are now finally available. We also checked out Sony's portable A7C camera, HP's Reverb G2 mixed reality headset, NVIDIA's RTX 3060 Ti and the flexible Hologram Electronics Microcosm effects pedal. Long-rumored and quietly revealed last month, the AirPods Max are high-end, over-ear headphones constructed from aluminum and metal and available in five colors.

Apple Car speculation is back. Here's what we know so far

New York (CNN Business)Longstanding speculation that Apple will release its own electric, self-driving car was reignited last week when Reuters, citing unnamed sources, reported that Apple plans to produce a passenger vehicle by 2024. Talk of the iPhone maker's ambitions to break into the auto industry has been swirling for about five years. Expectations for the effort, named Project Titan, range from the company developing its own Apple-branded car to providing operating system software to existing car manufacturers. In April 2017, Apple received a permit from the California Department of Motor Vehicles to test self-driving vehicles there. An Apple car has the potential to be "a transformative event" for the automobile and mobility industry in the coming decades, Morgan Stanley analysts wrote in a note to investors last week -- much as the iPhone changed the game for mobile phones.

As a product of Gen X, I am perhaps among the last generation to be obsessed with the notion of car ownership. I love the different body designs. I love how each one drives differently. I love the history and culture that surrounds the different automotive brands. I love the activity of going out for rides with no objective other than to take the top down on my Camaro convertible and drive.

Apple car will launch later than we thought, report claims

If there's ever a reward for the most mythical gadget, the Apple car should win it. The fabled electric, self-driving vehicle has reportedly been in the works for at least six years, and a recent report rekindled hopes that we might see it on the roads fairly soon, as early as 2024. However, Apple analyst Ming-Chi Kuo is here to pour some cold water on those dreams. Kuo's recent research note (via MacRumors) says that Apple car will likely be launched in the period from 2025 to 2027, and possibly even later. The first time frame, Kuo says, is "if development starts this year and everything goes well" which sounds optimistic in a time of a global pandemic (not to mention "this year" only having four days left).

On a semi-weekly basis, we compile a collection of the best long-form stories on tech, tech culture and more. We've collected a list of the best selections from 2020 for you to revisit -- or enjoy for the first time -- as we finish up one dumpster fire of a year. One of the biggest sports stories of the year broke in mid-January. Major League Baseball determined the Houston Astros used various methods, including video feeds, to steal signs from the opposition during the team's 2017 championship season -- including the World Series. MLB found that it continued to do so during the 2018 season, too.

A few days ago, a Reuters report revived the old rumors about Apple building an electric, self-driving car, and the first thing on everyone's mind was Tesla. There's no direct connection, but Apple seems like the company that could offer an interesting competitor to Tesla's smart electric vehicles, especially in a future in which AI and battery expertise may turn out to be more important than a tradition in building gas-powered cars. On Tuesday, Tesla CEO Elon Musk revealed that he was thinking along the same lines as well. "During the darkest days of the Model 3 program, I reached out to Tim Cook to discuss the possibility of Apple acquiring Tesla (for 1/10 of our current value). He refused to take the meeting," he tweeted.

With 'next level' battery technology, Apple targets autonomous car by 2024 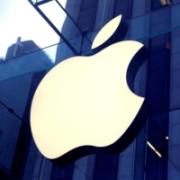 Apple Inc. is moving forward with self-driving car technology and is targeting 2024 to produce a passenger vehicle that could include its own breakthrough battery technology, people familiar with the matter said. The iPhone-maker's automotive efforts, known as Project Titan, have proceeded unevenly since 2014, when it first started to design its own vehicle from scratch. At one point, Apple drew back the effort to focus on software and reassessed its goals. Doug Field, an Apple veteran who had worked at Tesla Inc., returned to oversee the project in 2018 and laid off 190 people from the team in 2019. Since then, Apple has progressed enough that it now aims to build a vehicle for consumers, two people familiar with the effort said, asking not to be named because Apple's plans are not public.