On Thursday afternoon, the United States became the country with the greatest number of known COVID-19 cases in the world. With millions out of work and the spread of the virus taking its toll, it's easy to feel overwhelmed and in anguish without ever getting off the couch. Inadequately supplied frontline healthcare workers are the heroes in the trenches of this war, but the world's scientific community is also considering how it can respond and provide solutions. People with expertise in AI, data science, and tech tools are in demand right now as the world scrambles for ways to avert disaster. In last week's newsletter, VentureBeat AI editor Seth Colaner characterized it as a kind of digital flotilla. 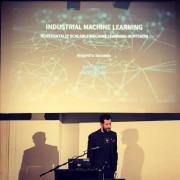 Neural networks in data science represent an attempt to reproduce a non-linear learning that occurs in the network of neurons found in nature. A neuron consists of dendrites to gather inputs from other neurons and combines the input information in order to generate a response when some threshold is reached which is sent to other neurons. The inputs (Xi) are collected from upstream neurons through a combination function which is then transferred into an activation function to produce a final output response with predictive power (y).

Divesting from one facial recognition startup, Microsoft ends outside investments in the tech – TechCrunch

Microsoft is pulling out of an investment in an Israeli facial recognition technology developer as part of a broader policy shift to halt any minority investments in facial recognition startups, the company announced late last week. The decision to withdraw its investment from AnyVision, an Israeli company developing facial recognition software, came as a result of an investigation into reports that AnyVision's technology was being used by the Israeli government to surveil residents in the West Bank. The investigation, conducted by former U.S. Attorney General Eric Holder and his team at Covington & Burling, confirmed that AnyVision's technology was used to monitor border crossings between the West Bank and Israel, but did not "power a mass surveillance program in the West Bank." Microsoft's venture capital arm, M12 Ventures, backed AnyVision as part of the company's $74 million financing round which closed in June 2019. Investors who continue to back the company include DFJ Growth and OG Technology Partners, LightSpeed Venture Partners, Robert Bosch GmbH, Qualcomm Ventures, and Eldridge Industries.

Enver Yucel is the founder of BAU Global, a broad education network headquartered in Turkey, consisting of five universities, three language schools, four academic centers and one boarding school spread across North America, Europe, Africa and Asia. Yucel has devoted his life to education, having served an estimated 150,000 students since starting his first institution with three class rooms in Istanbul in 1974. He is also a member of the Advisory Board of the UN Institute for Training and Research. He was invited to speak at the AI World Conference & Expo in Boston in the fall of 2019, the first Turkish speaker in the four years of the conference. He recently took some time to answer questions posed by AI Trends Editor John P Desmond, who was in the audience for his Boston talk.

On each episode of the Future of Supply Chain, we sit down with a different entrepreneur, investor, or industry veteran to discuss innovation, technology, and the most exciting opportunities in supply chain as we build the future of the industry together. 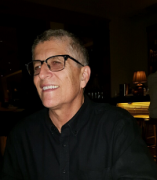 Talent departments are spending $250 billion on recruitment, interviewing and candidate assessment solutions. But as employers invest in these disparate technologies, they sacrifice efficiency and deliver a disconnected experience throughout the talent lifecycle. Phenom, a leader in Talent Experience Management (TXM), is a single platform that individualizes the end-to-end talent journey for candidates, recruiters, employees and management. The company recenlty released its report, Chatbots for Recruiting: 2020 Benchmarks, which analyzes more than 20 million chatbot interactions from over 100 Phenom Bot deployments. The report showcases how career sites with chatbots convert more applicants and nearly double the number of candidate leads.