Usually, every month we write an article about the best and most promising AI research papers from that month. In addition to that, we list fifteen AI articles we have found amazing that month. This collection of articles should give you an overview of what happened that month in the AI industry both from technical, business and from an ethical perspective. Are you afraid that AI might take your job? Make sure you are the one who is building it. 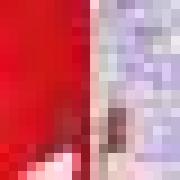 A new commission has been formed by Oxford University to advise world leaders on effective ways to use Artificial Intelligence (AI) and machine learning in public administration and governance. The Oxford Commission on AI and Good Governance (OxCAIGG) will bring together academics, technology experts and policymakers to analyse the AI implementation and procurement challenges faced by governments around the world. Led by the Oxford Internet Institute, the Commission will make recommendations on how AI–related tools can be adapted and adopted by policymakers for good governance now and in the near future. The new Commission's inaugural thinkpiece, "Four Principles for Integrating AI & Good Governance" by Lisa-Maria Neudert and Philip Howard examines the procurement and use of AI by government and public agencies. The report outlines four significant challenges relating to AI development and application that need to be overcome for AI to be put to work for good governance and leverage it as a'force for good' in government responses to the COVID-19 pandemic.

Neural networks would like a day off. Between powering facial recognition systems, filtering email spam, and even aiding in cancer research, the specialized branch of machine learning deserves a bit of rest and relaxation. Yijing Watkins, a computer scientist at Los Alamos, said her team had been studying "spiking neural networks," or systems that learn as much as our own living brains do, when they became inspired to try something a bit unusual. The robots are coming--are you prepared? Learn how to master machines and take control of your world.

Starting learning a new field is always not easy. The best way to learn is to start from the basics because it will make the ground for all your further knowledge. First of all, let's understand what all those buzzwords actually mean. The difficulty in understanding those terms is that they are overlapping and some people mistakenly think that they are also interchangeable, and they are not, of course. But first sings first, let's define what those terms mean one by one.

Leading organizations recognize the potential for artificial intelligence and machine learning to transform work and society. The technologies offer companies strategic new opportunities and integrate into a range of business processes -- customer service, operations, prediction, and decision-making -- in scalable, adaptable ways. As with other major waves of technology, AI requires organizations and managers to shed old ways of thinking and grow with new skills and capabilities. "The AI & Machine Learning Imperative," an Executive Guide from MIT SMR, offers new insights from leading academics and practitioners in data science and AI. The guide explores how managers and companies can overcome challenges and identify opportunities across three key pillars: talent, leadership, and organizational strategy.

Artificial intelligence (AI) and machine learning offer new ways to boost productivity, develop talent, and drive organizational change by enhancing managers' ability to make the right calls in complex situations. Augmented intelligence tools have already made an impact for many companies, but the next revolution will happen when every aspect of a business, from top to bottom, is designed with AI in mind. Call this new construct the intelligent enterprise. Like other major revolutions in management, it's poised to transform industries and organizations for decades to come. To prepare for this next phase, leaders will need to harness machine intelligence for decision-making across the business, assemble the right talent, and recognize the benefits and limitations of AI to shape organizational strategy.

Alibaba Cloud has added three hyperscale data centres in China and plans to build more over the next few years. The move is part of the Chinese tech giant's $28 billion investment to modernise its cloud infrastructure and support customers' digital transformation needs. Located in Hangzhou, the Jiangsu Province's Nantong, and Inner Mongolia's Ulangab, the three new sites run on Alibaba's own technologies including its Apsara Distributed OS, Hanguang 800 AI chip, and X-dragon architecture. The launch was part of its previous announcement to park another $28 billion over three years to build out its cloud infrastructure, the company said in a statement Tuesday. While coy over how the Huawei-US debacle may impact other Chinese technology vendors, Alibaba Cloud executives play up their "in Asia, for Asia" focus and investment in the region as a key competitive advantage over its US competitors, including AWS, Microsoft, and Google.

Pixel 4a review: the best phone Google has made in years

The Pixel 4a is a return to form for Google's smartphone efforts: a lower-cost, mid-range phone that is high quality, long-lasting and fairly small, with a great camera. The £349 Pixel 4a is very much an attempt to boil down a smartphone to only the essentials and then make them all work really well. It slots under the higher-priced £669-and-up Pixel 4 series, replacing last year's Pixel 3a and 3a XL with only one size of phone, taking the design of the 3a and expanding the screen to fill the front of the device. A 5G version is coming later in the year but for now the Pixel 4a is 4G only. The body is high-quality, soft-touch polycarbonate and feels surprisingly nice.

Artificial Intelligence in the Pharmaceutical Industry - An Overview of Innovations

Ayn serves as AI Analyst at Emerj - covering artificial intelligence use-cases and trends across industries. She previously held various roles at Accenture. Several factors have contributed to the advancement of AI in the pharmaceutical industry. These factors include the increase in the size of and the greater variety of types of biomedical datasets, as a result of the increased usage of electronic health records. This article intends to provide business leaders in the pharmacy space with an idea of what they can currently expect from Ai in their industry.

BATAVIA -- The first robotically assisted knee replacement surgery at Rochester Regional Health United Memorial Medical Center (UMMC) has been performed and there are more coming up soon.The first procedure was done Friday by Dr. Matthew Landfried, chief of orthopedic surgery for UMMC and a Genesee Orthopaedics surgeon. It was one of two such procedures he did that day with the help of a Robotic Surgical Assistant (ROSA) Knee System."The That hopefully lets people know this hospital (UMMC) is on par with the city hospitals. Our capability in orthopedics are equal to the city hospitals. The fact that the system chose me to start it is sending a message that hospitals out here are capable of the same types of procedures … as the city hospitals. People don't have to travel to get that kind of quality. I was honored to be picked to do the first one in the (RRH) system."ROSA