GPT-3 has taken the world by storm. There are thousands of tweets about it with numerous mind-blowing use cases which you can see for yourself if you search Twitter for #gpt3 hashtag. In this text, I have taken a bunch of them to show general trends. In brief, GPT-3 allows humans to communicate with machines in Simple English. GPT-3 definitely will influence how we communicate with our devices and lower the level of technical sophistication one needs to build new applications.

The news: Facebook is open-sourcing a new AI language model called M2M-100 that can translate between any pair among 100 languages. This is in contrast to previous multilingual models, which heavily rely on English as an intermediate. A Chinese to French translation, for example, typically passes from Chinese to English and then English to French, which increases the chance of introducing errors. Data curation: The model was trained on 7.5 billion sentence pairs. In order to compile a data set that large, the researchers relied heavily on automated curation.

Today Juniper Networks announced it was acquiring smart wide area networking startup 128 Technology for $450 million. This marks the second AI-fueled networking company Juniper has acquired in the last year and a half after purchasing Mist Systems in March 2019 for $405 million. With 128 Technology, the company gets more AI SD-WAN technology. SD-WAN is short for software-defined wide area networks, which means networks that cover a wide geographical area such as satellite offices, rather than a network in a defined space. Today, instead of having simply software-defined networking, the newer systems use artificial intelligence to help automate session and policy details as needed, rather than dealing with static policies, which might not fit every situation perfectly.

The New York Times reported that an AI system known as Aristo had become the first to successfully pass a standardized eighth-grade science test. The achievement arrived four years after a competition in which 700-plus scientists all failed to build a system capable of accomplishing the same task despite the incentive of the contest's $80,000 prize. Aristo has been viewed as a significant breakthrough in the evolution of AI technology, with far-reaching implications for natural language processing, business intelligence and more. The system provides a vivid illustration of the differences between human and artificial intelligence. It shows why the most effective AI systems still incorporate help from human experts -- a fact that has big implications for AI in business and other applications. The Aristo system represents a major step toward imbuing AI with what one Wired article refers to as "common sense," the expansive and unconscious background knowledge that we apply when navigating new situations or engaging in conversation.

Named Entity Recognition is one of the most important and widely used NLP tasks. It's the method of extracting entities (key information) from a stack of unstructured or semi-structured data. An entity can be any word or series of words that consistently refers to the same thing. Every detected entity is classified into a predetermined category. For example, a NER model might detect the word "India" in a text and classify it as a "Country". 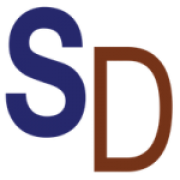 Artificial intelligence (AI) is a difficult term to define because experts continue to argue about its definition. We'll get into those arguments later, but for now, think of AI as the technology through which computers execute tasks that would normally require human intellect. Humans and animals have a natural intellect, but computers and other intelligent agents have artificial intelligence that engineers and scientists design.AI differs from machine learning and deep learning, though the topics are related. Machine learning is a subcategory within AI in which a machine learns and performs functions it wasn't specifically programmed to do (using what some argue to be logic). Deep learning is a subcategory of machine learning that allows machines to analyze multi-layer algorithms or neural networks.

Google's Nest Hub video displays are getting a new look today, adding more recommendation features to help people with their day. Most use cases for the display units revolve around people using them to play music via voice commands or operate their smart home. Google execs say they wanted to showcase different things people could do by showcasing them in discovery, and to offer more personalized recommendations on music to listen to, videos to watch and news to read. Beyond the Google Nest Hub and Hub Max, the Google Assistant lives on other displays made by others, including the Lenovo Smart Display. The display units had always had a "Your Day" feature which showed you scheduled appointments and the like in the morning.

'Avengers' updates showcases the best of the studio, and the worst of the game

Other recent games have run rings around "Avengers" on these issues. "Hades" has revolutionized the rogue-like genre by creating logical, story-based reasons to fight the same enemies over and over again, to the point where you actually look forward to the repeat encounters. "Ghost of Tsushima" had a winning single-player campaign, and has since added a free multiplayer update that some are already calling better than "Avengers." "Genshin Impact" was able to achieve what "Avengers" couldn't: Create a compelling single-player story with disarmingly charming characters on whom players would be incentivized to spend money. And Genshin players have, in amount of millions.

There is an interminable interest in artificial intelligence (AI). According to the AI Index 2019 Annual Report published by the University of Stanford, the volume of peer-reviewed AI papers has grown by more than 300% between 1998 and 2018. In over 3,600 global news articles on ethics and AI identified by the Human-Centered AI Institute at Stanford between mid-2018 and mid-2019, topics such as possible frameworks and guidelines on the ethical use of AI, use of face recognition applications, data privacy, the role of big tech, and algorithm bias dominated. This highlights the importance of understanding how bias can slip into data sets and raise awareness when working towards mitigating bias. AI strikes humanity where it hurts most: It uncovers how preconceived notions affect the outcome of well-intentioned applications. 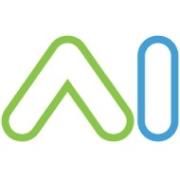 Google has announced the launch of Lending DocAI, a dedicated artificial intelligence (AI) service for the mortgage industry.