Turbo Kid is a charming, ultra-violent homage to Saturday morning cartoons that takes place in a post-apocalyptic version of 1997. It's one of my favorite movies of the last decade, so the announcement that a game based on the film is on the way has made my week. You'll play as The Kid, who battles his way across the wasteland as he searches for a friend. Developer Outerminds (best known for making YouTuber PewDiePie's games) says Turbo Kid is a Metroidvania with large and diverse environments, rad BMX tricks and a heartwarming story. The game has a pixel art style and promises copious low-res gore.

What's the hardest video game you've ever played? If it wasn't QWOP then let me tell you right know that you don't know how truly difficult a game can be. The deceptively simple running game is so challenging to master that even an AI trained using machine learning still only mustered a top 10 score instead of shattering the record. If you've never played QWOP before, you owe it to yourself to give it a try and see if you can even get your sprinter off the starting line. Developed by Bennett Foddy back in 2008, QWOP was inspired by an '80s arcade game called Track & Field that requires players to mindlessly mashing buttons to win a race.

In recent years, videogame developers and computer scientists have been trying to devise techniques that can make gaming experiences increasingly immersive, engaging and realistic. These include methods to automatically create videogame characters inspired by real people. Most existing methods to create and customize videogame characters require players to adjust the features of their character's face manually, in order to recreate their own face or the faces of other people. More recently, some developers have tried to develop methods that can automatically customize a character's face by analyzing images of real people's faces. However, these methods are not always effective and do not always reproduce the faces they analyze in realistic ways.

Talking Tech: If you are TV shopping, you need to know the facts about these buying myths

Having a new television to play video games on or stream Netflix, Disney and the new Paramount service on is great. But buying a new TV, that can be a hassle. Because your eyes for a larger TV may be bigger than your budget allows. However, most say opt for larger if you can afford it – I've never heard anyone say, "Gee, I wish my TV was smaller." But there are other issues to consider when you are buying a TV, our tech columnist colleague Marc Saltzman says. 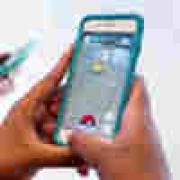 Pokémon Goes In A New Direction With Open-World Video Game

For years, open-world video games, where players can explore all around the map rather than following a set path, have been hugely popular. The Pokémon franchise is finally catching up. Rather than forcing a game development team to use certain assets from the Marvel Cinematic Universe or from the original looks of the comics, for example, those have now become open discussions for what fits best for each game. This gave Insomniac Games, the developer behind "Marvel's Spider-Man" and "Miles Morales," the freedom to design their own Spider-Man suits, and Crystal Dynamics, who made "Marvel's Avengers," the choice to place Ms. Marvel (also known as Kamala Khan) front-and-center in the story. But Marvel is more strict about principles relating to their worlds and characters. Among the most important for Spider-Man is that he does not kill.

An Amazon Alexa app is headed for the Xbox

Amazon and Microsoft are adding a new Amazon Alexa app to the Xbox with a number of capabilities, including the ability to remotely browse your home's camera system via Microsoft's game console. The new Alexa app for Xbox isn't quite live, though; it's listed as "Coming Soon" on the Microsoft Store. Controlling your Xbox via an Alexa-powered speaker isn't new--Microsoft launched the capability to Windows Insider beta testers in 2018 via what it called a "skill"--but it's the first time we've seen such tight Alexa integration on the Xbox itself. Microsoft says the app will run on both the Xbox One (presumably including the Xbox One X) as well as the latest Xbox Series X and S consoles. You'll need an Amazon Echo or other Alexa-powered device too, of course.