Volkswagen at one time said its electric ID.Buzz van would reach dealerships by 2022 (that announcement has been removed but you can view it in the Internet Archive), but news from its commercial division confirms that at least an unveiling is still on deck for next year. Beyond that, VW autonomous driving exec Christian Senger said "This year, for the first time, we are conducting field trials in Germany, in which the self-driving system by Argo AI will be used in a version of the future ID. Argo AI is the autonomous driving technology that Ford and VW have partnered to invest in and develop. The commercial vehicles team is developing vans to use the self-driving tech in that are based on the ID.Buzz to power a ride-hailing and pooling concept with autonomous vans that can operate in urban areas. With the announcement VW also released this concept sketch (above) of the self-driving test vehicle that Germans may see on roads any moment now. 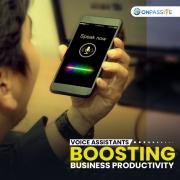 Seamless growth in Artificial Intelligence is redefining every component of enterprises operating around the globe. Things have become more comfortable for organizations as complex tasks are simplified and, retrieving and processing massive data volume has become effortless. As AI technology is evolving, AI-powered voice assistants are gaining a strong hold in the workplace. According to a report by Juniper Research, the number of devices that leverage voice assistants will be 8.4 billion by 2024, which will be more than the global population. Due to its ability in time management and enhancing productivity, businesses are eager to incorporate voice assistants in their workplace.

Over the last several weeks, there have been a couple of major announcements from two of the world's largest automotive brands that show how IoT can help them avoid recalls and warranty claims. After conducting several years of its own research and testing, the first came from GM, who announced that it recalls six million vehicles in the U.S. after the National Highway Traffic Safety Administration denied its recall appeal, saying the carmaker had not established the recall was unnecessary. The most recent came from Ford, which announced it took steps to rein in rising warranty costs. Part of the new plan to offset these costs involves the company charging suppliers upfront for half of the cost of warranty-related issues. Second, it's the damage to the OEMs' brands when massive recalls or spikes in warranty claims occur.

Suzuki Motor Corp. Chairman Osamu Suzuki will retire after leading the Japanese automaker for more than 40 years and making it into a global player with an overwhelming dominance in the Indian car market, the firm said Wednesday. The 91-year-old chairman will leave the post at a shareholders meeting slated for June and become an adviser, it said. Suzuki has served as either president, chairman or CEO of the company, known for its minivehicles and motorcycles, since 1978. "I decided to give way to successors to promote a midterm business plan," which the Hamamatsu, Shizuoka Prefecture-based company released the same day, Suzuki said during an online news conference. He added that the company's 100-year anniversary last year also prompted his decision to step down from the chairman's post.

Suzuki Motor Corp. Chairman Osamu Suzuki will retire after leading the Japanese automaker for more than 40 years and making it into a global player with an overwhelming dominance in the Indian car market, the firm said Wednesday. The 91-year-old chairman will leave the post at a shareholders' meeting slated for June and become an adviser, it said. Suzuki has served as either president, chairman or CEO since 1978. The carmaker saw its consolidated sales expand sixfold from around ¥500 billion ($4.7 billion) in fiscal 1980 to ¥3 trillion in fiscal 2006. Suzuki played a crucial role as president when the automaker decided to team up with Maruti Udyog Ltd., then a state-run Indian carmaker, and launched joint production of the Maruti 800, a redesigned Suzuki Alto, in the world's second most populous nation in December 1983. 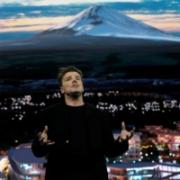 NAGOYA – Toyota Motor Corp. on Tuesday began construction of a smart city at the foot of Mount Fuji in central Japan as a testing ground for new technologies including robotics and artificial intelligence. About 360 people including Toyota employees will initially move to the so-called Woven City to be built at the 70.8-hectare former Toyota factory site in Susono, Shizuoka Prefecture. It will be powered by electricity from fuel cells, which derive power from a hydrogen-oxygen reaction, in addition to solar panels. Toyota describes the city -- run with partner companies such as telecommunications giant Nippon Telegraph and Telephone Corp. -- as a "living laboratory" where it will test autonomous vehicles, robots and artificial intelligence in a real-world environment. The automaker has commissioned Danish architect Bjarke Ingels, who designed the 2 World Trade Center in New York City and Google's headquarters in California, to plan the layout of the city.

Honda Motor Co. is promoting its current head of research and development Toshihiro Mibe to chief executive, the latest in a number of bold moves the automaker is taking to step beyond its more than half-a-century-long reliance on selling gasoline-powered cars. Mibe, 59, will also assume the president role effective April 1, the company said in a statement Friday. Honda's current CEO Takahiro Hachigo, who helmed the firm for six years, will become a director as of that date and then retire from the company at its general meeting in June. Honda's new chief is taking the top job as the Japanese carmaker pushes to stay abreast of the two great shifts hitting the auto industry: automation and electrification. Since joining Honda in 1987, Mibe has occupied various roles, including as the chief of Honda's R&D subsidiary, where he was central to driving the company's electric vehicle technologies and autonomous driving strategies.

The race to put cars in the cloud is … confusing

Back in 2018, Elon Musk's SpaceX put the first car in space. A flurry of press releases suggest that the (surely simpler?) race to put cars -- and carmakers -- into the cloud is far from over. Last week, Volkswagen Group jumped into Microsoft's Azure cloud to "accelerate the development of automated driving." But the company is also a fan of Amazon Web Services (AWS) and previously announced a relationship with Azure back in 2018. Earlier this month, Ford picked Google as its preferred (but not only) cloud.

Consider, for example, automated driving systems. Although autonomous vehicles promise to significantly improve mobility, engineers must test these frameworks for critical factors such as safety and potential system failures. Toyota is one of the automakers working to make driverless systems safe. In 2016, Toyota president and CEO Akio Toyoda said more testing would be needed to complete its mission--some 8.8 billion miles of it. Fortunately, says Stefan Jockusch, vice president of strategy at Siemens Digital Industries Software, simulation can help.