A new machine learning approach to COVID-19 testing has produced encouraging results in Greece. The technology, named Eva, dynamically used recent testing results collected at the Greek border to detect and limit the importation of asymptomatic COVID-19 cases among arriving international passengers between August and November 2020, which helped contain the number of cases and deaths in the country. The findings of the project are explained in a paper titled "Deploying an Artificial Intelligence System for COVID-19 Testing at the Greek Border," authored by Hamsa Bastani, a Wharton professor of operations, information and decisions and affiliated faculty at Analytics at Wharton; Kimon Drakopoulos and Vishal Gupta from the University of Southern California; Jon Vlachogiannis from investment advisory firm Agent Risk; Christos Hadjicristodoulou from the University of Thessaly; and Pagona Lagiou, Gkikas Magiorkinis, Dimitrios Paraskevis and Sotirios Tsiodras from the University of Athens. The analysis showed that Eva on average identified 1.85 times more asymptomatic, infected travelers than what conventional, random surveillance testing would have achieved. During the peak travel season of August and September, the detection of infection rates was up to two to four times higher than random testing.

'Deep learning among top in-demand skills of 2020 in India'

In Octavia E. Butler's novel "Parable of the Sower" (1993), a climate-change Book of Exodus set in a scorched mid-twenty-twenties California, a preacher's daughter named Lauren Oya Olamina tries to convince a friend that their world has veered off course. Disaster surrounds their fortified suburb of Los Angeles: water shortages, a measles epidemic, fires set by drug-addicted pyromaniacs, and bandits who prey on the unhoused multitudes that roam the lawless highways. Outsiders throw severed limbs over the walls of their neighborhood, "gifts of envy and hate." Lauren knows it's time to get out: I'm talking about the day a big gang of those hungry, desperate, crazy people outside decide to come in. I'm talking about what we've got to do before that happens so that we can survive and rebuild--or at least survive and escape to be something other than beggars. . . .

SHENZHEN – Chinese drone giant DJI Technology Co. built up such a successful U.S. business over the past decade that it almost drove all competitors out of the market. Yet its North American operations have been hit by internal disturbances in recent weeks and months, with a raft of staff cuts and departures, according to interviews with more than two dozen current and former employees. The loss of key managers, including some who have joined rivals, has compounded problems caused by U.S. government restrictions on Chinese companies, and raised the once-remote prospect of DJI's dominance being eroded, said four of the people, including two senior executives who were at the company until late 2020. About a third of DJI's 200-strong team in the region was laid off or resigned last year, from offices in Palo Alto, Burbank and New York, according to three former and one current employee. In February this year, DJI's head of U.S. R&D left and the company laid off the remaining R&D staff, numbering roughly 10 people, at its flagship U.S. research center in California's Palo Alto, four people said.

How to avoid being replaced by a robot at work

Recently, I was at a party in San Francisco when a man approached me and introduced himself as the founder of a small artificial intelligence (AI) start-up. As soon as the founder figured out that I was a technology writer for The New York Times, he launched into a pitch for his company, which he said was trying to revolutionise the manufacturing sector using a new AI technique called "deep reinforcement learning". The founder explained that his company's AI could run millions of virtual simulations for any given factory, eventually arriving at the exact sequence of processes that would allow it to produce goods most efficiently. This AI, he said, would allow factories to replace entire teams of human production planners, along with most of the outdated software those people relied on. "We call it the Boomer Remover," he said. 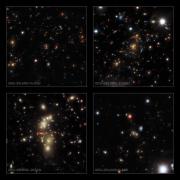