Today we're joined by Saqib Shaikh, a Software Engineer at Microsoft, and the lead for the Seeing AI Project. In our conversation with Saqib, we explore the Seeing AI app, an app "that narrates the world around you." We discuss the various technologies and use cases for the app, and how it has evolved since the inception of the project, how the technology landscape supports projects like this one, and the technical challenges he faces when building out the app. We also the relationship and trust between humans and robots, and how that translates to this app, what Saqib sees on the research horizon that will support his vision for the future of Seeing AI, and how the integration of tech like Apple's upcoming "smart" glasses could change the way their app is used. Cognitive Services is a portfolio of domain-specific capabilities that brings AI within reach of every developer--without requiring machine-learning expertise.

What is 'Machine Learning'?

Technology is evolving at an exponential rate, and a plethora of new terms have entered the sector's vernacular in recent years. One of those is'Machine Learning' – but what does it mean and how does it affect the business world? The term'Machine Learning' is defined by the study of computer algorithms that can automatically improve user experience through the use of data. It achieves this through the use of innovative Artificial Intelligence (AI). Through its increased use, it can help predict outcomes through the information it has collected – which can then be utilised in almost every sector that embraces the technology.

Why 2017 Is The Year Of Artificial Intelligence.

How to choose and deploy industry-specific AI models – TechCrunch

As artificial intelligence becomes more advanced, previously cutting-edge -- but generic -- AI models are becoming commonplace, such as Google Cloud's Vision AI or Amazon Rekognition. While effective in some use cases, these solutions do not suit industry-specific needs right out of the box. Organizations that seek the most accurate results from their AI projects will simply have to turn to industry-specific models. There are a few ways that companies can generate industry-specific results. One would be to adopt a hybrid approach -- taking an open-source generic AI model and training it further to align with the business' specific needs.

Image by Riskified (used with permission). Managing Riskified's Data Science department entails a lot of recruiting -- we've more than doubled in less than a year-and-a-half. As the hiring manager for several of the positions, I also read through a lot of CVs. Recruiters screen through a CV in 7.4 seconds, and after recruiting for several years my average time is pretty fast, but not that extreme. In this blog, I'm going to walk you through my personal heuristics ('cheats') that help me screen a resume.

Fox News Flash top headlines are here. Check out what's clicking on Foxnews.com. There's been a lot of buzz on Capitol Hill lately around the term "budget reconciliation." It's how the Senate passed another COVID-19 stimulus relief in March, this one worth $1.9 trillion. Now, it's at the forefront again as Senate Majority Leader Chuck Schumer, D-N.Y., and his caucus mull new ways to pass a developing infrastructure package amid a gridlocked upper chamber. 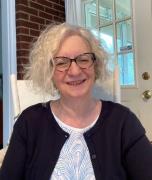 Speech processing research is at a high right now, with virtual assistants like Alexa, Siri, Google and others always listening and willing to help. But without a keen eye -- or ear -- for who this technology aims to assist, interest could wane, said Maxine Eskenazi, a Carnegie Mellon University researcher in the School of Computer Science who has worked on speech processing and spoken dialogue systems for decades. "We need to stop focusing on the agent and start focusing on the user," Eskenazi said. "It's only a dialogue if there are two individuals participating. If we make systems that are just fun for us to make but do not serve the user and do not help the user, then they'll stop using Alexa or Google."

Zoom calls dominated our social lives during the pandemic. Dating apps began adding video components as early as March of last year, with more and more launching similar features as 2020 dragged on. Now, Facebook is testing its own speed dating app called Sparked, The Verge first reported. Sparked, developed by Facebook's New Product Experimentation (NPE) team, isn't the app's first foray into dating. The tech giant introduced Facebook Dating in 2019, and NPE itself launched Tuned, a "private space for couples," around this time last year. Sparked's website claims that the app won't have public profiles, swiping, or "endless DMs" -- a direct shot at the most popular dating apps, like Tinder.

Informatica on Tuesday is officially unveiling its intelligent data management cloud (IDMC), an AI-powered platform designed to serve a broad base of users working with data in multi-cloud environments. Along with that, the company is announcing a series of partnerships and integrations with Microsoft Azure, Amazon Web Services and Google Cloud Platform. Informatica has been in the business of data management tools for more than 20 years, and in that span of time, data has become increasingly valuable, Informatica Chief Product Officer Jitesh Ghai told ZDNet. "We recognize our community of data-led practitioners has grown well beyond technical ETL experts, well beyond data engineers and data scientists," he said. Now, it includes "non-technical users who want to operate with facts. Gut-based decision making has been laid bare as insufficient moving forward."