End to End Machine Learning: From Data Collection to Deployment

This started out as a challenge. I wanted with a friend of mine to see if it was possible to build something from scratch and push it to production. In this post, we'll go through the necessary steps to build and deploy a machine learning application. This starts from data collection to deployment and the journey, as you'll see it, is exciting and fun . Before we begin, let's have a look at the app we'll be building: As you see, this web app allows a user to evaluate random brands by writing reviews.

Today we will focus on vector data and linear algebra handling when building this type of model. Note that data preprocessing may be ignored due to the things we are focusing on is not there this time. Vector data, also known as 2D tensors. If we say a single data is a vector, then 2D vector data is just when we handle more than one single data at a time. Suppose we are implementing a 3-layers multilayer perceptron for the Iris dataset for classification on TensorFlow 1.X. 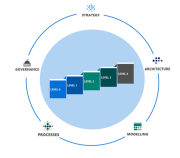 Enterprises today are transforming their businesses using Machine Learning (ML) to develop a lasting competitive advantage. From healthcare to transportation, supply chain to risk management, machine learning is becoming pervasive across industries, disrupting markets and reshaping business models. Organizations need the technology and tools required to build and deploy successful Machine Learning models and operate in an agile way. MLOps is the key to making machine learning projects successful at scale. It is the practice of collaboration between data science and IT teams designed to accelerate the entire machine lifecycle across model development, deployment, monitoring, and more.

Researchers used deep learning to create a new laser-based system that enables imaging around corners in real time. Hiding behind a wall might not be practical for much longer thanks to new technology that uses artificial intelligence to see and even read around corners. A team of researchers from Princeton, Stanford, Rice and Southern Methodist universities devised a system that uses powerful lasers similar to a laser pointer. The beam is bounced off a visible wall and onto a hidden object behind a corner. The beam then bounces off the object and back onto the wall.

The global deep learning market is expected to grow at a CAGR of 51.1% from forecast period 2019 to 2026 and expected to reach the value of around US$ 56,427.2 Deep learning is a subdivision of machine learning in artificial intelligence (AI) concerned with the algorithm inspired by the functioning of human brain termed as artificial neural networks. It is also termed as deep neural learning or deep neural network. Deep learning is evolved with the increasing amount of unstructured data due to digitalization. The available amount of data is utilized in deep learning to process or understand that data for effective decision making in various industry verticals including healthcare, manufacturing, automotive, agriculture, retail, security, human resources, marketing, law, and fintech.

Uber AI Labs has developed an algorithm called Generative Teaching Networks (GTN) that produces synthetic training data for neural networks which allows the networks to be trained faster than when using real data. Using this synthetic data, Uber sped up its neural architecture search (NAS) deep-learning optimization process by 9x. In a paper published on arXiv, the team described the system and a series of experiments. GTN is motivated by the problem of neural architecture search (NAS), which trains many different deep-learning model structures and selects the one that performs best on a set of test data. While a typical approach would train each model on the full data set for multiple iterations (or epochs), this is time-consuming and expensive.

The Brookings Institution last week published a report from global economy expert Indermit Gill prophesying that the AI leader in 2030 will go on to rule the planet until at least 2100. The territories in the running include the US, China, and the European Union. Economists appear to have reached a general consensus that artificial intelligence is among the four great "general purpose technologies" to come along since the 1800s. Gill argues that AI, like steam power, electricity, and information systems technology, will directly impact the way business is conducted at the global scale by 2030. Related: Here's what AI experts think will happen in 2020 Technological leadership will require big digital investments, rapid business process innovation, and efficient tax and transfer systems.

Artificial Intelligence is a specialized capability involving automated tasks that are performed exclusively by machines driven by thinking ability and logical conclusion; with zero or minimum human intervention. By virtue of AI, machines can solve complex problems, as well as accomplish planning and strategic thinking that were conventionally handled by humans. In order to process large data, AI leverages complex algorithms to initiate the desired action or series of steps to complete a specific task or process in a well-defined domain. It would typically collate data from various touch-points such as IoT and the connected devices to be able to process the same, and is able to achieve the agility to perform the same task even more consistently the next time around. An enterprise tracks its preparedness towards an AI transformation – particularly in terms of infrastructure as well as support for consistent and hassle-free coding in machine languages.

After a draft white paper about the EU's position on AI regulation was leaked earlier this month, Google chief Sundar Pichai, on Monday (20 January), warned the bloc about imposing its own regulations and called for an "international alignment" on the core values of the future laws of the sector. However, ahead of what is expected to be the fourth industrial revolution, the European Commission wants to ensure an "appropriate" ethical and legal framework for the development of AI, which promises to boost innovation while making EU citizens' rights a priority. In November, commission chief Ursula von der Leyen pledged to develop AI legislation similar to the General Data Protection Regulation (GDPR), an EU law on privacy. "It is not about damming up the flow of data, it is about making rules that define how to handle data responsibly," she told MEPs back then. "For us, the protection of a person's digital identity is the overriding priority," she added.

Infographic: Self-Driving Cars Still Cause for Concern for Pedestrains 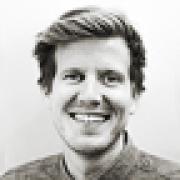 Elon Musk promised to put a million of Tesla's self-driving cars on the streets in the next year. While Musk is confident in the viability and safety of Tesla's technology, the general population seems to be a little more hesitant to cheer on autonomous car advancements, according to YouGov. Less than 30 percent of people surveyed felt very safe or even somewhat safe as a pedestrian in a city with self-driving cars. About six in ten American polled felt somewhat unsafe or very unsafe if they were walking around in cities with self-driving cars. Age impacted how respondents viewed autonomous car safety, with older respondents being less likely to see self-driving cars as safe for pedestrians.