Automation May Take Jobs--but AI Will Create Them

Chances are you've already encountered, more than a few times, truly frightening predictions about artificial intelligence and its implications for the future of humankind. The machines are coming and they want your job, at a minimum. Scary stories are easy to find in all the erudite places where the tech visionaries of Silicon Valley and Seattle, the cosmopolitan elite of New York City, and the policy wonks of Washington, DC, converge--TED talks, Davos, ideas festivals, Vanity Fair, the New Yorker, The New York Times, Hollywood films, South by Southwest, Burning Man. The brilliant innovator Elon Musk and the genius theoretical physicist Stephen Hawking have been two of the most quotable and influential purveyors of these AI predictions. AI poses "an existential threat" to civilization, Elon Musk warned a gathering of governors in Rhode Island one summer's day.

The United States of Artificial Intelligence

The most well-funded US artificial intelligence startup is Nuro, with just over $1B in disclosed equity funding, including a $940M Series B from SoftBank in February 2019. The California-based startup is developing autonomous vehicles, with a focus on last-mile delivery. Nuro is followed by New York's UiPath ($1B in disclosed equity funding) and Illinois' Avant ($655M). There are 9 unicorn startups on our map: robotic process automation vendor UiPath ($7.1B valuation), autonomous vehicles software provider Argo AI ($7B), agtech startup Indigo Agriculture ($3.5B), Nuro ($2.7B), alternative lending startup Avant ($1.9B), AI-powered predictive sales platform InsideSales.com The startup with the least funding on the list is Rhode Island's The Innovation Scout, a SaaS platform that connects enterprises with startups, accelerators, and more.

A team of scientists from research centers stretching from Maine to South Carolina will develop and deploy high-tech tools to explore cyanobacteria in lakes across the East Coast. The multi-year project will combine big data, artificial intelligence and robotics with new and time-tested techniques for lake sampling to understand where, when, and how cyanobacterial blooms develop. The research team brings together experts in freshwater ecology, computer science, engineering and geospatial science from Bates College, Colby College, Dartmouth, the University of New Hampshire, the University of Rhode Island and the University of South Carolina. "It is rare to have teams from so many different specialties converge to study a problem like this," said Alberto Quattrini Li, an assistant professor of computer science at Dartmouth and the overall project lead. "By working together, we can increase the amount of data that can be collected and increase prediction capabilities."

Tech Intelligence Bulletin (HG Insights) – Brown University is exploring concepts with Intel technology for an Intelligent Spine Interface project that aims to use artificial intelligence (AI) technology to restore movement and bladder control for patients paralyzed by severe spinal cord injuries. During the two-year program, researchers will record motor and sensory signals from the spinal cord and use artificial neural networks to learn how to stimulate the post-injury site to communicate motor commands. Surgeons at Rhode Island Hospital near Brown University will implant electrode arrays on both ends of a patient's injury site, creating an intelligent bypass to eventually allow the severed nerves to communicate in real time. Researchers are considering Intel AI open source software such as nGraph and Intel AI accelerator hardware to meet the real-time requirements of this application. "As a Ph.D. student at Brown, I investigated how to interface the brain with machines as an application. Now at Intel, we're combining our AI expertise with Brown University's cutting-edge medical research to help solve a critical medical problem: how to reconnect the brain and spine after a major spinal injury," said Naveen Rao, Intel corporate vice president and general manager of the AI Products Group.

DeepONet: Learning nonlinear operators for identifying differential equations based on the universal approximation theorem of operators

DeepONet: Learning nonlinear operators for identifying differential equations based on the universal approximation theorem of operators Lu Lu 1, Pengzhan Jin 2, and George Em Karniadakis 1 1 Division of Applied Mathematics, Brown University, Providence, RI 02912, USA 2 LSEC, ICMSEC, Academy of Mathematics and Systems Science, Chinese Academy of Sciences, Beijing 100190, China Abstract While it is widely known that neural networks are universal approximators of continuous functions, a less known and perhaps more powerful result is that a neural network with a single hidden layer can approximate accurately any nonlinear continuous operator [5]. This universal approximation theorem is suggestive of the potential application of neural networks in learning nonlinear operators from data. However, the theorem guarantees only a small approximation error for a sufficient large network, and does not consider the important optimization and generalization errors. To realize this theorem in practice, we propose deep operator networks (DeepONets) to learn operators accurately and efficiently from a relatively small dataset. A DeepONet consists of two sub-networks, one for encoding the input function at a fixed number of sensorsx i,i 1,...,m (branch net), and another for encoding the locations for the output functions (trunk net). We perform systematic simulations for identifying two types of operators, i.e., dynamic systems and partial differential equations, and demonstrate that DeepONet significantly reduces the generalization error compared to the fully-connected networks. We also derive theoretically the dependence of the approximation error in terms of the number of sensors (where the input function is defined) as well as the input function type, and we verify the theorem with computational results. More importantly, we observe high-order error convergence in our computational tests, namely polynomial rates (from half order to fourth order) and even exponential convergence with respect to the training dataset size. 1 Introduction The universal approximation theorem states that neural networks can be used to approximate any continuous function to arbitrary accuracy if no constraint is placed on the width and depth of the hidden layers [7, 11]. However, another approximation result, which is yet more surprising and has not been appreciated so far, states that a neural network with a single hidden layer can approximate accurately any nonlinear continuous functional (a mapping from a space of functions into the real numbers) [3, 18, 25] or (nonlinear) operator (a mapping from a space of functions into another space of functions) [5, 4]. Before reviewing the approximation theorem for operators, we introduce some notation, which will be used through this paper. Let G be an operator taking an input functionu, and then G( u) is the corresponding output function. 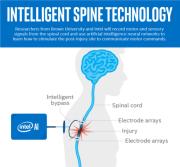 It's estimated that over 17,500 new spinal cord injuries occur each year in the U.S., meaning 54 people out of every million Americans experience one. Patients regain the majority of function within the first six months after the injury, but any remaining loss present after a year is much more likely to become permanent. That's why engineers and neurosurgeons at Brown University, Rhode Island Hospital, Intel, and Micro-Leads Medical have committed to spending the next two years designing and building an Intelligent Spine Interface (ISI), which they say will record motor and sensory signals from spinal cord neurons and learn to stimulate those neurons using AI. Now, with a $6.3 million grant from the U.S. Defense Advanced Research Projects Agency (DARPA), they're preparing to implant electrodes in a test to see if severed nerves can be made to communicate. Their work expands on that of teams in Switzerland and at the Kentucky Spinal Cord Injury Research Center at the University of Louisville, which found that spinal cord stimulation can help restore voluntary muscle control post-injury.

What's New: Intel and Brown University today began work on a DARPA-funded Intelligent Spine Interface project that aims to use artificial intelligence (AI) technology to restore movement and bladder control for patients paralyzed by severe spinal cord injuries. "As a Ph.D. student at Brown, I investigated how to interface the brain with machines as an application. Now at Intel, we're combining our AI expertise with Brown University's cutting-edge medical research to help solve a critical medical problem: how to reconnect the brain and spine after a major spinal injury." How It Works: During the two-year program, researchers will record motor and sensory signals from the spinal cord and use artificial neural networks to learn how to stimulate the post-injury site to communicate motor commands. Surgeons at Rhode Island Hospital near Brown University will implant electrode arrays on both ends of a patient's injury site, creating an intelligent bypass to eventually allow the severed nerves to communicate in real time. 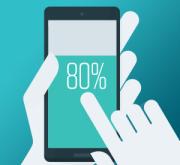 That's especially so in financial services where most banks and credit unions offer commodity-like products and say their brand stands for "service" or "value" or "convenience." If everyone else is saying the same thing, it doesn't matter if you're the best. The search for that elusive attribute to set it apart led Citizens Bank to roll out a new "brand platform," as the Rhode Island-based regional bank puts it. Others might call it a new brand promise. Either way it was a sharp change from the pedestrian message they had before. 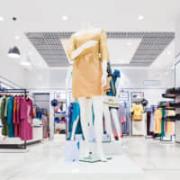 PROVIDENCE, RHODE ISLAND – Employee activism and outside pressure have pushed big tech companies like Amazon, Microsoft and Google to make promises to slash their carbon emissions. When Microsoft held an all-staff meeting in September, an employee asked CEO Satya Nadella if it was ethical for the company to be selling its cloud computing services to fossil fuel companies, according to two other Microsoft employees who described the exchange on condition they not be named. Such partnerships, the worker told Nadella, were accelerating the oil companies' greenhouse gas emissions. Microsoft and other tech giants have been competing with one another to strike lucrative partnerships with ExxonMobil, Chevron, Shell, BP and other energy firms, in many cases supplying them not just with remote data storage but also artificial intelligence tools for pinpointing better drilling spots or speeding up refinery production. The oil and gas industry is spending roughly $20 billion each year on cloud services, which accounts for about 10 percent of the total cloud market, according to Vivek Chidambaram, a managing director of Accenture's energy consultancy.

There is a growing consensus among policymakers that bringing high-quality evidence to bear on public policy decisions is essential to supporting the effective and efficient government their constituencies want and need. At the U.S. federal level, this view is reflected in a recent Congressional report by the Commission on Evidence-Based Policymaking, which recommends creating a data infrastructure that enables "a future in which rigorous evidence is created efficiently, as a routine part of government operations, and used to construct effective public policy."4 This article describes a new approach to data infrastructure for fact-based policy, developed through a partnership between our interdisciplinary organization Research Improving People's Livesa and the State of Rhode Island.13 Together, we constructed RI 360, an anonymized database that integrates administrative records from siloed databases across nearly every Rhode Island state agency. The comprehensive scope of RI 360 has enabled new insights across a wide range of policy areas, and supports ongoing research into improving policies to alleviate poverty and increase economic opportunity for all Rhode Island residents (see the sidebar "Policy Areas in which RI 360 Has Contributed Insights").