Delivery drones could use public transport to extend their range

Delivery drones could get further by taking the bus. By landing on public transport, the little flying vehicles could travel four-and-a-half times as far, making them more useful for carrying packages over longer distances. Drones are agile, fast and energy-efficient, but their measly battery life means they can't fly for long – considerably less than an hour for most consumer drones. That's a problem if you want to deliver packages across a large city so researchers at Stanford University devised a computer program that plans deliveries by getting drones to piggyback on public … 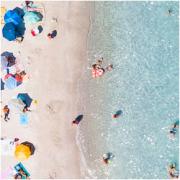 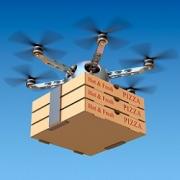 In June, Amazon announced it was close to being able to offer for package deliveries by drone for its Prime Air service. That same month, Uber said it plans to test food delivery by aerial drone in crowded cities. And drone delivery company Flytrex already touts the ability to deliver drinks via unmanned vehicle on the golf course. Despite such announcements, drones are not crowding the skies over major cities and population centers just yet. But that may be about to change.

Drone Delivery Is One Step Closer To Reality

It will still be a while before you are able to order drone-delivered packages, however. The news: The Federal Aviation Administration has granted UPS's drone business a Part 135 certification, meaning it is treated as a full-fledged airline, able to operate as many drones in as many locations as it wishes (although there are a lot of obstacles and caveats before that can happen in reality). UPS has dubbed its new drone airline "UPS Flight Forward," and it's the first in the US to gain official recognition. Currently: UPS has been providing a drone delivery service at the WakeMed hospital and campus in Raleigh, North Carolina, since March, moving medical samples around the site about 10 times a day. This new certification means UPS can expand beyond this site.

India has commenced the project to map the country digitally with a resolution of 10cm via drones and disruptive technologies including AI and big data. The massive task was taken up by the Survey of India a few months ago. The Survey of India is a part of the Department of Science and Technology and has planned to complete the project in two years as stated by Prof. Ashutosh Sharma, Department's Secretary. He also revealed that the Survey of India has been equipped with the latest technologies like drones, AI, big data analytics, image processing, and continuously operating reference system. After the completion of the project, the data will be made available to citizens and Gram Panchayats/local bodies.

A new generation of autonomous weapons or "killer robots" could accidentally start a war or cause mass atrocities, a former top Google software engineer has warned. Laura Nolan, who resigned from Google last year in protest at being sent to work on a project to dramatically enhance US military drone technology, has called for all AI killing machines not operated by humans to be banned. Nolan said killer robots not guided by human remote control should be outlawed by the same type of international treaty that bans chemical weapons. Unlike drones, which are controlled by military teams often thousands of miles away from where the flying weapon is being deployed, Nolan said killer robots have the potential to do "calamitous things that they were not originally programmed for". Nolan, who has joined the Campaign to Stop Killer Robots and has briefed UN diplomats in New York and Geneva over the dangers posed by autonomous weapons, said: "The likelihood of a disaster is in proportion to how many of these machines will be in a particular area at once. What you are looking at are possible atrocities and unlawful killings even under laws of warfare, especially if hundreds or thousands of these machines are deployed. "There could be large-scale accidents because these things will start to behave in unexpected ways.

Drone attacks claimed by Yemen's Houthi rebels struck two key oil installations inside Saudi Arabia on Saturday, damaging facilities that process the vast majority of the country's crude output and raising the risk of a disruption in world oil supplies. The attacks immediately escalated tensions in the Persian Gulf amid a standoff between the United States and Iran, even as key questions remained unanswered -- where the drones were launched from, and how the Houthis managed to hit facilities deep in Saudi territory, some 500 miles from Yemeni soil. Secretary of State Mike Pompeo accused Iran of being behind what he called "an unprecedented attack on the world's energy supply" and asserted that there was "no evidence the attacks came from Yemen." He did not, however, specify an alternative launch site, and the Saudis themselves refrained from pointing the finger directly at Iran. President Trump condemned the attack in a phone call with Saudi Crown Prince Mohammed bin Salman and offered support for "Saudi Arabia's self defense," the White House said in a statement, adding that the United States "remains committed to ensuring global oil markets are stable and well supplied." 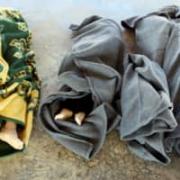