Our personal social networks are big and cluttered, and currently there is no good way to organize them. Social networking sites allow users to manually categorize their friends into social circles (e.g. We define a novel machine learning task of identifying users' social circles. We pose the problem as a node clustering problem on a user's ego-network, a network of connections between her friends. We develop a model for detecting circles that combines network structure as well as user profile information.

Clearview AI is "Orwellian," a new lawsuit alleges. Clearview AI, a controversial facial recognition app being used by US law enforcement to identify suspects and other people, is facing another lawsuit. The new suit, filed Thursday, seeks class-action status and $5 million in damages for what it calls willful, reckless or negligent violations of biometrics laws in Illinois by Clearview and CDW. It's fighting Clearview's collection, storage and use of biometric information without written consent, which is illegal, according to the lawsuit, which was spotted earlier Thursday by BuzzFeed. The app identifies people by comparing photos to a database of images scraped from social media and other sites. 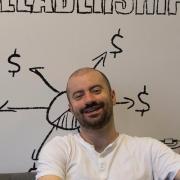 Our CEO was interviewed last week for the EDP and @techcorridoruk as part of their #disruptors series. Get an overview of how my company ubisend impacts consumer and employee to business communications. And catch glam shots of our offices! 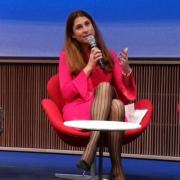 A Look at Deepfakes in 2020 Lionbridge AI

Deepfakes are synthetic media, usually videos, created with deep learning technology. By manipulating images, videos, and voices of real people, a deepfake can portray someone doing things they never did, or saying things they never said. By feeding a machine learning model thousands of target images, a deepfake algorithm can learn the details of a person's face. With enough training data, the algorithm can then predict what that person's face would look like when mimicking the expressions of someone else. A similar process is used for training deepfake algorithms to mimic the accent, intonation, and tone of a person's voice.

We've all seen stories about artificial intelligence in the news and on social media. Chat bots, speech recognition, machine translation and self-driving cars are just a few of the real-life examples you may have heard about or even experienced first-hand. The impact that AI decision-making has on the economy, society, education and our emotional well-being is tremendous. This begs the question: how well equipped are today's teachers to prepare their students for a world increasingly impacted by artificial intelligence and machine learning, and what opportunities and concerns do these developments bring to education? All educators are most welcome to join any time after the event.

AI & Machine Learning for MSPs: Breaking Through the Hype Webroot

Across various applications of #AI and #MachineLearning, the problem is the same: How to pull actionable intelligence from vast amounts of data. Learn how Webroot is using AI and ML to solve #cybersecurity problems critical for #MSPs. Webroot's Grayson Milbourne, Security Intelligence Director, and George Anderson, Product Marketing Director, examine the findings of a recent survey on the knowledge gap around AI and ML among IT professionals in the U.S. and Japan. Find the full survey, Knowledge Gaps: AI and Machine Learning in Cybersecurity, at https://wbrt.io/5zcur The Webroot channel features the best education and informative videos from our subject matter experts, the first to harness the cloud and artificial intelligence to protect businesses and individuals against cyber threats.

Residents walking down the streets of Wuhan, the epicenter of the coronavirus outbreak, could face chastisement from drones flying overhead. China is allegedly using drones to keep a watchful eye over its residents, to ensure they're taking the appropriate precautions to keep the coronavirus at bay. In addition, it's also believed that the nation is using robots in hospitals to alleviate the pressure from over-worked medical staff and to provide faster checks of the virus. Many news sources coming from China are sharing these methods, meant to fight the coronavirus outbreak. Huge stress and challenges have been added to medical workers in China due to the coronavirus outbreak. 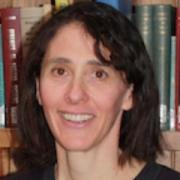 Excellent & insightful article on maturity (or lack thereof) of current AI for safety-critical applications, such as self-driving cars, by a researcher who knows what they're talking about.