Ethical AI, in simple words, is about ensuring your AI models are fair, ethical, and unbiased. So how does bias get into the model? Let's assume you are building an AI model that provides salary suggestions for new hires. As part of building the model, you have taken gender as one of the features to suggest salary. The model is trying to discriminate salary based on gender.

Scientists have proposed a new international framework to keep ethics and human wellbeing at the forefront of our relationship with technology. From gene therapy and AI-predicted disease to self-driving cars and 3D printing, advances in technology can improve health, free up time, and boost efficiency. However despite the best intentions of its creators, technology might lead to unintended consequences for individual privacy and autonomy. There's currently no internationally agreed-upon regulation about who, for example, has access to the data recorded by black boxes in cars, smart TVs and voice enabled personal assistants - and recent findings have shown that technology can be used to influence voting behaviour. Now, Imperial College London researchers have suggested a new regulatory framework with which governments can minimise unintended consequences of our relationship with technology.

A new segment of the annual Datacloud Global Congress taking place in Monaco 2-4 June, has been announced. Towards the Machine Edge – AI and ML in the Datacenter will include a new session focused on the critical importance of AI infrastructure deployment in facilities in key markets. The segment is supported by an "AI Hub" on the Exhibition floor at the event. With analytics transforming enterprise competitive advantage, and the critical need to maximize data potential, AI is being deployed in datacenters to manage IT workload distribution responsibilities, reduce the energy used for cooling, autonomously perform routine tasks including server optimization and analyze incoming and outgoing data for security threats. AI will become a strong differentiator in the delivery of datacenter services.

By Clare Liu, Data Scientist at fintech industry, based in HK. A decision tree is one of the popular and powerful machine learning algorithms that I have learned. It is a non-parametric supervised learning method that can be used for both classification and regression tasks. The goal is to create a model that predicts the value of a target variable by learning simple decision rules inferred from the data features. For a classification model, the target values are discrete in nature, whereas, for a regression model, the target values are represented by continuous values.

How To Learn A Programming Language As Fast As Possible 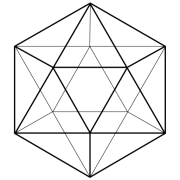 We believe graph machine learning is at the intersection of art and science. We use cutting-edge engineering and data science to help reveal insight from data, and find innovative ways to enable our users to get the most from the experience. The StellarGraph team consists of engineers, data scientists, researchers, devops, product managers, and UX designers all driven to build amazing technology. Get in touch to meet the team and learn how we can partner. 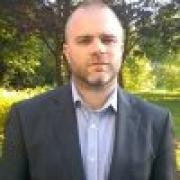 The US-based Consumer Technology Association (CTA) has developed the first ever accredited standard for use of artificial intelligence in health care, with input from tech giants such as Amazon, Microsoft, and Google. More than 50 organisations, from tech giants to startups and healthcare industry leaders, have developed the American National Standards Institute (ANSI) accredited quality mark. The standard is part of the CTA's new initiative on AI and is the first in a series that aims to set a foundation for implementing medical and health care solutions built on the technology. One issue that the standard aims to resolve is the way that AI-related terms are used in different ways, leading to confusion, particularly in the healthcare industry. The standard defines over 30 terms including machine learning, model bias, artificial neural network and trustworthiness.

In a major operator's network control center complaints are flooding in. The network is down across a large US city; calls are getting dropped and critical infrastructure is slow to respond. Pulling up the system's event history, the manager sees that new 5G towers were installed in the affected area today. Did installing those towers cause the outage, or was it merely a coincidence? In circumstances such as these, being able to answer this question accurately is crucial for Ericsson.

Robots aren't taking our jobs -- they're becoming our bosses

On conference stages and at campaign rallies, tech executives and politicians warn of a looming automation crisis -- one where workers are gradually, then all at once, replaced by intelligent machines. But their warnings mask the fact that an automation crisis has already arrived. The robots are here, they're working in management, and they're grinding workers into the ground. The robots are watching over hotel housekeepers, telling them which room to clean and tracking how quickly they do it. They're managing software developers, monitoring their clicks and scrolls and docking their pay if they work too slowly. They're listening to call center workers, telling them what to say, how to say it, and keeping them constantly, maximally busy. While we've been watching the horizon for the self-driving trucks, perpetually five years away, the robots arrived in the form of the supervisor, the foreman, the middle manager. These automated systems can detect inefficiencies that a human manager never would -- a moment's downtime between calls, a habit of lingering at the coffee machine after finishing a task, a new route that, if all goes perfectly, could get a few more packages delivered in a day. But for workers, what look like inefficiencies to an algorithm were their last reserves of respite and autonomy, and as these little breaks and minor freedoms get optimized out, their jobs are becoming more intense, stressful, and dangerous. Over the last several months, I've spoken with more than 20 workers in six countries. For many of them, their greatest fear isn't that robots might come for their jobs: it's that robots have already become their boss. In few sectors are the perils of automated management more apparent than at Amazon.

Dr. Alex Wissner-Gross wears many hats: he runs a company called Gemedy in Boston focused on artificial general intelligence (AGI), he has a number of academic appointments at Harvard and MIT, and he advises a number of governmental agencies. His goal is to ensure that the benefits of artificial intelligence (AI) are redistributed through the economy. You would think that someone with those titles and roles would have the definition of AI nailed. Turns out that the answer to the question of AI's definition is complicated by one fact: we don't have a precise definition of intelligence itself. On a recent AI Today podcast, Professor Alex Wissner-Gross shares his insights into AI and intelligence more broadly.