But before delving into'behind-the-scenes' of US banking industry meeting ATM, let's turn back time for a second -- on March 27th, 1998, in the New Tech 1998 conference in Denver, Colorado. Here, Neil Postman, a prominent American cultural critic and professor at New York University, gave a keynote lecture. Professor Postman has been a long-time scholar of how new technologies relate to human society, and the book'Amusing Ourselves to Death', a 1985 book that rose to stardom, shows how television technology is destroying public discourse and turning everything into entertainment. I think it has something to do with how we feel about the impact of today's media and how our lives exposed to it are deteriorating. Since this book, Professor Postman has strongly criticized the tendency to respond to all social problems through technical solutions.

When self-driving cars are coming, for real

Self-driving features have been creeping into automobiles for years, and Tesla (TSLA) even calls its autonomous system "full self-driving." That's hype, not reality: There's still no car on the market that can drive itself under all conditions with no human input. But researchers are getting close, and automotive supplier Mobileye just announced it's deploying a fleet of self-driving prototypes in New York City, to test its technology against hostile drivers, unrepentant jaywalkers, double parkers, omnipresent construction and horse-drawn carriages. The company, a division of Intel (INTC), describes NYC as "one of the world's most challenging driving environments" and says the data from the trial will push full self-driving capability closer to prime time. In an interview, Mobileye CEO Amnon Shashua said fully autonomous cars could be in showrooms by the end of President Biden's first term.

Early reviews of the new documentary film ROADRUNNER about the late food mogul Anthony Bourdain were overwhelmingly positive. Upon its official release last week, though, it started to get some backlash particularly after filmmaker Morgan Neville said he used artificial intelligence technology to create some quotes in Anthony's voice. In an interview with The New Yorker, Neville explained how his team "created an A.I. model of his [Bourdain's] voice" because there were three quotes wanted for the film that had no previous recordings before. By sending a software company hours of recordings and footage, they were able to splice together these quotes in Anthony's voice. "If you watch the film, other than that line you mentioned, you probably don't know what the other lines are that were spoken by the A.I., and you're not going to know," Neville told The New Yorker: "We can have a documentary-ethics panel about it later."

While the project centred around an exhibition in Hong Kong at the former cotton spinning mills housing the Centre for Heritage, Arts and Textile (CHAT, 30 April–18 July 2021), it kicked off with a Zoom symposium, Poetic Emergences: Organisation through Textile and Code (16–19 April 2021), that foregrounded the work of weavers, programmers, philosophers, and community workers investigating the transformative processes of textile and code. Keynote speaker Alexander R. Galloway, a New York-based media studies professor, discussed the innovations of two female mathematicians at the intersection of weaving and computation: Ada Lovelace (1815–1852), who theorised that Jacquard loom punch cards could store data in an analytical machine (i.e. Moderator Amy K.S. Chan, a Hong Kong-based professor and scholar, introduced Nüshu (literally: 'female script'), a syllabic script that was written and embroidered by women in Imperial China to compose fiction and correspond undetected by male family members. In'Session 2: Metaphors of E-Textiles', scholar Annapurna Mamidipudi discussed the PENELOPE project, which aims to integrate ancient weaving into the realm of digital technology, through the lens of her work with handloom weavers in South India. Mamidipudi riled against the pure academicians who confine the practice of weavers as'some kind of embodied ethno-mathematics that are not universal', and described weaving as a'technical mode of existence' that performs digital intelligence.

'Deepfake': A Piece of Thieves' Slang Gets a Digital Twist

In the new documentary "Roadrunner" about the life of celebrity chef Anthony Bourdain, the filmmakers made a controversial choice. The director, Morgan Neville, commissioned a software company to re-create Bourdain's voice digitally, synthesizing three lines of voice-over. The lines were statements that Bourdain wrote but never uttered before his death in 2018. The artificial-intelligence technology used to craft the fictitious audio is called "deepfake," and it has set off a debate online since food writer Helen Rosner published a piece in the New Yorker last week, "The Ethics of a Deepfake Anthony Bourdain Voice," interviewing Mr. Neville about the decision. While the audiovisual technology that allows this kind of trickery has long been in development, the word "deepfake" first emerged in late 2017. 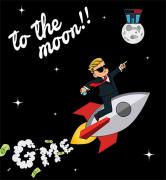 Experience The Future Of Cinema, As Campari Creates The First Short Film With Artificial Intelligence, Inspired By The Creative Genius Of Fellini

Campari, the iconic Italian aperitif, announces the return of Campari Red Diaries with Fellini Forward; a pioneering project, in collaboration with Fellini's family and former colleagues, exploring the late Federico Fellini's creative genius using new technology and machine learning to emulate the works of one of the greatest filmmakers of all time in a new and unique short film set in Rome. A one-of-a-kind documentary following the process will have its world premiere at the Venice Film Festival on September 7th and North American premiere as a Partner Presentation at the 59th New York Film Festival. The documentary will then be released on a subscription video on demand (SVOD) platform in select markets, inviting consumers to explore the future of cinema and creativity. Since its creation over 160 years ago, Campari has pushed the boundaries of creativity to go beyond the norm, unlocking the passions and talents of artists across different fields in the path to creation. From world famous names to emerging talent, the relationship between Campari and the arts, especially cinema, has been solidified over the years. Mobileye received a special permit from New York state, allowing manufacturers of "autonomous vehicle technology" to test on public streets. The permit requires that drivers be present in the vehicle but allows them to keep their hands off the steering wheel yet "be prepared to take control when required to … operate the vehicle safely and lawfully." It's unclear whether others may have applied. The state hasn't responded to a request for comment.