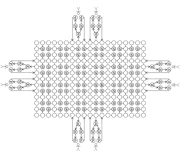 This mapping will be included in an AGV Picking Simulation Model that will be used for testing our routing strategies. Dijkstra's algorithm is an optimization algorithm that solves the single-source shortest path problem for a directed graph with weighted edges (non-negative weights). This length can be the absolute length of the path, it can also be computed considering other constraints situated on the edges or the nodes. These parameters will vary in time, therefore let's use a reinforcement learning approach to select the optimal route from these candidates in accordance with this state.

There is a growing role for artificial intelligence within horticulture, experts have claimed – but it is not the silver bullet many people think. Speaking at World of Fresh Ideas, Anthony Atlas, head of product and growth at agronomic machine-learning specialist ClimateAI, outlined the benefits and pitfalls of AI use on farms. Describing AI as "systems that generate predictions from past correlations – a giant pattern-identification machine", Atlas said AI is only as good as the training it receives. He stressed that it is not easy to build, and that there isn't one single system that does everything, but instead each task is done by a separate model trained to perform a particular task. In horticulture, AI is being used as a decision-support system in climate and weather forecasting, imagery interpretation and precision automation of greenhouses. Benefits of AI include more complexity, nuance and power, the ability to cheaply automate repetitive tasks, and the fact it is more lightweight than a supercomputer.

The intuition behind the random forest algorithm can be split into two big parts: the random part and the forest part. Let us start with the latter. A forest in real life is made up of a bunch of trees. A random forest classifier is made up of a bunch of decision tree classifiers (here and throughout the text -- DT). Each DT in an RF algorithm is completely independent of one another.

MAML is a class of meta-learning algorithms created by Stanford Research and UC Berkeley Alum Dr. Chelsea Finn. MAML was inspired by the idea behind the question that how much data is really needed to learn about something. Can we teach algorithms to learn how to learn? Taken from Chelsea Finn's original research: MAML is designed such that it trains a model on a variety of tasks such that it can learn a new learning task with only a small number of training samples. MAML introduces an outer loop called meta-training.

Everything You Need To Know About Google's Vertex AI 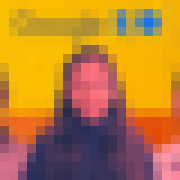 Alphabet CEO Sundar Pichai has introduced Vertex AI, a managed machine learning platform for deploying and maintaining AI models, during his keynote speech at the recently concluded Google I/O conference. The new platform brings AutoML and AI Platform together into a unified API, client library and user interface. "When we were training algorithms before, we would have to run millions of test images," said Jeff Houghton, chief operating officer of L'Oréal's ModiFace, which develops augmented reality and AI digital services for the beauty industry. "Now, we can rely on the Vertex technology stack to do the heavy lifting. Vertex has the computing power to figure out complex problems. It can do billions of iterations, and Vertex comes up with the best algorithms," Houghton added.

Image classification is a task where we want to predict which class belongs to an image. This task is difficult because of the image representation. If we flatten the image, it will create a long one-dimensional vector. Also, that representation will lose the neighbor information. Therefore, we need deep learning for extracting features and predict the result.

Here red appears before car in English whereas rouge(red) appears after voiture(car) in French. Not only in translation tasks model needs to understand the context properly even with QnA tasks, Text summarization, Image captioning and soon. This car is 2m in height -- so lean on my friend, 12m in width -- not very hug-able unfortunately, with a 8m wheelbase -- whatever use that information is for, a turning radius of just 0.1m -- making it easier to turn away from all your problems, a boot-space of 200 litres -- for all the luggage you'll carry for a trip and never use, a ground clearance of 0.25m -- in case you ever seek refuge under the car, a 6 cylinder engine with 5 valves -- a spec you'll only ever use while showing off and lastly has a dual overhead camshaft because big cars comes with big words. Here the model needs to memorize the numbers along with the corresponding features like height 2m, width 12m and soon and predict the answer based on the context it understood from the paragraph. Here context which is nothing but array of numbers, plays an important role in predicting the ouput sentence.

The dataset contains information about credit applicants. Banks, globally, use this kind of dataset and type of informative data to create models to help in deciding on who to accept/refuse for a loan. After all the exploratory data analysis, cleansing and dealing with all the anomalies we might (will) find along the way, the patterns of a good/bad applicant will be exposed to be learned by machine learning models. The goal is to train the best machine learning model to maximize the predictive capability of deeply understanding the past customer's profile minimizing the risk of future loan defaults. The metric used for the models' evaluation is the ROC AUC given that we're dealing with a highly unbalanced data.

How to Do Hierarchical Clustering in Python ? 5 Easy Steps Only

Hierarchical Clustering uses the distance based approach between the neighbor datapoints for clustering. Each data point is linked to its nearest neighbors. There are two ways you can do Hierarchical clustering Agglomerative that is bottom-up approach clustering and Divisive uses top-down approaches for clustering. In this tutorial, I will use the popular approach Agglomerative way. In order to find the number of subgroups in the dataset, you use dendrogram. It allows you to see linkages, relatedness using the tree graph. You will find many use cases for this type of clustering and some of them are DNA sequencing, Sentiment Analysis, Tracking Virus Diseases e.t.c. Popular Use Cases are Hospital Resource Management, Business Process Management, and Social Network Analysis. Here we are importing dendrogram, linkage, cluster, and cophenet from the scipy.cluster.hierarchy

Principal Component Analysis (PCA) is a Machine Learning algorithm used for various applications such as dimensionality reduction, data/image compression, feature extraction, and so on. The most common usage of PCA is dimensionality reduction (and we will see that in action below). PCA is basically used to extract/find patterns in a given dataset.