Trump threatens to move RNC without assurances from governor

President Donald Trump threatened Monday to pull the Republican National Convention out of North Carolina if the state's Democratic governor doesn't immediately sign off on allowing a full-capacity gathering in August despite the ongoing COVID-19 pandemic. Trump's tweets about the RNC, planned for Charlotte, come just two days after North Carolina recorded its largest daily increase in positive cases yet. On Friday, Gov. Roy Cooper moved the state into a second phase of gradual reopening by loosening restrictions on hair salons, barbers and restaurants. But he said the state must continue to closely watch virus trends and has ordered indoor entertainment venues, gyms and bars to remain closed for several more weeks. "Unfortunately, Democrat Governor, @RoyCooperNC is still in Shutdown mood & unable to guarantee that by August we will be allowed… full attendance in the Arena," Trump tweeted Monday.

NASA is on the hunt for volunteers for a'social isolation' mission that simulates the psychological effects of confinement. In a nod to the current virus pandemic, the space agency is after healthy participants to live together in isolation for eight months in Moscow, Russia. The ground based'SIRIUS-20' mission will help NASA learn more about'the physiological and psychological effects of isolation and confinement on humans'. The chosen participants – who have to be'US citizens, between the ages of 30 to 55 and'highly motivated' – will experience'environmental aspects' similar to those astronauts will experience on future missions to the Moon and Mars. SIRIUS is an international mission conducted in the NEK, a ground-based analog facility in Moscow.

Six-month-olds see people who imitate them as more friendly

Babies know when you imitate them - and they perceive it as a sign of friendliness, according to a new study. Swedish research suggest the imitation game is an infant's favourite way of interacting with adults, making them more engaged and likely to approach an adult. In experiments, six-month-old babies looked and smiled longer, and tried to approach the adult more often during the close mirroring of their actions. Babies also responded to being imitated with'testing behaviour' – actions that encouraged the adult imitator to imitate in turn. Imitation on behalf of the adult helps nurture a baby's sensitivity to others and could be a driving force of driving early social cognition, the research team report.

One of the carts, called, Targo, will trail behind staff. South Korean telco KT has deployed autonomous carts with 5G connectivity at its smartphone warehouses to alleviate the workload of staff, the company announced. The carts were co-developed by South Korean autonomous robot developer Twinny. One version of the cart, dubbed NarGo, will have a cart that has multiple carts trailing behind it, like a freight train. It is designed to carry large quantities of cargo, with each cart being able to carry 100 kilograms of goods.

A group of researchers from Monash, Swinburne, and RMIT universities have claimed that they have successfully tested and recorded the world's fastest internet data speed of 44.2Tbps using a single optical chip known as a micro-comb. The findings, published in the Nature Communications journal, revealed how the data speed achieved has the capacity to support high-speed internet connections of 1.8 million households in Melbourne, and users can download 1,000 HD movies in seconds. According to the researchers, the micro-comb, which is touted to be a smaller and lighter device than existing telecommunications hardware, was used to replace 80 infrared lasers and load-tested in infrastructure that mirrored networks used by the National Broadband Network. They did this by placing the micro-comb in 76.6km of installed dark optical fibres between RMIT's Melbourne city campus and Monash University's Clayton campus. The micro-comb was used to mimic a rainbow of infrared lasers so that each'laser' has the capacity to be used as a separate communications channel.

The Morning After: Texas Instruments makes it harder to cheat on its calculators

Graphing calculators have clung on to school lives despite us all carrying around smartphones that are several magnitudes more powerful. In a bid to reduce cheating in exam settings, Texas Instruments is pulling support for assembly- and C-based programs. If you install the latest firmware update, those kinds of programs won't work, and you won't be able to roll-back the device. While this could please teachers worried that students will use apps on their calculator to cheat during exams, enthusiasts are, unsurprisingly, mad. It reduces the control programmers have over their calculator apps. 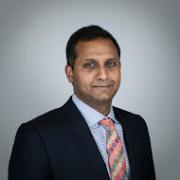 Even though you may not realize it, machine learning-powered matchmaking is present everywhere in our daily lives, from the type of content shown on our Facebook news feeds to the suggested TV shows that come up on Netflix, and even to the matches suggested on dating sites/apps like Match.com and Tinder. As machine learning continues to advance, it will start to make its way to the hiring process, driving efficiencies in connecting employers and candidates, especially for technical jobs. Analyzing large amounts of data on candidates will become increasingly important during the hiring process for many companies. Today, matching algorithms use strings and keywords in resumes to filter candidates. This enables companies to get more accurate results, quicker, during the hiring process.

CIOs and the circular economy: 'Ultimately, businesses will need to go this way'

In 10 years, the circular economy will be the only economy, replacing wasteful linear economies, predicts Gartner. According to Gartner, circular economic business models encourage continuous reuse of materials to minimise waste and the demand for additional natural resource consumption. "The circular economy creates an ecosystem of materials," notes Sarah Watt, senior director analyst at Gartner. "What was previously viewed as waste now has value. However those ecosystems are complex, and include many interdependencies and feedback loops."

Democratizing AI for All

Democratization puts AI into the hands of non-data scientists and makes artificial intelligence accessible to every area of an organization. With the emergence of enterprise AI platforms that automate and accelerate the lifecycle of an AI project, businesses can build, deploy, and manage AI applications to transform their products, services, and operations. But in order to reap the rewards that AI offers, it is essential that businesses first address how their organizations are set up, from their people to their processes. Democratizing AI through your organization requires more than just software. It may require changing your operation models and finding the right guidance to realize the full breadth of capabilities.