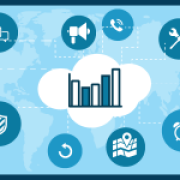 Tesla may be introducing machine-learning training as a web service with its upcoming'Dojo' supercomputer, CEO Elon Musk said on Twitter. Project Dojo was initially revealed by Musk last year and is a supercomputer which Tesla has been working on. The supercomputer has been designed to ingest massive amounts of video data and perform massive levels of unsupervised training on the visual data. The goal of Dojo will be to be able to take in vast amounts of data and train at a video level and do massive unsupervised training of vast amounts of video data. Dojo uses our own chips & a computer architecture optimized for neural net training, not a GPU cluster.

The full-self driving car is about to take a step closer to reality. Tesla CEO Elon Musk said Tuesday that the test version of company's Autopilot system will be released in "a month or so." While he didn't describe its capabilities, Musk said that once it's out, "you'll see what it's like. It's clearly going to work." A number of startups and established automakers have been racing to develop self-driving technology.

"Just as electricity transformed almost everything 100 years ago, today I actually have a hard time thinking of an industry that I don't think AI (Artificial Intelligence) will transform in the next several years." Andrew Ng. "I'm interested in things that change the world or that affect the future and wondrous, new technology where you see it, and you're like, 'Wow, how did that even happen? "The development of full artificial intelligence could spell the end of the human race….It would take off on its own, and re-design itself at an ever increasing rate. Humans, who are limited by slow biological evolution, couldn't compete, and would be superseded." "I don't want to really scare you, but it was alarming how many people I talked to who are highly placed people in AI who have retreats that are sort of'bug out' houses, to which they could flee if it all hits the fan." "With artificial intelligence we are summoning the demon.

Scientists are creating 3D-printed brain chips which could be used to treat nervous system conditions, including paralysis, by detecting and firing electrical signals. The chip has been developed and successfully tested on animals, and researchers are now hopeful it can be adapted for use in humans. It will also be able to connect to a computer and offer a host of next-generation medical benefits, scientists say. Linking the human brain to a computer is usually the work of science fiction writers and filmmakers, but moves are underway to make the technology a reality. Last month, Elon Musk hosted a high-profile event where he spoke about the developments with his own version of brain chip technology, Neuralink.

What if we create a Super-intelligence? Artificial Intelligence vs humanity

'Bionic eye' linked to chip in brain could cure blindness

It has been more than 10 years in the making, but scientists are preparing to implant a'bionic eye' in a human subject. Researchers at Monash University have developed wireless implants that sit on the surface of the brain, which are said to restore vision to the blind. Called Gennaris bionic vision system, it includes a custom headgear fitted with a camera and wireless transmitter, a vision processor unit and software and a set of 9x9 millimeter tiles that are implanted into the brain. Studies of the device, used in sheep, were found to be successful and did not produce any adverse health effects. The team is currently seeking funding to ramp up manufacturing and distribution of the implant, which they say could soon be used to cure other ailments including paralysis.

Elon Musk couldn't resist a small joke when he gave the world a first look at Neuralink, the brain-computer interface (BCI) project that he's been working on for the past two years. "I think it's going to blow your minds," he said. The aim of his startup is to develop technology to tackle neurological problems, from damage caused by brain or spine trauma to the type of memory problems that can become more common in people as they age. The idea is to solve these problems with an implantable digital device that can interpret, and possibly alter, the electrical signals made by neurons in the brain. "If you can correct these signals you can solve everything from memory loss, hearing loss, blindness, paralysis depression, insomnia, extreme pain, seizures, anxiety, addiction, strokes, brain damage; these can all be solved with an implantable neural link," Musk said at the demonstration of the technology, which also unexpectedly featured live pigs that had actually been implanted with the company's technology.

Everything to know about Autonomous Things (AuT)

Autonomous things (AuT), or the Internet of autonomous things (IoAT), is a rising term for the innovative advancements that are expected to carry computers into the physical environment as autonomous entities without human guidance, openly moving and collaborating with people and different items. AuTs are stocked with sensors, AI and analytical abilities to improve the things they can do. With that impact, each machine can settle on its own choice and complete tasks autonomously. These gadgets are fit for working independently. Autonomous devices need to interface with their environmental surroundings to stay away from accidents.

Neuralink Draws Interface Between a Computer and the Human Mind

Fascinated by technology, connected by words. I am a tech writer and a freelancer. August 29 might possibly be remembered as the day when technology took over the limitations of human life. In one of the most appealing events of technological history, the tech entrepreneur Elon Musk presented a live demonstration of his brain hacking device LINK V0.9. Supposedly, the device fits inside a human brain.

At a Friday event, Elon Musk revealed more details about his mysterious neuroscience company Neuralink and its plans to connect computers to human brains. While the development of this futuristic-sounding tech is still in its early stages, the presentation was expected to demonstrate the second version of a small, robotic device that inserts tiny electrode threads through the skull and into the brain. Musk said ahead of the event he would "show neurons firing in real-time. And he did just that. At the event, Musk showed off several pigs that had prototypes of the neural links implanted in their head, and machinery that was tracking those pigs' brain activity in real time. The billionaire also announced the Food and Drug Administration had awarded the company a breakthrough device authorization, which can help expedite research on a medical device. Like building underground car tunnels and sending private rockets to Mars, this Musk-backed endeavor is incredibly ambitious, but Neuralink ...