Object Detection with No Data Thanks to Template Matching 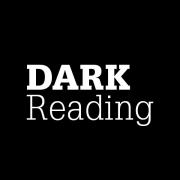 Facial recognition is quickly becoming a disruptive technology with few limits imposed by privacy policy. Academic researchers, however, have found ways to -- at least temporarily -- cause problems for certain classes of facial-recognition algorithms, taking advantages of weaknesses in the training algorithm or the resultant recognition model. Last week, a team of computer-science researchers at the National University of Singapore (NUS) published a technique that locates the areas of an image where changes can best disrupt image-recognition algorithms, but where those changes are least noticeable to humans. The technique is general in that it can be used to develop an attack against other machine-learning (ML) algorithms, but the researchers only developed a specific instance, says Mohan Kankanhalli, a professor in the NUS Department of Computer Science and co-author of a paper on the adversarial attack. "Currently, we need to know the class [of algorithm] and can develop a solution for that," he says.

The next time you search for and tap on an image on Google, you may see some helpful information related to what's on your screen. The company is now more deeply integrating its Knowledge Graph with pictures that it finds online. Say you're paging through photos of famous buildings as in the GIF above, you'll see a new element of the interface that highlights people, places or things related to the current picture. You can then tap on these to find out more information about them. As usual, you'll also see prompts for related searches. If you've ever searched for something and seen a panel to the side of the main interface that displays some facts related to your query, then you've seen the Knowledge Graph in action.

Google's AI looks beneath the surface for information about people, places, and things in images

Google today announced it will begin showing quick facts related to photos in Google Images, enabled by AI. Starting this week in the U.S., users who search for images on mobile might see information from Google's Knowledge Graph -- Google's database of billions of facts -- including people, places, or things germane to specific pictures. Google says the new feature, which will start to appear on some photos within Google Images before expanding to more languages and surfaces over time, is intended to provide context around both images and the webpages hosting them. It's estimated that images currently make up 12.4% of search queries on Google, and at least a portion of these are irrelevant or manipulated. In an effort to address this, Google earlier this year began identifying misleading photos in Google Images with a fact-check label, expanding the function beyond its standard non-image searches and video.

What is Image Recognition their functions, algorithm and its uses

The visual performance of Humans is much better than that of computers, probably because of superior high-level image understanding, contextual knowledge, and massively parallel processing. But human capabilities deteriorate drastically after an extended period of surveillance, also certain working environments are either inaccessible or too hazardous for human beings. So for these reasons, automatic recognition systems are developed for various applications. Driven by advances in computing capability and image processing technology, computer mimicry of human vision has recently gained ground in a number of practical applications. Image recognition refers to technologies that identify places, logos, people, objects, buildings, and several other variables in digital images.

How Google Might Rank Image Search Results - SEO by the Sea

We are seeing more references to machine learning in how Google is ranking pages and other documents in search results. That seems to be a direction that will leave what we know as traditional, or old school signals that are referred to as ranking signals behind. It's still worth considering some of those older ranking signals because they may play a role in how things are ranked. As I was going through a new patent application from Google on ranking image search results, I decided that it was worth including what I used to look at when trying to rank images. Images can rank highly in image search, and they can also help pages that they appear upon rank higher in organic web results, because they can help make a page more relevant for the query terms that page may be optimized for.

Image recognition is the process of identifying and detecting an object or a feature in a digital image or video. Some of its applications include systems for factory automation, face recognition, booth monitoring, and security surveillance. Image recognition is embedded in technologies that enable students with learning disabilities to receive the education they need -- in a form they can perceive. Apps powered by computer vision offer text-to-speech options, which allow students with impaired vision or dyslexia to'read' the content. By employing image recognition, Jetpac caught visual cues in the photos and analyzed them to offer live data to its users.

Google has said that it will begin fact-checking images that appear from its search results. Starting today, a'Fact Check' label will start appearing under thumbnails. Clicking on the thumbnail will show a quick summary of the fact check, including the claim and a rating from a fact-checker such as Politifact. This tool is organised using ClaimReview, which is a method used by publishers to indicate fact-checked content to search engines, which are already used by Google Search and Google News. Fact-checkers have to meet Google's criteria before they can be used as the source.

In this code pattern, work through the process of analyzing an image data set using a pre-trained convolution network (VGG16) and extracting feature vectors for each image using a Jupyter Notebook. Machine learning algorithms provide many useful tools that solve real-world problems. One of the domains that machine learning has had great success with is image recognition. By using computational power to identify images and compare them to other images, you can use machines to perform tasks that a few years ago could be done only by humans. Engineers and data scientists who work with image recognition can encounter a few challenges that can put limits on the work that can be done with machine learning algorithms.

Accelerate your business with Vision AI and Machine Learning -

We provide end-to-end image analysis and vision AI expertise on different business verticals. Your simple data can be turned into a working AI. We will clean and analyze the data you'll provide. We will provide and maintain an AI-powered interface you can use. From trademark searches based on your logo (rather than the traditional text-based searches others offer), AI-powered image search solution for your enterprise, to our generative image-building solution that takes the images you input and develops new iterations.