The insurance industry is reliant on a strong digital presence and detailed analytics, whether for marketing, risk analysis or the prediction of future events. An insurer who can adopt Artificial Intelligence (AI) and Machine Learning (ML) will gain an advantage over their competitors that will last for years to come. Artificial Intelligence involves using computers to complete tasks such as learning and problem solving that traditionally require human intelligence. Machine Learning is an application of artificial intelligence that provides the ability to automatically learn from the environment and applies that learning to make better decisions. If we take the first example of marketing AI, and in this case, Natural Language Processing (NLP) is able to extract social media posts, reviews and threads that surround your company and your competitors.

See why you should be excited about #AI and machine learning coming to the workplace: http://sap.to/6040GaqYe...

The Robots are Coming! Why you should be excited about AI and Machine Learning? Resource Centre - SAP Concur Singapore

According to 2015 APQC, 62% of accounts payable costs come from labor - and that figure doesn't account for the opportunity cost of wasting time that could be better spent on innovation and strategic thinking. At SAP Concur, we have been using Machine Learning (ML) for several years to do things for our customers that could not be done any other way. With SAP Leonardo, we continue investing in the future of ML and AI with a set of innovative services that make everything from travel booking to expense auditing smarter, more automated and easier for your employees. Download the white paper now, and learn more at www.concur.com.sg

Diversity in AI: The Invisible Men and Women

In June, a crisis erupted in the artificial intelligence world. Conversation on Twitter exploded after a new tool for creating realistic, high-resolution images of people from pixelated photos showed its racial bias, turning a pixelated yet recognizable photo of former President Barack Obama into a high-resolution photo of a white man. Researchers soon posted images of other famous Black, Asian, and Indian people, and other people of color, being turned white. Two well-known AI corporate researchers -- Facebook's chief AI scientist, Yann LeCun, and Google's co-lead of AI ethics, Timnit Gebru -- expressed strongly divergent views about how to interpret the tool's error. A heated, multiday online debate ensued, dividing the field into two distinct camps: Some argued that the bias shown in the results came from bad (that is, incomplete) data being fed into the algorithm, while others argued that it came from bad (that is, short-sighted) decisions about the algorithm itself, including what data to consider.

Machine Learning is an application of artificial intelligence (AI) that provides systems the ability to automatically learn and improve from experience without being explicitly programmed. It can also be defined as the scientific study of algorithms and statistical models that computer systems use to effectively perform a specific task without using explicit human intervention, relying on patterns and inference instead. Similarly, a mathematical equation is a statement that defines the equality of two expression which can be used to define almost all the remaining mathematical theorems and science theories. Neural Networks are simply an artificial model of the human brain which are generally composed of perceptron which are further composed of structures known as nodes and weights. These nodes can activate or deactivate with inputs and further activate more nodes further levels down the neural path. This is the basic concepts by which neural network works.

GPT-3 Is A (Very Impressive) Tool, But It's Not A Leap Forward For AI

Today, Microsoft announced that will team up with OpenAI to exclusively license GPT-3. If you haven't heard of GPT-3, you may have been away from tech news for a few weeks. And who could blame you with all that's going on? For those who don't know, GPT-3 is an AI-driven language generating system. An application that among other things can write articles. You supply it a headline and an introductory paragraph, ten or so samples of the kind of writing you want it to produce and it does the rest.

The dataset comes from the context of ad conversions where the binary target variables 1 and 0 correspond to conversion success and failure. This proprietary dataset (no, I don't own the rights) has some particularly interesting attributes due to its dimensions, class imbalance and rather weak relationship between the features and the target variable. First, the dimensions of the data: this tabular dataset contains a fairly large number of records and categorical features that have a very high cardinality. Note: In FastAI, categorical features are represented using embeddings which can improve classification performance on high cardinality features. Second, the binary class labels are highly imbalanced since successful ad conversions are relatively rare. 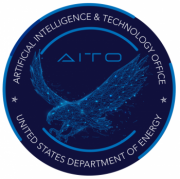 The Artificial Intelligence & Technology Office (AITO), the Department of Energy's center for artificial intelligence, will accelerate the delivery of AI-enabled capabilities, scale the Department-wide development of AI, synchronize AI applications to advance the agency's core missions, and expand public and private sector strategic partnerships, all in support of American AI leadership. Artificial intelligence is all around us -- even if we don't realize it -- and the rapid spread of AI technologies into our lives raises big questions about security. Artificial intelligence is all over the news, but what's all the hype really about? We travel to Oak Ridge National Lab in Tennessee to find out how AI is going to revolutionize science, and welcome a new podcast to the Department of Energy family! Check out the Direct Current podcast page to subscribe. Insights from artifical intelligence has the potential to transform nearly every aspect of the world as we know it.

Finally, AI is ready for the mainstream. When your enterprise is handling transactions between 25 million sellers and 182 million buyers, supporting 1.5 billion listings, manual decision-making processes just won't cut. Such is the case with eBay, the mega commerce site, that has been employing artificial intelligence for more than a decade. As Forbes contributor Bernard Marr points out, eBay employs AI across a broad range of functions, "in personalization, search, insights, discovery and its recommendation systems along with computer vision, translation, natural language processing and more." As part of a massive operation with so much experience with AI, Mazen Rawashdeh, CTO of eBay, has plenty to say about the current state of enterprise AI.