In the decision, the UKIPO Hearing Officer, Huw Jones, citing sections 7 and 13 of the Act (The Patents Act 1977) and Rule 10 of the Rules (The Patents Rules 2007), Officer Jones said "the Office accepts that DABUS created the inventions" in the patent applications but that as it was a machine and not a natural person, it could not be regarded as an inventor. Moreover, as DABUS has no rights to the inventions, the Officer stated it is unclear how the applicant derived the rights to the inventions from DABUS: "There appears to be no law that allows for the transfer of ownership of the invention from the inventor to the owner in this case, as the inventor itself cannot hold property." Id. at p. 6. Officer Jones further noted that while he agreed inventors other than natural persons were not contemplated when the EPC was drafted, "it is settled law that an inventor cannot be a corporate body." Accordingly, since the "applicant acknowledges DABUS is an AI machine and not a human, so cannot be taken to be a'person' as required by the Act." However, the Hearing Officer also added that the case raised an important question: given that an AI machine cannot hold property rights, in what way can it be encouraged to disseminate information about an invention?

The widening scope of AI applications

The race towards the adoption of Artificial Intelligence is on. While AI applications are already being integrated across various industries, governments around the world are beginning to take it seriously too. Canada was the first country in the World to issue a national AI strategy in 2017. Ever since then, 30 more countries have followed suit. The two largest economies of the World are already spending billions on the R&D for defense and non-defense related AI applications.

The time has come for lawmakers to settle this debate before it's too late. Some days ago, a court in Shenzhen, China ruled that a creative work produced by artificial intelligence (AI) enjoyed copyright protection. With an increase in use case of AI in content generation, be it an article or a painting, whether such work attracts the provisions of a country's copyright act needs to be addressed. In the China case, an online platform accused of reproducing an informative article created by an AI tool without permission was asked to pay a fine for financial losses and for infringing copyright. The question left on the table though, was -- what about the copyright of those content owners whose works were used by the AI tool to generate that info article in the first place?

The impact of the development of computer science on the knowledge of law is phenomenal and fundamental. Yet, few lawyers have the expertise to understand the impact of new algorithmic methods in their practice. The objectives of the training are twofold: the first is to transfer knowledge and skills in this high-tech sector, while the second is to provide technical training to lawyers. The university degree "Artificial Intelligence and Intellectual Property" has, on the one hand, a goal to remedy this lack in the field of intellectual property rights. Indeed, if there are many training courses on the digital and the law, none sufficiently understates the new issues of artificial intelligence in the field of intellectual property rights, in order to understand and control the issues of protection of these new types of creation, their usefulness to the implementation of rights, as well as their technical and economic environment.

Researchers at IIT Kharagpur have evolved an artificial intelligence-aided method to automate reading of legal judgements. A research team at the institute's Department of Computer Science and Engineering has developed two deep neural models to understand the rhetorical roles of sentences in a legal case judgement, an IIT KGP statement said here. This could be unique in India where the country uses a Common Law system that prioritises the doctrine of legal precedence over statutory law and where legal documents are often written in an unstructured way, a member of the team said. "Taking 50 judgments from the Supreme Court of India, we have segmented these by first labelling sentences with the help of three senior law students from IIT Kharagpur's Rajiv Gandhi School of Intellectual Property Law," Saptarshi Ghosh, professor of the Department of Computer Science and Engineering, who is leading the research team, said. "We then performed extensive analysis of the human- assigned labels, and developed a high quality gold standard corpus to train the machine to carry out the task," Ghosh said.

KHARAGPUR: Researchers at IIT Kharagpur have evolved an Artificial Intelligence-aided method to automate the reading of legal case judgments, the premier institute said in a statement on Friday. The researchers from IIT Kharagpur's Computer Science and Engineering department have developed two deep neural models to understand the rhetorical roles of sentences in a legal case judgment, which could prove phenomenal in India where AI is yet to sufficiently penetrate the legal field. The country uses a Common Law system that prioritises the doctrine of legal precedent over statutory law, and where legal documents are often written in an unstructured way. "Taking 50 judgments from the Supreme Court of India, we segmented these by first labelling sentences with the help of three senior law students from IIT Kharagpur's Rajiv Gandhi School of Intellectual Property Law, then performing extensive analysis of the human-assigned labels and developing a high quality gold standard corpus to train the machine to carry out the task," explained research lead Professor Saptarshi Ghosh. Unlike earlier attempts which required substantial human intervention, the neural methods used by Ghosh's team enables automatic learning of the features, given sufficient amount of data, and can be used across multiple legal domains.

Copyright in the Age of Artificial Intelligence

On Wednesday, February 5, 2020, the U.S. Copyright Office and the World Intellectual Property Organization (WIPO) are co-sponsoring Copyright in the Age of Artificial Intelligence 9:00 a.m. to 5:00 p.m. eastern time in the Montpelier Room of the Library of Congress, James Madison Memorial Building, in Washington, DC. This event will take an in-depth look at how the creative community currently is using artificial intelligence (AI) to create original works. Panelists' discussions will include the relationship between AI and copyright; what level of human input is sufficient for the resulting work to be eligible for copyright protection; the challenges and considerations for using copyright-protected works to train a machine or to examine large data sets; and the future of AI and copyright policy. Maria Strong, Acting Register of Copyrights and Director of the U.S. Copyright Office, will provide opening remarks and Francis Gurry, Director General, WIPO, will provide the opening keynote. The event is free and open to the public.

How AI is disrupting the legal tech industry

Although artificial intelligence (AI) has been around for decades, the industry has seen a recent resurgence. According to a report from PwC and CB Insights, AI investment in the US resulted in a 36 per cent compounded annual growth rate (CAGR) between 2013 and 2018. This jump in AI spending was more pronounced in 2018, increasing 72 per cent from the year prior. As momentum grows, intelligent software is permeating a diverse range of industries. The pursuit of operational efficiency and resulting cost savings remain primary drivers of AI adoption.

The NewLaw Wave: Who's Staying Afloat & Who's Drowning - STARTUPS TIPS 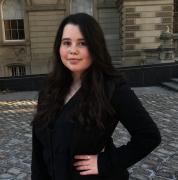 Traditional law has paved a trail of stagnation, but now that AI and ALSPs have broken into the industry, suddenly nothing is certain. My research on the NewLaw industry unraveled the two biggest sectors of Alternative Legal Service Providers; LPOs and Alternative Staffing Providers. Together, the two sectors cater perfectly to the legal market; one arm focuses on completing menial legal labour with cost effective outsourcing, and the other arm focuses on insourcing experienced legal talent for projects that necessitate expertise in a certain area. Soon though, these two arms will become one fully functioning limb, homogenizing the industry to achieve versatility and supersede the benefits of turning to a traditional law firm. It seems masochistic to abide by TradLaw standards when law firms and in-house counsels finally have the option to automate tasks or outsource/insource various legal work.