The Church of Artificial Intelligence of the Future - The Stream

There is a church that worships artificial intelligence (AI). Zealots believe that an extraordinary AI future is inevitable. The technology is not here yet, but we are assured that it's coming. We will have the ability to be uploaded onto a computer and thereby achieve immortality. You will be reborn into a new, immortal silicon body.

Why business is booming for military AI startups

Militaries are responding to the call. NATO announced on June 30 that it is creating a $1 billion innovation fund that will invest in early-stage startups and venture capital funds developing "priority" technologies such as artificial intelligence, big-data processing, and automation. Since the war started, the UK has launched a new AI strategy specifically for defense, and the Germans have earmarked just under half a billion for research and artificial intelligence within a $100 billion cash injection to the military. "War is a catalyst for change," says Kenneth Payne, who leads defense studies research at King's College London and is the author of the book I, Warbot: The Dawn of Artificially Intelligent Conflict. The war in Ukraine has added urgency to the drive to push more AI tools onto the battlefield.

Millions of students attend community colleges every year, with almost 1,300 schools located in every corner of the United States. With their large student bodies, community colleges are a massive source of potential for expanding the artificial intelligence (AI) workforce, but employers and policymakers alike sorely underestimate their potential. If the United States aims to maintain its global lead and competitive advantage in AI, it must recognize that community colleges hold a special spot in our education system and are too important to be overlooked any longer. As detailed in a recent study I co-authored as part of Georgetown University's Center for Security and Emerging Technology (CSET), community colleges have the potential to support the country in its mission for superiority in AI. Community colleges could create pathways to good-paying jobs across the United States and become tools for training a new generation of AI-literate workers.

Precision, Accuracy, Scale – And Experience – All Matter With AI

When it comes to building any platform, the hardware is the easiest part and, for many of us, the fun part. But more than anything else, particularly at the beginning of any data processing revolution, it is experience that matters most. Whether to gain it or buy it. With AI being such a hot commodity, many companies that want to figure out how to weave machine learning into their applications are going to have to buy their experience first and cultivate expertise later. This realization is what caused Christopher Ré, an associate professor of computer science at Stanford University and a member of its Stanford AI Lab, Kunle Olukotun, a professor of electrical engineer at Stanford, and Rodrigo Liang, a chip designer who worked at Hewlett-Packard, Sun Microsystems, and Oracle, to co-found SambaNova Systems, one of a handful of AI startups trying to sell complete platforms to customers looking to add AI to their application mix. The company has raised an enormous $1.1 billion in four rounds of venture funding since its founding in 2017, and counts Google Ventures, Intel Capital, BlackRock, Walden International, SoftBank, and others as backers as it attempts to commercialize its DataScale platform and, more importantly, its Dataflow subscription service, which rolls it all up and puts a monthly fee on the stack and the expertise to help use it. SambaNova's customers have been pretty quiet, but Lawrence Livermore National Laboratory and Argonne National Laboratory have installed DataScale platforms and are figuring out how to integrate its AI capabilities into the simulation and modeling applications. Timothy Prickett Morgan: I know we have talked many times before during the rise of the "Niagara" T series of many-threaded Sparc processors, and I had to remind myself of that because I am a dataflow engine, not a storage device, after writing so many stories over more than three decades. I thought it was time to have a chat about what SambaNova is seeing out there in the market, but I didn't immediately make the connection that it was you. 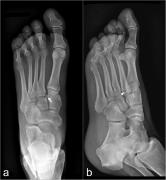 Researchers have noted that traumatic fractures are among the most commonly missed diagnoses.1,2 However, a new study suggests that artificial intelligence (AI) may have significant benefit in improving the assessment of fractures.3 In the study of 500 patients (268 men and 232 women), researchers compared unassisted assessment of acute fractures versus assessment with the assistance of an FDA-cleared algorithm (Boneview, Gleamer) and stand-alone use of AI. The authors found that AI assisted assessment had a 20 percent higher sensitivity (86 percent) of diagnosing fractures on radiographs in comparison to unassisted assessment (66 percent). The use of AI assistance led to a lower number of false negatives (26) in comparison to unassisted radiograph assessment (64), according to the study.

25 AI Insurance Companies You Should Know

The insurance industry has always dealt in data, but it hasn't always been able to put that data to optimal use. With the rise of artificial intelligence, which analyzes and learns from massive sets of digital information culled from public and private sources, insurers are embracing the technology's many facets -- from machine learning and natural language processing to robotic process automation and audio/video analysis -- to provide better products. Customers, too, are benefitting from practices like comparative shopping, quick claims processing, around-the-clock service and improved decision management. To get a better sense of how AI impacts the insurance industry, check out these 25 AI insurance applications. Liberty Mutual explores AI through its initiative Solaria Labs, which experiments in areas like computer vision and natural language processing. Auto Damage Estimator is one result of these efforts.

Over the last few years, responsible AI has gone from a niche concept to a constant headline. Responsible, trustworthy AI is the subject of several documentaries, books, and conferences. The more we make responsible AI an expectation and a known commodity, the more likely we are to make it our reality. This enables us to flourish with more accessible AI. This is our shared goal through the Responsible AI Badge certification programme for senior executives.

Without Driver, But With Coyotes: First Ride in a Cruise Robotaxi Through San Francisco

Tuesday night was the night. I rode in one of Cruise's fleet of driverless robotaxis in San Francisco for the first time. Thanks to an Austrian friend who already had access to the Cruise app, we hopped into one of the driverless cars at around 11 p.m., went out for a few drinks, and then headed back in another Cruise robotaxi, again driverless. Here is the first video with some driverless Cruises we saw while waiting for ours. Also watch out for minute 7:56 to see the coyotes.

The study population were patients with dilated cardiomyopathy, in which an explainable pre-trained deep neural network (FactorECG) was trained for the outcome of life-threatening ventricular arrhythmias. This network encoded the median beat ECG into 21 factors to generate an ECG using only these factors, allowing to evaluate most characteristics that make up an ECG automatically, in a relatively small dataset. LVAD, left ventricular assist device.

Elon Musk fathered two children in 2021 with Shivon Zilis, a top executive at his artificial intelligence company Neuralink, new court documents show. The world's wealthiest man now has nine known children, including five children with his first wife, Justine Musk, and two with the singer Claire Boucher, known professionally as Grimes. Court documents obtained by Insider and published on Wednesday showed that Elon Musk and Zilis filed a petition to change their twin babies' names to "have their father's last name and contain their mother's last name as part of their middle name". The petition was filed in Austin, Texas, where the babies were born, and was approved by the judge. Zilis reportedly gave birth in November 2021, weeks before Musk and Boucher had their second child via a surrogate.