Add Peloton to the list of companies experimenting with a move into video games. The fitness giant revealed its first endeavor called Lanebreak. In a statement published to Peloton's website, David Packles, the company's senior director of product management, said the game requires players to match or sustain their cadence or resistance during a workout to get the highest possible score. Riders can control their cadence with their leg speed, said Packles, and switch lanes by turning the resistance knob on their bikes. Players will also face multiple obstacles all synchronized to the beat of the music. 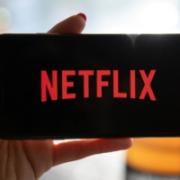 Netflix Inc., marking its first big move beyond TV shows and films, is planning an expansion into video games and has hired a former Electronic Arts Inc. and Facebook Inc. executive to lead the effort. Mike Verdu will join Netflix as vice president of game development, reporting to Chief Operating Officer Greg Peters, the company said on Wednesday. Verdu was previously Facebook's vice president in charge of working with developers to bring games and other content to Oculus virtual-reality headsets. The idea is to offer video games on Netflix's streaming platform within the next year, according to a person familiar with the situation. The games will appear alongside current fare as a new programming genre -- similar to what Netflix did with documentaries or stand-up specials.

Google made a big leap into interactive entertainment on Tuesday as it announced an online video gaming platform that the company says represents the future of play. The streaming games service, called Stadia, allows users to run video games on sophisticated hardware maintained remotely by Google while directly controlling the action from their own devices over an Internet connection. Google's approach closely mirrors that of Netflix and on-demand video, a model that has since spread to e-books, music and live television. And it differs from existing platforms such as Valve's Steam, which require users to download and install a game before it can be played. At an industry conference in San Francisco, Google also debuted a console-style game controller designed to communicate with the new games service, which is built on top of the Google Chrome browser and runs from Google data centers located around the world.

The Morning After: These are the best selfie camera phones

We're talking well-intended New Year's resolutions, the best selfie camera smartphones and the inside story on which company seems most likely to launch the'Netflix of games'. It's hard to make excuses when there's a spin class in your spare room. Peloton -- and its connected bike -- has become the poster child for a new era of on-demand exercise. Promising all the camaraderie and structured routines of a real-world spin class from the comfort of home. Peloton's workout library is extensive.