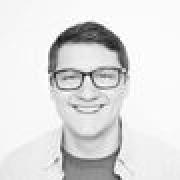 Owning a Call of Duty eSports franchise could cost $25 million

Activision Blizzard is apparently making headway with the launch of the city-based Call of Duty League it announced in February. According to ESPN, an esports executive from the company has already been meeting with prospective buyers -- namely professional CoD teams and Overwatch League owners -- to talk business and tell them that the franchise fee will cost them a whopping $25 million per team slot. That puts its franchise fee in the same price range as the Overwatch League, which also cost the first batch of owners $20 million per team. ESPN says the company later sold expansion slots for between $30 to $60 million. In addition, the gaming giant is asking potential buyers to indicate their interest within the next 14 days if they want to enter a non-binding deal.

The NFL of e-sports? This company wants to create 'Overwatch' league with city-specific video game fans

Blizzard Entertainment pioneered e-sports with its "Starcraft" franchise more than a decade ago. Now, with "Overwatch," the Irvine video game maker wants to bring to e-sports the wealth and recognition that sports such as soccer, football and basketball generate. To do so, Blizzard Entertainment, a division of Santa Monica's Activision Blizzard Inc., announced Friday it will adopt hallmarks of traditional sports leagues to form an e-sports league more instantly relatable than others spawned in the last few years. Blizzard envisions professional teams for the shooting game "Overwatch" based in a major cities worldwide. Players would be scouted and signed through free agency and receive guaranteed salaries and benefits.

For Overwatch League, the true test starts in 2020

One-thousand six-hundred feet from where the final cheers faded for the 2019 Overwatch League season, one can find the first signs of what Activision Blizzard hopes will become a physical symbol for the league's future success -- a future that will be shaped in no small part by the outcome of the next 12 months. In late September, the City of Brotherly Love's Overwatch team, the Philadelphia Fusion, broke ground on a new esports arena, situated between the homes of the NHL's Flyers and NFL's Eagles. Comcast Spectacor, owner of the Fusion and Flyers, sunk $50 million into the 3,500 seat arena and practice facility, a large bet for a league that is just completing its second season. Starting in February of 2020, Overwatch League teams will play between one and five weekend series in their designated home markets. Activision Blizzard hopes to mirror traditional sports by leveraging fan allegiance for a geographical region, not just a team.

Activision Blizzard had been seeking a $20 million franchise fee from Overwatch League team owners, with no revenue sharing until after 2021, ESPN has reported. Blizzard Entertainment released the "Overwatch" multiplayer shooter title in May 2016, and it's already attracted more than 30 million players, according to the company. The Overwatch League, currently set to launch its first season before the end of 2017, is the first city-based pro esports league, with initial teams in the U.S. as well as China and Korea. Activision Blizzard expects to announce more teams for the league before the beginning of the first season, with the long-term goal of teams in the world's 28 largest media markets. "It's the first league -- ever -- that's global," said Pete Vlastelica, CEO of Activision Blizzard's Major League Gaming eSports division.