Google's Android Automotive OS is coming to Honda cars in 2022

A host of features are being added to Google's Android Auto experience, and the company's Automotive OS will come to more cars including, for the first time, Honda vehicles from 2022 onwards. Google introduced its Android Auto app in 2015, enabling drivers to run a tethered connection between their smartphone and their vehicle's stereo system to play music from the device, have Maps' turn-by-turn directions be read aloud, and take calls through the sound system. In the six years since, both Android Auto and the infotainment systems they operate on have gotten a whole lot smarter. On Thursday, Google announced that it will be rolling out even more features and capabilities to drivers, whether they run Android Auto on their phones or directly through their cars. While Android Auto has been designed to minimize distractions to the driver when on the road, initially connecting the phone to the infotainment or stereo system has to date been a whole thing.

Google is releasing a safety-focused update to its Android Auto platform to make it easier for drivers to access content and view messages. The update, due out in the coming days, aims to offer simpler and safer ways to interact with the Android Auto user interface. The update includes a new message preview feature, an updated media user interface, voice search tweaks, and group messaging. The new media interface offers large album art to make finding and playing music and podcasts quicker and easier. This feature works in Google Play Books, Google Play Music, iHeartRadio, Pocket Casts.

Why Voice Tech is the Future of the Automotive Industry

Car manufacturers are catching on the new tech wave. After the pandemic hit and social-distancing became our new normal, a personal vehicle became one of the safest ways to travel -- with proper sanitation, of course. And as we're all moving to a touchless future, the automotive industry is no exception. According to the study by Voicebot.ai While analysts from Frost & Sullivan predict that the importance of digital voice assistants in automotive branding will increasingly grow. We believe that in the next few years, voice technology will become one of the key drivers transforming the automotive industry.

On Wednesday, Volvo's performance brand debuted its first all-electric car, the Polestar 2. But the new Tesla Model 3 competitor is causing a stir in the auto industry not only for its performance, but for being the first car to feature Google's native version of Android built for cars. The first Polestar vehicle (aptly named Polestar 1) was a plug-in hybrid two-door coupe that came out in 2017. The brand's second car is a bit more practical with four doors and longer battery range, mimicking the price, design, and capability of the Model 3 -- Tesla's more affordable sedan that starts at $42,000. The Polestar 2 was revealed this morning, but with a $63,000 price tag, way above its more budget-friendly expectations. The company says after the first year it will eventually go for closer to $45,000.

Renault-Nissan teams up with Google, letting Android take over the dashboard 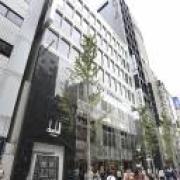 Renault SA, Nissan Motor Co. and Mitsubishi Motors Corp. are about to do what many carmakers have been trying to avoid: let Google into the dashboard. The French-Japanese auto alliance announced Tuesday a technology partnership that will make its vehicles among the first to use Google's Android operating system in the dashboard, letting Alphabet Inc.'s software control mapping and navigation, infotainment and a suite of apps directly installed in the car. Most carmakers allow Android Auto and Apple Inc.'s CarPlay into the dashboard only by plugging in a smartphone and projecting a limited number of apps onto the vehicle's touch screen. Most carmakers have tried to keep Google and Apple at arm's length, hoping to keep control of such valuable data as a driver's whereabouts, driving patterns, shopping preferences and infotainment use. Automakers have also sought to forge their own commercial partnerships to sell connected services, rather than let tech players like Google cash in.