As 2018 winds down, here are some of USA TODAY's favorite video games of the year

Tech columnist Marc Saltzman gives his take on the best family-friendly video games of the year. Parents who feel they're fighting a losing battle against Fortnite are turning to addiction treatment programs. "Fortnite" may have commanded much of the attention paid to video games in 2018, but plenty of other releases arrived to occupy lovers of the interactive medium. With the calendar turning toward 2019 and the game industry getting ready for its next generation of consoles, USA TODAY's Eli Blumenthal, Brett Molina, Marc Saltzman and Mike Snider offer a look at a few of their favorite video games of the year that was. Technically, it launched more than a year ago, but 2018 has undeniably been the year of "Fortnite." You can attribute much of the PlayStation 4's amazing run of the last seven years to its exclusive titles. While Nintendo remains the most prolific producer of high quality exclusive console games, Sony amassed considerable might during the PlayStation 4′s run, acquiring acclaimed studios that would go on to produce titles that would sweep awards shows. It's why Microsoft has invested in its own studios, including last year's atomic announcement that Xbox now owns Bethesda Game Studios, the creators of the "Elder Scrolls" series. Gene Park: "Bloodborne" was a game so good, it helped me completely get over my last, serious and long-term relationship. It was early 2015, and there were going to be some big changes in our lives. I was looking to move out of Hawaii, while she wanted to expand her local business's footprint. Our relationship was already on the rocks before "Bloodborne" released, and we'd already had some legendary battles and arguments between us, you know, the kind that end in screaming matches and tearful apologies.

Don't Miss Out Again on the Perfect Mario Game

Benjamin Frisch: OK, let's maybe start with some quick background: What's your relationship to the Mario universe? I've played pretty much all of the mainline Mario games, with the exception of 3D World, which I was very excited to finally get to play, since I sat out on Nintendo's previous console, the Wii U. Karen Han: I've always lived in a Nintendo household, but I admittedly haven't played that many of the big Mario games--most of my Mario experience comes from the Mario Party and Mario Kart series, though I feel like no one who was around when Super Mario Sunshine came out [in 2002 on GameCube] could escape that game completely. I also played through Super Mario Odyssey when it came out on the Switch, but I'd say that's the only Mario game I've ever actually completed. Evan Urquhart: The first video game I really got into as a child was Super Mario Bros. 3, and one of my all-time favorite games is Super Mario 64, so I have a deep connection to this series. I've played most of the 2D and 3D games, but like others, I skipped the Wii U entry, so I'm new to 3D World.

Nintendo's 'Super Mario 3D World' Gets Another Chance On The Switch 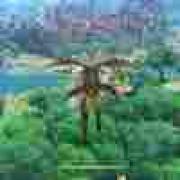