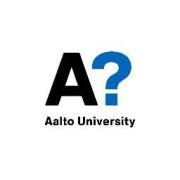 Two-thirds of drivers would risk driving through flood water, despite it being the leading cause of death during a flood, the Environment Agency says.

Haunting Images of the World's Most Polluted Environments

Norilsk, Russia, is an industrial city of 175,000 people located 200 miles north of the Arctic Circle, a place so far north that it is completely dark for two months every winter. Founded as a Soviet prison labor camp, an estimated 650,000 prisoners were sent here by Stalin between 1935 and 1956; 250,000 are believed to have died from starvation or overwork. It's a city abounding in superlatives: Norilsk is Russia's northernmost, coldest, and most polluted city. Why would anyone choose to live in this former gulag? Because below the ground are vast deposits of some of the world's most valuable minerals, including palladium, which is used in cellphones and sells for about $970 an ounce.

Warnings as flood risk remains in Kent and South East

Motorists are being warned not to drive through flood water after thunderstorms and torrential rain brought parts of Kent and London to a standstill. The Environment Agency has said further rainfall over the next few days could lead to more localised flooding. The warning comes after south-east England received a month's worth of rain in a few hours on Tuesday. Some roads remain closed due to the flooding, fallen trees and sewage overflow. A spokesman for the Environment Agency said: "We remind people not to drive through flood water as just 30cm can move your car, and to check our active alerts and warnings - which are updated every 15 minutes - online.

L.A. is taking a different path on severe watering restrictions. Here's how it will work

Los Angeles residents now know the plan for significantly cutting water use beginning June 1. The Department of Water and Power differs in some key ways from other local agencies that are struggling with unprecedented water restrictions due to the drought. The restrictions, ordered by the Metropolitan Water District of Southern California, target areas that rely heavily or entirely on the State Water Project, a Northern California water supply that officials say is dangerously low after the state's driest-ever start to the year. Unprecedented cuts in water use will require sacrifices for Southern California. The plan was designed to achieve at least a 35% reduction in water consumption, which can be done through volumetric allocations or one-day-a-week watering limitations.