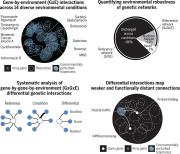 #324: Embodied Interactions: from Robotics to Dance, with Kim Baraka

In this episode, our interviewer Lauren Klein speaks with Kim Baraka about his PhD research to enable robots to engage in social interactions, including interactions with children with Autism Spectrum Disorder. Baraka discusses how robots can plan their actions across multiple modalities when interacting with humans, and how models from psychology can inform this process. He also tells us about his passion for dance, and how dance may serve as a testbed for embodied intelligence within Human-Robot Interaction. Kim Baraka is a postdoctoral researcher in the Socially Intelligent Machines Lab at the University of Texas at Austin, and an upcoming Assistant Professor in the Department of Computer Science at Vrije Universiteit Amsterdam, where he will be part of the Social Artificial Intelligence Group. Baraka recently graduated with a dual PhD in Robotics from Carnegie Mellon University (CMU) in Pittsburgh, USA, and the Instituto Superior Técnico (IST) in Lisbon, Portugal. 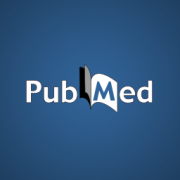 Combination antibiotic therapies are clinically important in the fight against bacterial infections. However, the search space of drug combinations is large, making the identification of effective combinations a challenging task. Here, we present a computational framework that uses substructure profiles derived from the molecular structures of drugs and predicts antibiotic interactions. Using a previously published data set of 153 drug pairs, we showed that substructure profiles are useful in predicting synergy. We experimentally measured the interaction of 123 new drug pairs, as a prospective validation set for our approach, and identified 37 new synergistic pairs.